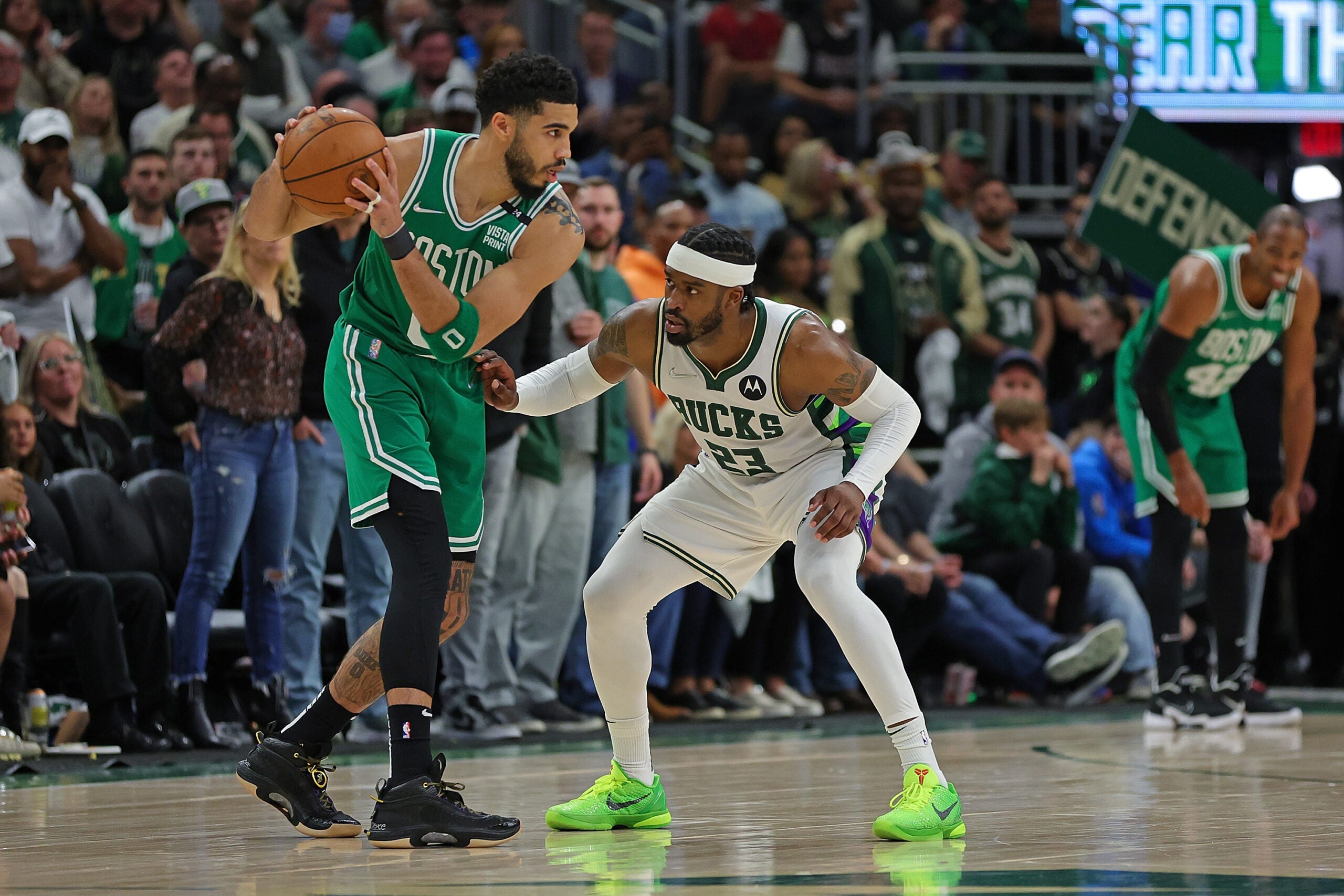 Jayson Tatum knows he needs to be better in Game 4.

Ordinarily, we’d plug in a quote from Tatum after Game 3 right here (postgame quotes that included “I just got to be better” and “Obviously, I didn’t play my best today” and “Obviously, I have to be better” all would have been contenders), but you don’t need Tatum to tell you he needs to play better. Tatum doesn’t need to hear it. He knows. You know. The Celtics know. The Bucks know. Another 4-for-19 performance and the Celtics’ season might very well be sunk by an inopportune cold streak.

For Tatum, a player who cares very deeply about things like legacy and narrative, Monday’s game is a narrative moment — a chance for him to define how he will be discussed for the next year.

Tatum has spoken openly about his desire to check certain boxes on his superstar to-do list — making an All-Star team, making All-NBA, etc. No superstar skates through his career without obstacles, whether those obstacles are injuries, key losses, or bad moments, but how a superstar responds to those obstacles can often define his career. The narrative around LeBron James shifted dramatically after his famous Game 6 against the Celtics. The narrative around Dirk Nowitzki shifted dramatically after he led the Mavericks to a championship. Like it or not, narrative matters immensely.

Fortunately, there’s little reason to believe Tatum will shoot that poorly again. With all due respect to Wesley Matthews, who defended him well at times, Tatum missed a lot of shots that he often makes. Even getting bumped by Matthews, Tatum could have dropped in this one.

He unquestionably should have made this one.

Ime Udoka noted that the Bucks didn’t really change their coverage on Tatum in Game 3 — he just missed a lot of shots.

“We didn’t set screens great for him in Game 3 as opposed to Game 2,” Udoka said. “Game 1 wasn’t the best either, so that was an area we really cleaned up.

“But he also has to be patient and set his man up and use the screen. So it’s a full team thing. It’s not on any one player to free him up, especially how they’re guarding him.”

Tatum can and should be better. The Celtics need it badly. When the Bucks can get away with single-covering him, the Celtics’ offense shrinks drastically, and they simply can’t afford that again. The Celtics punished the Bucks by single-covering Antetokounmpo at times in Games 1 and 2, but they gave that advantage back in Game 3 when Tatum allowed the same coverage to work on him.

Still, the Celtics might not need Tatum to fully embody LeBron’s smoldering stare before Game 6. A more efficient performance that coincides with better defense against Giannis Antetokounmpo would probably do the trick.

Some other assorted things to watch:

We’ve said it before, but it bears repeating: The Celtics don’t need to hold Antetokounmpo scoreless to win. They simply need to make a reasonable percentage of their shots and prevent him from demolishing them with assists. Antetokounmpo finished with 42 points and eight assists, three of which were 3-pointers. In other words, Antetokounmpo was responsible for 61 points. The Celtics can’t afford that.

It is imperative that one of Al Horford or Grant Williams guards Antetokounmpo on every possession. Switches are bad news — Antetokounmpo rumbles right past or through Tatum, Jaylen Brown, and Rob Williams (as well as any guard). To survive his unique blend of strength and athleticism, only stout defenders like Horford and Grant Williams have any chance.

Horford and Williams will make mistakes, and Antetokounmpo will score. But if the Celtics are diligent avoiding switches and stick to their defensive charges like glue, they should be able to mitigate the damage.

How are points in the paint still this one-sided?

Here’s a pair of stats for you: The Bucks have outscored the Celtics 140-76 in the paint so far in this series, aided significantly by their massive advantage in fast-break points at 56-25.

The Celtics don’t need to pound the ball inside the way Antetokounmpo does, but they do need to be able to generate points consistently if the 3-point shot isn’t falling. Brook Lopez deserves a lot of credit for stymying them, and Tatum in particular needs to be better, but to steal a phrase from Udoka above: “It’s a full team thing.” The Bucks win when they turn the Celtics over.

“We’ve guarded [Antetokounmpo] extremely well in the half court, so offensively you have to be better to limit them getting out in transition,” Udoka said. “Eighteen fast break points in the third quarter when they only had 21 for the game and that’s where they kind of got the lead and got ahead. It’s a lot that’s dependent on how we play offense.”

Here a list of things you — presumably a Celtics fan — can expect from Derrick White this season:

Here’s a list of things you — presumably a Celtics fan — can’t expect from White, unless you want to unnecessarily raise your blood pressure:

Maybe next season, White can offer more — he was a trade deadline acquisition, after all, and picking up with a new team is difficult. A full training camp spent with the Celtics’ best players could be highly beneficial. For now, the Celtics could really use more stat lines like Game 3 (14 points, 3-for-6 shooting, eight free-throw attempts, zero turnovers).

White can play lead guard at times, but the Celtics might be better off when he looks to draw fouls and score first. Tatum and Smart are more than capable of handling the real work of distributing.

The Celtics are asking Tatum and Brown to be their usual selves in the playoffs — the defense and role players are proving they can hold their own in high-pressure situations. For his part, Brown rose to the challenge the last two games. If he does so again in Game 4, even a minimally better performance by Tatum could make a world of difference.

Get breaking news and analysis delivered to your inbox during basketball season.

Stars of the TV series “SNL” who got on the romance list: photo

Lockheed ( LMT ) has secured a $957 million deal for the NGAP prototype...