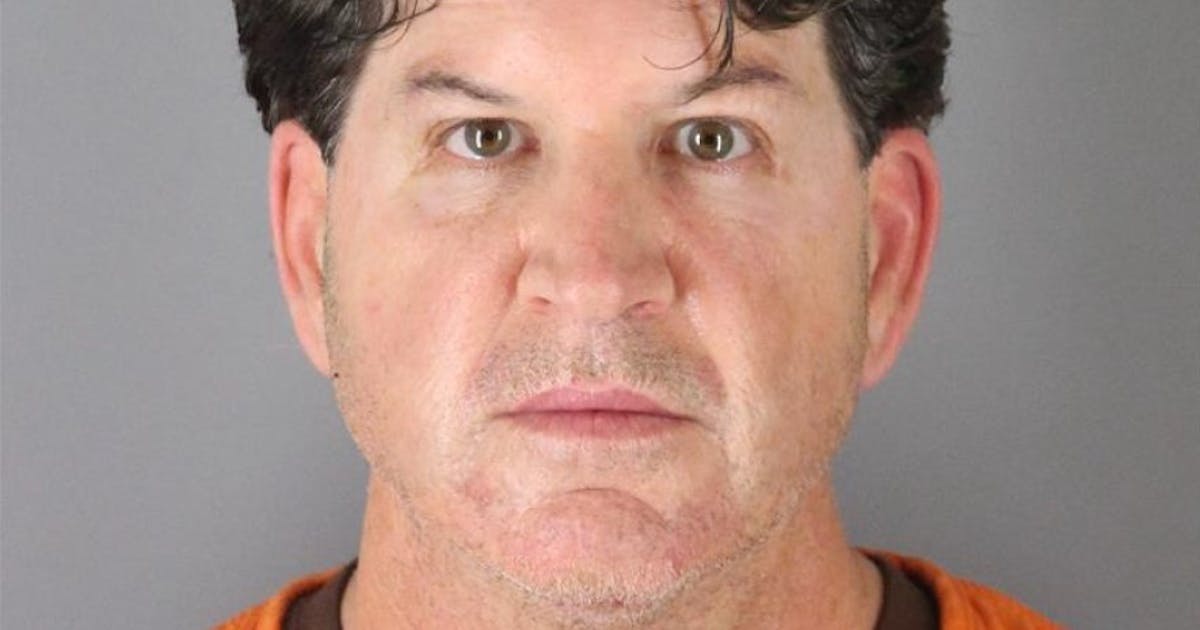 An Orono man was sentenced Thursday to a 7 1⁄2-year term for killing his two passengers in a crash last summer when he drove nearly 100 miles an hour while drunk on a winding Lake Minnetonka road.

The sentencing in Hennepin County District Court of James D. Blue, 52, abided by the specifics of an agreement between the defense and prosecution reached in August, when he pleaded guilty to two counts of criminal vehicular homicide in the deaths of Mack Motzko, 20, and Sam Schuneman, 24, on July 24 after Blue crashed into woods along North Shore Drive near his home.

Blue is expected to serve the first five years in prison and the balance on supervised release. Two counts of third-degree murder were dismissed, along with two additional criminal vehicular homicide counts alleging gross negligence.

Judge Regina Chu pronounced Blue’s sentence after he tearfully apologized for taking the lives of Schuneman and Motzko, the son of Bob Motzko, head coach of the University of Minnesota men’s hockey team.

“To the Motzkos and the Schunemans and their family and friends, I just want to say how sorry I am for what I’ve done,” Blue said. “I understand that I must be punished. … The anguish, the pain, the heartache, the suffering that I have caused the Motzkos, the Schunemans and all their many friends, it’s overwhelming.”

With that, Blue was handcuffed by a sheriff’s deputy and led from the courtroom ahead of his scheduled transfer from jail to prison no sooner than Friday.

When imposing the sentence, Chu said to Blue, “You’ve taken responsibility for your actions, and I have no doubt that you have extreme remorse for having killed these two young men, but your actions resulted in their death. … You’ve thought about it every day. I hope one day that with time you can find some peace of mind. “

The parents of Schuneman and Motzko were not present. While no one spoke on behalf of the families in court, Chu revealed that she received at least 20 written statements and letters filled with love and admiration for the two men. At one point, more than 240 friends, family members and others accessed the hearing over video.

“They were two remarkable young men who touched a lot of lives, who were the glue who held their families and friends together,” Chu said, in a nod to what she read.

Several of Blue’s supporters reinforced how he has accepted responsibility — legally, financially and otherwise — and that his remorse is sincere. They also praised his dedication to reaching and maintaining sobriety without faltering.

Two fellow members of Alcoholics Anonymous shared with the court how Blue immediately entered treatment after the crash and had just reached a milestone of nine months of sobriety.

Dennis Bonner acknowledged his longtime friend’s remorse, saying, “It’s something he’s going to have to live with the rest of his life.”

Blue had a blood alcohol content of 0.175%. The legal limit for driving in Minnesota is 0.08%. Gummies containing THC — the psychoactive compound in marijuana — several crushed white pills and five green capsules also were found in his pocket, the charges read.

Mack Motzko worked at the Minneapolis Golf Club while playing junior hockey for the Sioux Falls Stampede and the New Mexico Ice Wolves. He was an incoming recruit for the Penticton Vees, a junior hockey team in British Columbia.

Schuneman originally was from Maple Grove, but was living in Scottsdale, Ariz., at the time of the crash. He was home visiting family and friends.

The plea agreement required that Blue accept in full all the incriminating events from the night of the crash. They include:

Blue, thrown from the wreckage, admitted on the spot to police that he was the driver and had been drinking alcohol.

A woman at the scene, who told police she was Schuneman’s girlfriend and Motzko’s sister, said they were all at a party at Blue’s house. She urged the two men not to ride with Blue in his 2017 Bentley Flying Spur, which court records said was worth $140,000.

Others at the party told police that Blue was drinking shots of liquor and had eaten THC gummies.

Defense attorney Fred Bruno sought a last-minute change in the plea agreement and proposed that Blue have nine months trimmed off his sentence, citing his time in treatment and living in a sobriety residence.

The prosecution objected to any change to the plea’s terms, and Chu agreed, saying, “There was no evidence that there was any lockdown at any of the facilities that you were at, so there is no legal basis for it. Also, it was not part of the agreement.”

While addressing the judge, Bruno also pointed out that from Day One, Blue took responsibility for what he did.

“In my 42 years of practice, I’ve never seen anything quite like what Mr. Blue has done to put the genie back in the bottle,” he said. “The steps he has taken to express his remorse, accept responsibility and make amends have been unparalleled.”