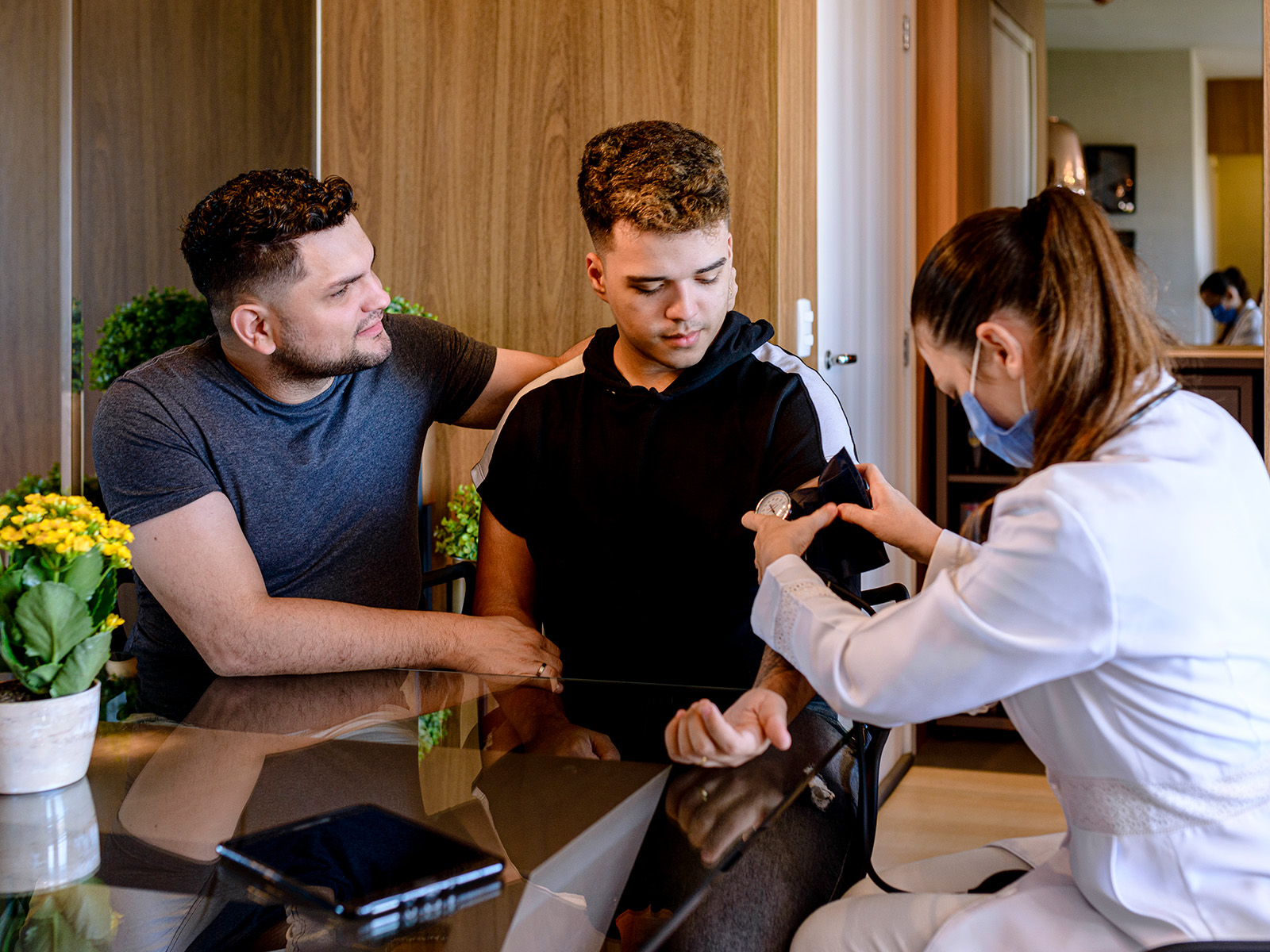 A few weeks ago, Bob Bongiovanni found himself at a local hospital when his husband needed emergency gallbladder surgery. After hours of waiting, a nurse finally wheeled his husband into the room where Bongiovanni and his family were and asked, “Who’s the wife in here?” All of his family members eyed Bongiovanni. He raised his hand and identified himself as the spouse. The nurse responded by laughing for about 15 seconds and then proceeded to adjust a blood pressure monitor while not making eye contact with anyone in the room. She left without saying another word. Bongiovanni’s husband’s blood pressure was disconcertingly high and soon a different nurse came in and said, “What on Earth has happened to this machine?” and subsequently had to reprogram the monitor.

“All these thoughts went through my mind,” Bongiovanni says. “Was that an accident? If I had been a woman, was there something she was going to tell me that was important to my husband’s outcome or care? Was she just too embarrassed or too flustered to tell me and now I was left without that information?,” Bongiovanni says. Scenarios like this aren’t uncommon because so few health care professionals have been trained to navigate situations where they need to be culturally sensitive. A bill working its way through the Colorado General Assembly this month may change that.

House Bill 22-1267, also known as the Culturally Relevant Training Health Professionals bill, would set aside $1 million in grant funding to create culturally relevant training modules for health care professionals about priority populations. The listed priority populations are expansive and include people of color, older adults, those experiencing homelessness, Indigenous groups, veterans, and people with disabilities, among others. Envision:You, a nonprofit that focuses on mental health for Colorado’s LGBTQ+ community, and OneColorado, an advocacy group for LGBTQ Coloradans and their families, worked with legislators to create the bill.

Challenges faced by LGBTQ individuals in health care settings can take many forms, including not being asked about their pronouns, sexual orientations, or gender identities; being called by their legal names as opposed to their chosen names; and having to fill out noninclusive health history forms. “The reality is that LGBTQ people are not a monolith. We’re literally representative of every identity,” says Nadine Bridges, the executive director of OneColorado. “And so each one of these identities will intersect with our identities, sometimes double and triple. So we want to make sure that providers are seeing that they are not only serving somebody who identifies as being bisexual, but maybe that person is a person of color, and maybe that person is an older adult. And all of these issues need to be understood, or at least have built empathy around.”

The bill has passed the House and a Senate committee and is currently in Senate appropriations for review. The bill’s sponsors expect it to take about a week to go through appropriations followed by another week for reconciliation in the House before it lands on the desk of Governor Jared Polis, who has not taken a public stance on the legislation.

If HB 1267 passes and is signed by Polis, the Colorado Department of Public Health and Environment’s Office of Health Equity would set up the grant-making process. Nonprofits would then be able to apply for funding to create training materials. Once created, these training materials would be available via the Colorado Department of Regulatory Agencies (DORA), the state agency that licenses professionals such as doctors, nurses, and therapists. The modules wouldn’t be mandatory for licensure, but when providers update their licensing there would be a prompt in DORA suggesting that they can take the trainings, which are expected to be low cost or free of charge.

Proponents of the bill say practicing physicians and other health care professionals are outspoken about their desire for better education on these topics. “There’s a significant lack of access to it,” says Zamora Evans, a program coordinator at Envision:You. “[It’s] really just sort of a vacuum for training that is profession specific.”

Although the bill doesn’t specifically require that advocacy nonprofits for the designated priority populations be involved in creating the modules, it does stipulate that when making the list of organizations that could conduct the trainings, the Office of Health Equity will consider “the ability of each qualified entity to address the needs of priority populations.” “The difference that we think is critical and why this legislation is so important, is that often the curriculum for these trainings are developed by people who are not directly connected to the community,” says Steven Haden, CEO of Envision:You. If all goes well, he estimates the modules would be available to Colorado health care professionals in summer 2023.

Ultimately, if this bill passes the effects may reach well beyond just the state of Colorado. Because of the innovative nature of this legislation,” Haden says, “we expect that other states will follow suit to start addressing the similar concerns that, sadly, we see across this country.”