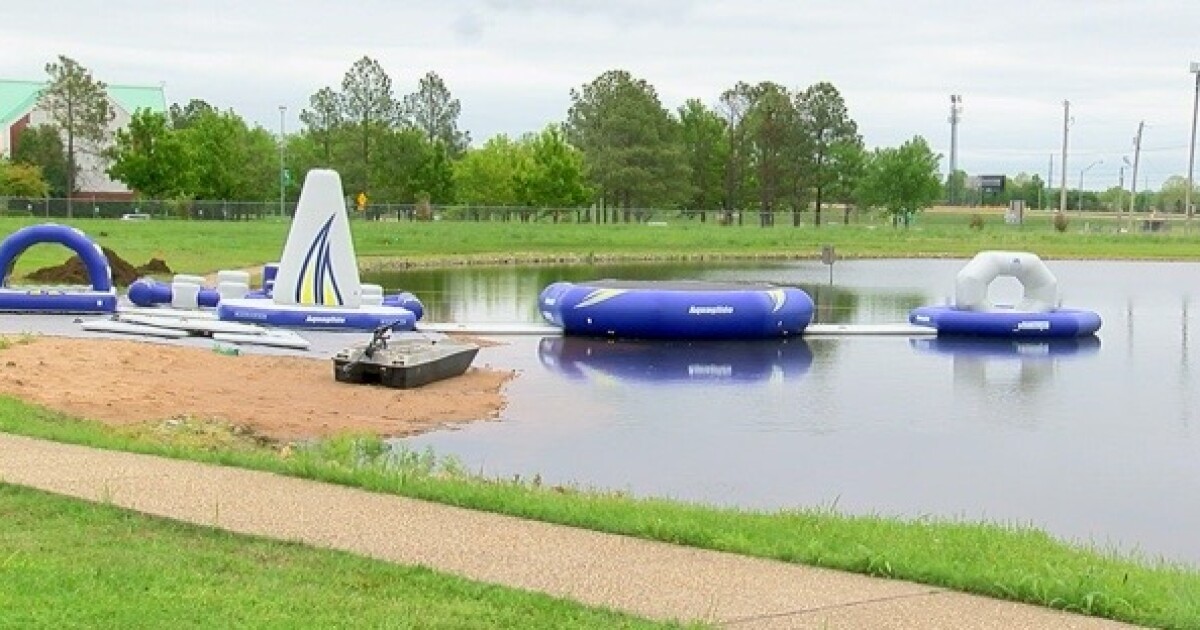 This summer community members could be making a splash in a Broken Arrow pond enjoying an inflatable water park.

The Broken Arrow City Council is expected to decide Tuesday night whether to approve a special use permit for the H2O Inflatable Aqua Park.

The company wants to set up the inflatable obstacle course on the pond at the Boy Scouts facility at 2800 East New Orleans also known as 101st and 193rd East Avenue.

Hager says they decided to bring this to broken arrow because of the growth in the city and the prime spot they found.

“Lucking out and finding something that was going to be easy access from all over Tulsa Metroplex and being right off the creek turnpike it was just a no brainer,“ he said.

To pay for the use of the pond for the summer, Hager says they plan to make a donation to the boy scouts based on their revenue.

Mayor Debra Wimpee says she’s been to a similar inflatable water park and is excited about it possibly coming.

“It’s not anything that I know that’s around here that we can even get to pretty quickly,” Wimpee said. “So I thought that’s kind of fun just a different idea and something more to add to the quality of life that our city offers.”

People pay to play here by the hour and schedule it on their website.

They provide a life jacket, give you the rules and then you get to have fun on the anchored inflatable water park.

But some residents worry traffic will be an issue.

“I think it’s a great idea. I love the idea,” Derek Masingale, a BA resident, said. “But let’s do it with the right infrastructure in place. I mean let’s get the roads widened or do it in a location that can support the traffic.”

Hager doesn’t believe that will be a problem.

“Unlike a traditional water park, we have a capacity of 200 people per hour. So we are only going to average between 50 to 70 cars that are coming through per hour,” Hager said.

Another concern is the snakes that are in the area.

“As far as snakes and critters and things like that, we have some preventative maintenance that we are putting out we are also going to put ultrasonic devices out to keep everything away,” he said.

While there are other concerns, Mayor Wimpee says Hager is willing to and has already started addressing them.

“He’s got remedies for all these things and he’s been doing this and he’s done it in other cities and other ponds so it sounds like he knows what he’s doing,” she said. “Hopefully this is something that we are adding to our summer plans.”

If approved by the city council, the park plans to open on Friday, May 27 which is memorial day weekend. They’ll stay open through labor day.

The owner says he’ll decide each year whether to bring it back based on its popularity.

If it works out, they’ll consider expanding in the Tulsa area.

DC 33 Philadelphia history: A clash over trash and political patronage