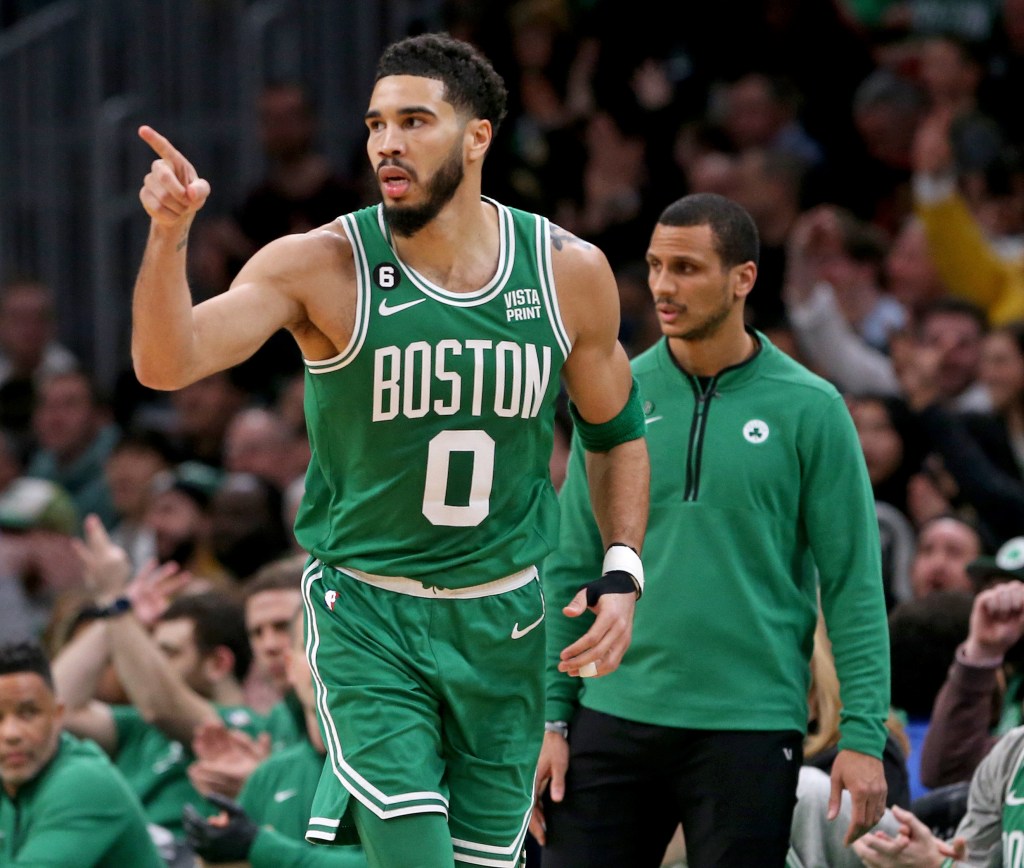 For more than three quarters – and nearly four – the Celtics’ NBA Finals demons continued to follow them.

The Warriors, in their first visit to TD Garden since claiming a championship here, continued to inflict familiar pain on the Celtics. Steph Curry hit an impossible buzzer-beating 3-pointer and danced on Boston’s parquet again. Jayson Tatum and Jaylen Brown – in similar fashion to last June – were struggling again, seemingly seeing ghosts whenever they saw a Golden State jersey.

But the Celtics have insisted they learned from last season’s heartbreak, that they’ve grown from their pain and put that past to learning lessons. They’ve done so by marching to the league’s best record. But there seemed to be a mental block against the Warriors, especially after a humbling loss last month in San Francisco.

On Thursday – somehow – they finally conquered those demons.

It was far from pretty. For most of the night, they had no business winning. And they needed an extra five minutes to do it. But the Celtics finally found a way to topple the Warriors. Behind a late surge, a chaotic final minute of regulation and clutch plays, the Celtics overcame the Warriors with a wild 121-118 victory at TD Garden.

Jayson Tatum scored 34 points – though he went 9-for-27 from the field – with a career-high 19 rebounds and Jaylen Brown had just 16 points as he struggled in his return. But both of them eventually had a hand in pulling off this victory. Al Horford had arguably his best game of the season as he scored 20 points and came up with big plays on both ends late as the Celtics earned their eighth consecutive victory.