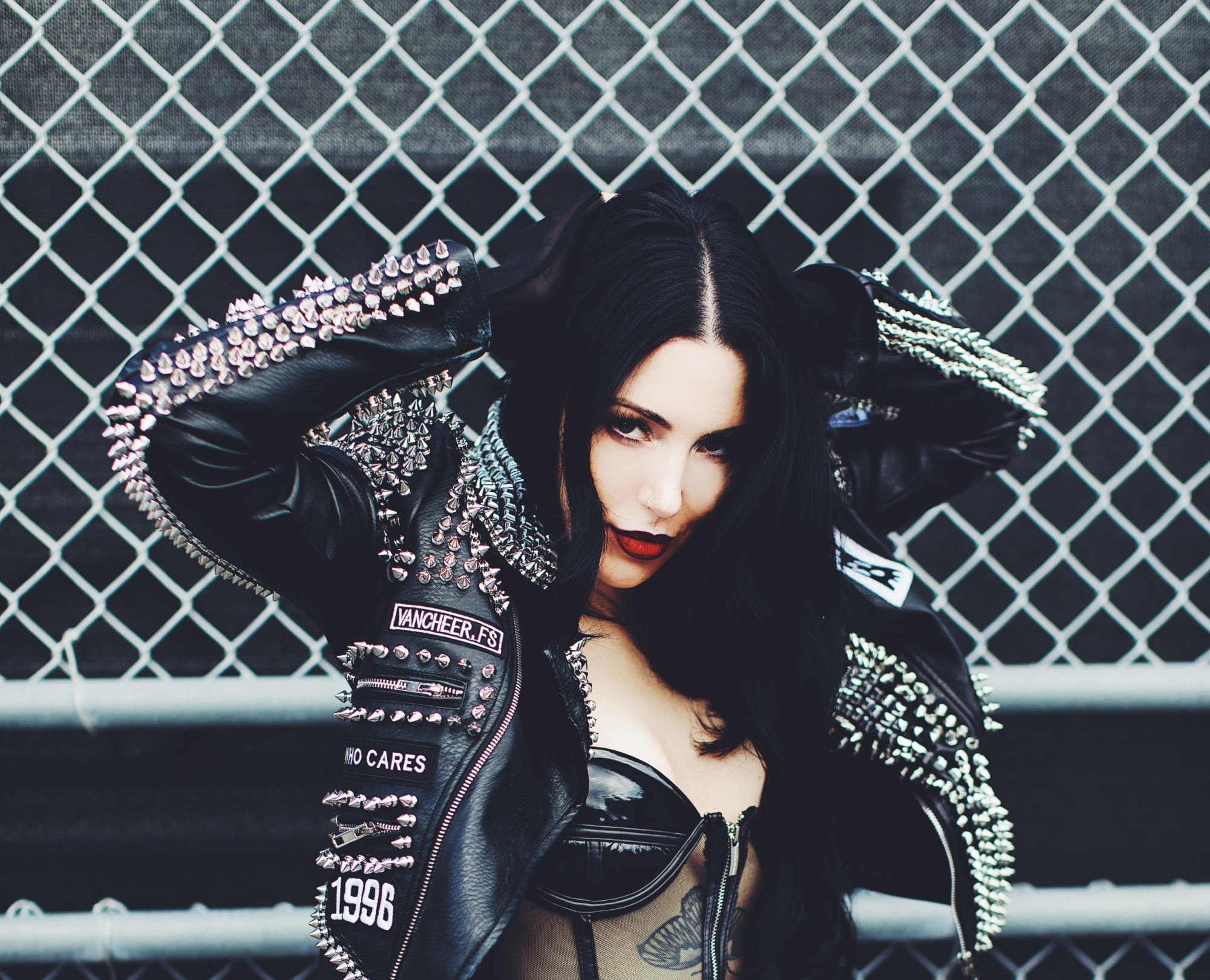 The story behind hard-rockers Dorothy’s new album, Gifts from the Holy Ghost, is intense, even for a band of road dogs such as them:

After her guitar technician had taken an overdose, Dorothy instinctively began praying for his survival. While he may have temporarily died, the technician was astonishingly, miraculously restored back to life. It was this moment that seemed to bring Dorothy to life too.

It’s one hell of a tale, but only part of what makes this band who they are. Ahead of the release of Gifts from the Holy Ghost, which is out now, we spoke with the band’s frontwoman, Dorothy Martin, about the new record and the band’s career.

The Pitch: In advance of the release of the new album, Gifts from the Holy Ghost, you’ve been putting out a lot of acoustic performances on your YouTube channel. What’s the appeal for you all as artists about getting to play these songs in a way that might not hit as hard?

These acoustic performances, especially “Rest in Peace,” really bring out the country blues aspects of Dorothy. That sound has always been there, going back to some of those first singles, but is that a major source of inspiration for you all? There’s always been a twang and a swagger to what you do.

Oh, yes. Yes, totally. One of my favorite vocalists is John Fogerty. I listened to Creedence Clearwater Revival growing up and lots of Motown, lots of blues, and taught myself how to sing listening to country music, actually, so that’s very accurate.

What country music artists were you listening to growing up?

Anyone from Dolly Parton and Johnny Cash to the Dixie Chicks. Leann Rimes. Classic country, newer country–all of it.

There’s a very interesting, backstory behind Gifts from the Holy Ghost. We can’t imagine having gone through this and being able to come out on the other side an unchanged person.

Oh, yeah, 100%. There have been so many miraculous experiences in my life that I had to use as inspiration when writing music, because why would you waste those experiences? I hope that it’s an uplifting album and that fans get something really special out of it.

Given that so much of your music comes from deeply personal experiences, how is it to experience something like when “Wicked Ones” gets used in ads or as the theme song for a WWE pay-per-view? How does that feel for you all as musicians, to have your music placed in this totally different context than what you originally intended?

We definitely intend it for fans and for live shows, but also–we have to make a living doing what we do. There’s the touring aspect, but it’s nice to get compensated for your work and your art, as you should. We should be getting much more than the current landscape of how music is delivered. It has changed so much since the ’90s when I grew up and people were buying CDs.

Streaming, yes: more people have access to your music, but the ways in which you generate revenue have changed. It’s in syncing and licensing your song in commercials. It’s a good thing for artists. And I don’t think they should look at it like, “Oh, you’re selling out.” You’re getting paid for doing your art. That’s exactly as it should be.

You mentioned Dolly Parton earlier. You got to be a part of the soundtrack for her film, Dumpling. How was it for you, meeting not only a formative idol, but getting to work with them?

So sweet and so humble. I just look up to her and I was actually very nervous and she was like–oh my gosh, she’s got such a beautiful voice, you know? It was amazing. I couldn’t believe I was there. I cherish that memory and I really love her as a person and as an artist.

The band’s videos have this sense of intensity that not a lot of bands are able to pull off outside of a live setting. Are visuals an important part of what you think of when you’re getting ready to release an album? Do you have an idea in your head of what everything is supposed to look like?

Sometimes, it kind of falls into place as we go. I think the visuals are really important. I try to take my videos seriously–more so now than I used to. The whole visual aspect of performing–how we look on stage and how the show looks–it’s simple and scaled back, but it’s rock and roll and it’s straight to the point.

Album artwork is a big deal for me. I work with really great artists like Linda Strawberry and great photographers like Courtney Dellafiroa–people who just get it and we work well together and I’ve kind of found my niche here, so visuals are super important to me. Maybe not every artist feels that way, but I’m a visual person. It’s important to me.

Being in a music video–is that a different kind of performance for you?

I try to put myself in the headspace of playing a show, but I’m just directing it to the camera. In my mind, I feel like I’m performing a show and you just have to pretend you’re on stage.

Dorothy is signed to Roc Nation and that demonstrates the wide-ranging vision that Jay-Z has for the label. Was it somewhat intimidating to be connected with a man who is, at this point, a legend?

He’s very nice. I’d spoken to him a few times. He’s very kind and he knows what he’s doing and he was very encouraging towards me and my career. We both shared the sentiment that you’re making music and that makes it a difference in people’s lives and that’s a really beautiful thing, so it was nice to hear that straight from Jay-Z himself.

Dorothy performs at the recordBar on Thursday, May 5. Details on that show here.

How to make money at home