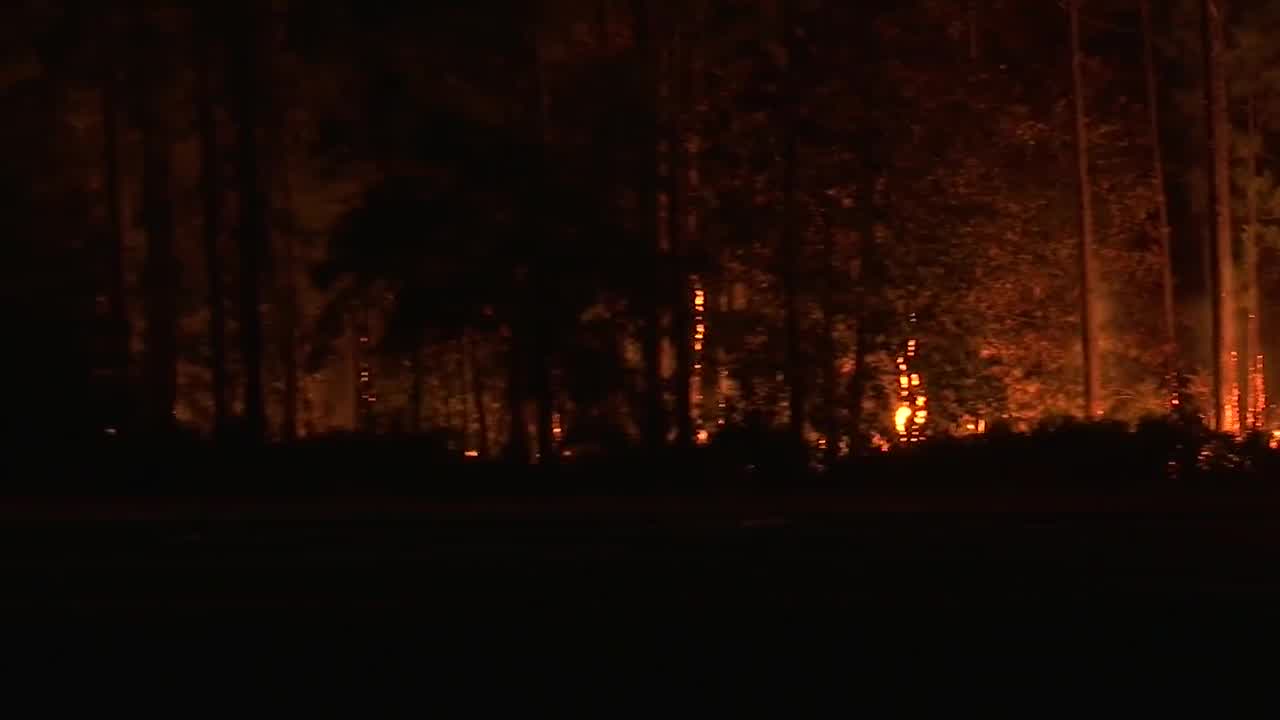 “In my 30 something years of being in the fire service , I don’t think I’ve ever seen something of that magnitude,” said South Walton Fire District Fire Marshal, Sammy Sanchez.

The Mussett Bayou Fire initially started on the Northside of Highway 98, but with high winds, ashes from the fire crossed the highway spreading to other neighborhoods.

“When I got to Highway 98 I could see a plume of smoke and that’s when knew there was something to this,” said Sanchez.

Sanchez was among the first on scene in the Thompson Road area after residents had been evacuated.

The fire destroyed 32 homes, 18 more were significantly damaged with losses estimated at 10 million dollars. It’s a pill that’s still hard to swallow for first responders, but they’re thankful the damage was not worse with no reported injuries or fatalities.

“It’s always life and property, but it really became we need to get big on life, and write off property, which is a hard thing to do as a command officer, because that is someone’s personal property,” said South Walton Fire District, District Chief, Chris Kidder

Two years later, fire and forestry officials are reflecting on the efforts to put out the blaze. Work that took 115 firefighting personnel in the first 24 hours alone, some of which were deployed to assist in wildfires happening in Santa Rosa County at the exact same time.

“In 22 years of doing this job I have never seen more of a combined effort from different agencies as a whole. The fire happened, and we tried our best, but people should be proud of their emergency response agencies and how those connections are there to keep them safe,” said Walter Bowers, the Area Supervisor for the Florida Forest Service.

South Walton Fire District is working to be even more prepared for the next fire. The department has added a brush truck to their brigade and more forestry gear. They are also working with the county to change land development codes.

“Pine straw played a big part in spreading the fire because as an ash would land in the pine straw it would take off,” said Sanchez.

On Thompson Rd. despite damage still apparent in wooded areas, the community is rising from the ashes.

“This whole place was just in flames,” said Zack Meyers, property manager for the Talcon Group.

Meyers remembers getting the fateful phone call that day.

“My boss called me and said the houses are going down. I just finished two homes and they were up for sale and one was under contract,” said Meyers.

His heart was broken for many of his clients.

“I’ve been building here for a while, so I know all the neighbors. It was just very upsetting that they lost all their belongings,” he said.

Meyers said homes are still being rebuilt by residents, while others made the choice to move on, and the sound of construction is a sign of new hope for the area.

The Mussett Bayou fire which was caused by area resident Allen Boyd Smith, was sentenced to one-year probation and 100 hours of community service. He was ordered to pay $15,500 dollars in restitution.

The public saw Boris Johnson as warmly authentic, then devious and corrupt | Simon...

The head of the IMF warns of numerous inflationary shocks amid market unrest ...