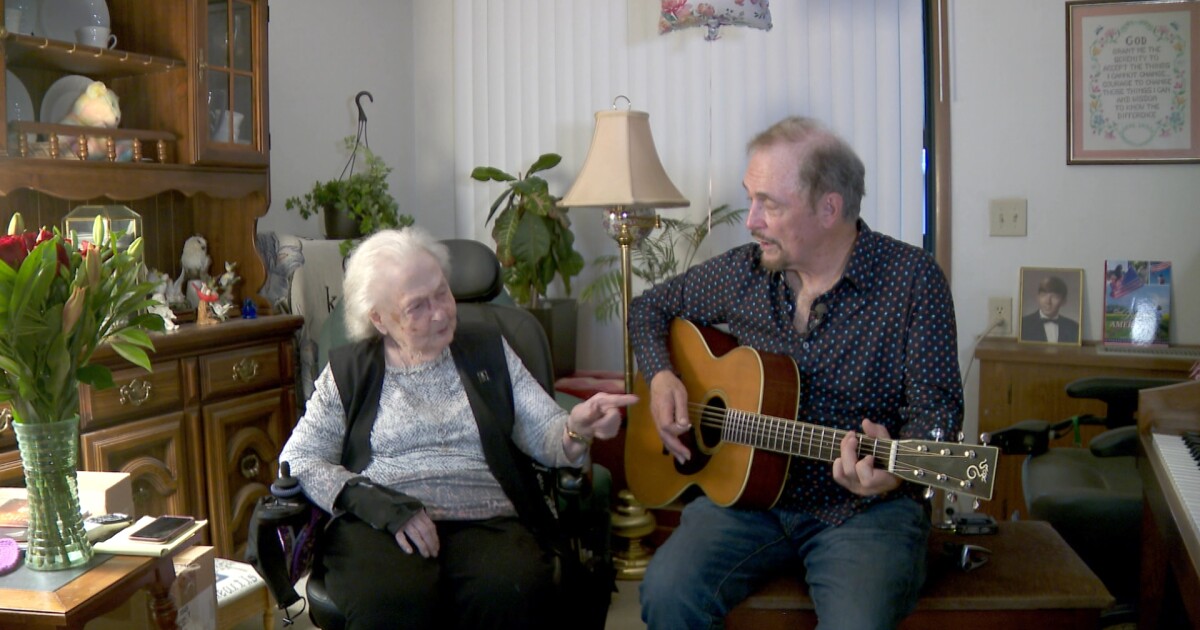 FRANKLIN, Tenn. (WTVF) — Those who hit the very height of success will often tell you, it took some very special people to help get them there. One man knows exactly who to credit, and he’s found a way to introduce that person to the world.

If anyone knows the importance of every minute, every second, it’s Gary Talley of Franklin. Gary grew up in Memphis, getting all the musical influences that come with the place.

That love was taken into his band’s breakthrough hit. Gary was a founding member of The Box Tops who released The Letter. The 1967 song is one of pop’s shortest No. 1s, clocking in at 1:58.

“We knew it was good, but we didn’t know it was going to be a big hit,” he said. “We started hearing from DJs around the country. ‘I can get this one in right at the last of the hour cause it’s less than two minutes, and I don’t have time to play another song.'”

After decades of touring, Gary is today collaborating with his main musical influence from Memphis, his 95-year-old mother Nita.

“As a kid, I grew up hating a guitar,” Nita laughed. “I called it hillbilly!”

All that changed when Nita met Charles Talley who was returning from World War II.

“I found out he played guitar, and I thought, ‘oh no. Oh no,'” Nita remembered. “When he started playing it, I just got to singing along with it.”

Nita and Charles married and raised their children with music always in the home.

It was a thrill for Nita when Gary’s band hit it big.

Gary said he couldn’t have done it without his mom giving him that love of music. He decided to put some simple videos of his mom singing old gospel songs on his YouTube page. The views leaped into the hundreds of thousands.

“The most famous artist I ever worked with is turning out to be my mom,” Gary smiled.

At 95-years-old, Nita’s getting fan mail.

“Everywhere I go, we run into big fans of my mom!” Gary said.

“Dear sweet Nita, words cannot describe how you’ve touched my soul as I watch your sweet videos,” Gary read from one of the cards to Nita. “I hope you feel the love of those you’ve touched with your testimonies. You have used your love and talents to bless so many. How wonderful to have 95 years on Earth.”

“It humbles my heart to see what all they tell me,” said Nita.

Charles died in 2010. In a forever-changing life, Gary knows to value every minute, every second. He knows the time is precious he gets to sing with his mother.

“Years ago, if somebody told me, ‘when you’re 75 and your mom’s 95, you’re gonna make videos the whole world is gonna love,’ I would have thought, ‘that’s crazy!” Gary said. “It’s such a big thing to know you’re making people happy.”

Gary and Nita have even recorded some music together.

If you’d like to watch their videos, visit here. For more on the album Nita recorded, visit here.

Cards score 5 in 9th to rally past Nats

Waitresses Among 9 Dead in Mexico Bar Massacre; cartel messages left on the...