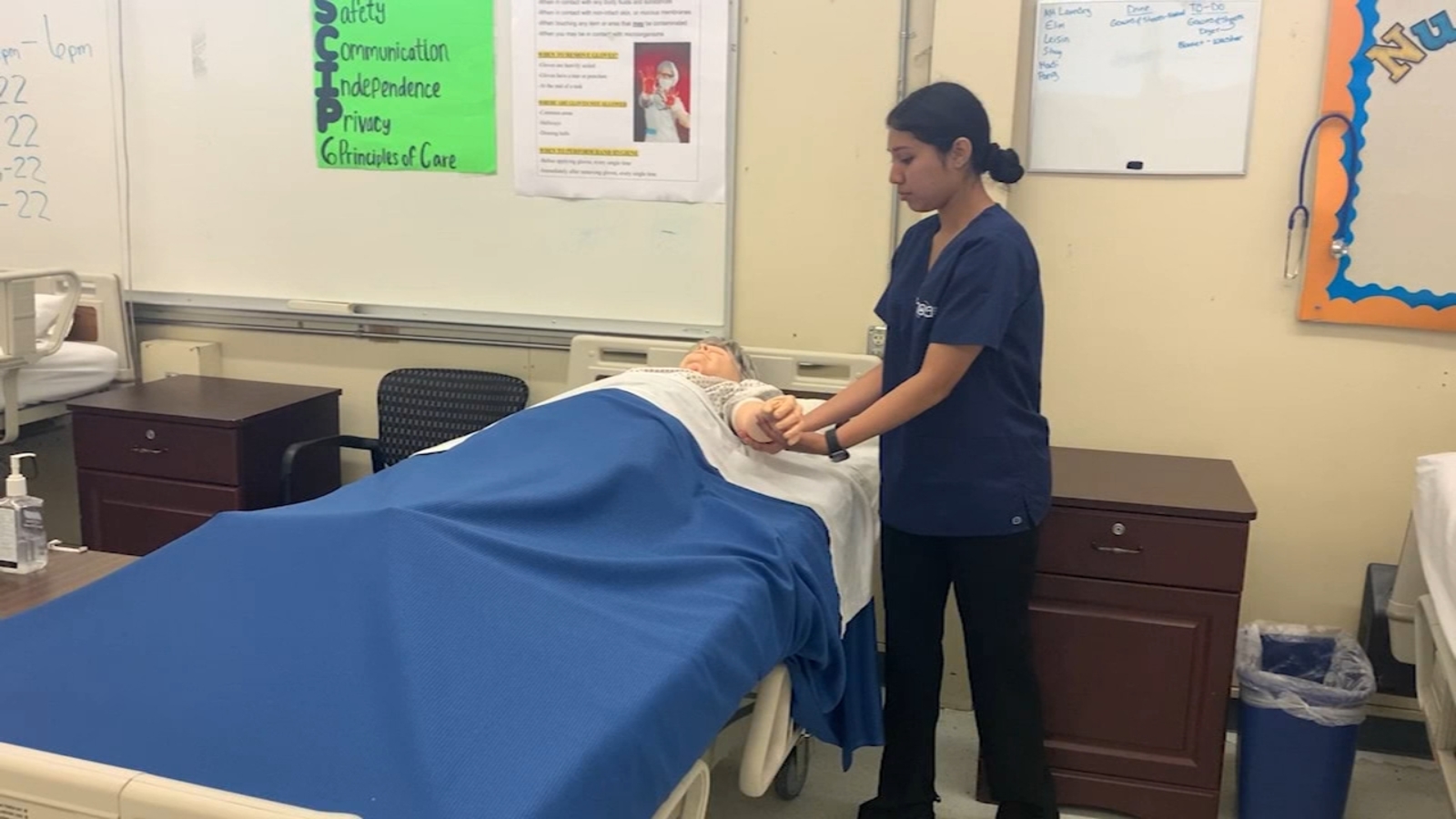 It’s an event that gives future health professionals the chance to hone their skills.

“This is a total surprise because we didn’t know who was going to get picked,” recalls Romero.

But that was just the beginning.

The four students selected to compete from Duncan Polytechnical High School were headed to Long Beach, California, to compete against the best.

“I didn’t think about it until we were there on our competition day and they were like, ‘You’re representing Duncan’,” says Jimenez.

They used skills they’ve learned over the past four years.

“They’re given a scenario and that tells them they’re going to do this skill – they have to read it and determine what they’re supposed to do,” says rehab therapy instructor Toby Garza.

Thanks to Duncan Polytechnical’s CTE Pathways program, the students have been honing their nursing skills for years.

And when the seniors graduate they’ll also leave high school with their CNA license.

Which means they’re headed to the national competition in Tennessee this June.

“We’re a small little town in the Central Valley, so having that opportunity to represent not only Fresno but California is a really big deal for both of us,” says Jimenez.

Father Was Racing Before Crash That Killed His Child: Prosecutors – NBC4 Washington

An in-depth look into an ongoing crisis

Boeing aircraft deliveries were halted in October due to a defect in the 737’s...