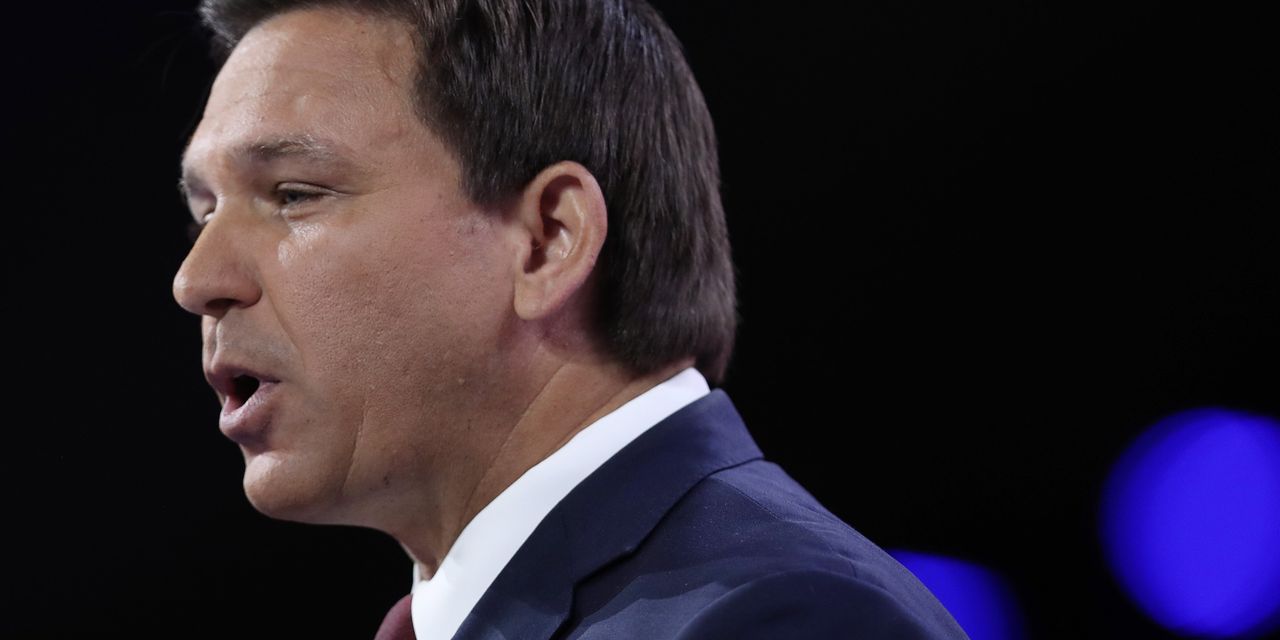 MIAMI (AP) — Florida Gov. Ron DeSantis and state health officials came under deeper scrutiny amid revelations that seniors in a wealthy enclave in Key Largo received hundreds of life-saving vaccinations as early as mid-January, giving ammunition to critics who say the Republican governor is favoring wealthy constituents over ordinary Floridians.

The revelations were the latest example of wealthy Floridians getting earlier access to coronavirus vaccines, even as the state has lagged in efforts to get poorer residents vaccinated.

DeSantis pushed back Thursday, saying a local hospital — not the state — was behind the vaccinations of more than 1,200 residents of the exclusive Ocean Reef Club in Key Largo, Fla., and that the state “wasn’t involved in it in any shape or form.”

The Chicago Tribune and the Miami Herald reported that former Illinois Gov. Bruce Rauner, a Republican with a residence in the Ocean Reef subdivision, made a quarter-million-dollar campaign contribution to DeSantis after the vaccination offer to residents.

Officials from Monroe County, home to Key Largo, said the affluent club’s medical center, which is an affiliate of Baptist Health Hospital, received the vaccines through the hospital as part of the governor’s program to vaccinate communities with populations of people 65 and older. County spokeswoman Kristen Livengood said the allocations were coordinated through Baptist Health and the state of Florida.

Revelations about Ocean Reef residents getting vaccinated were first reported by the Miami Herald.

The inequitable distribution of the COVID-19 vaccines is becoming a public relations challenge for the governor. Of the 3.2 million people who have received one or two doses of the vaccines, less than 6% have been Black, when they make up about 17% of the total population.

Coronavirus Update: U.S. COVID death toll above 518,000 as Biden adds voice to outrage at Texas and Mississippi for reopening

During a Thursday press conference at the Florida state capitol, Fried called on the FBI’s public corruption unit to launch an investigation.

“If this isn’t public corruption, I don’t know what is,” Fried said, noting what she said was a pattern.

“Give campaign contributions big dollars, get special access to vaccines — ahead of seniors, ahead of our teachers, ahead of our farmworkers and so many of our residents here in our state of Florida who are scared and who are wanting vaccines.”

Last week, Crist, a former governor of the state, asked the U.S. Department of Justice to look into possible favoritism in the state’s distribution of the vaccines, asserting that DeSantis were benefiting “political allies and donors, over the needs of higher-risk communities and existing county waitlists.”

Both Crist, a former Republican, and Fried are considering campaigns to oppose DeSantis in next year’s gubernatorial election.

The Ocean Reef Club, a senior community in Key Largo, had more than 1,200 homeowners vaccinated through their second dose by late January, according to a message to community members by the management obtained by the Miami Herald.

Those vaccinations came at a time when “the majority of the state has not received an allocation of first doses,” the management noted.

In recent weeks, other reports have surfaced of wealthy retirement communities getting exclusive access to vaccine doses through pop-up vaccine sites. Democrats have criticized him for choosing those places, but the governor’s office has noted that more than half of them have been in Democratic stronghold counties of Broward and Palm Beach. Supporters of DeSantis say he has also coordinated clinics with faith-based groups in underserved areas.

After Publix was made the sole distributor of vaccines in Palm Beach County in late January, the mayors of predominately Black farming communities in the area urged the governor to reconsider, and the state set up a vaccine station shortly after.

Even so, DeSantis during a Thursday news conference applauded the hospital network for going to the exclusive club in the Keys to vaccinate more seniors.

“My view is if you are 65 and up, I am not worried about your income bracket. I am worried about your age bracket because it’s the age, not the income, that shows the risk,” he said at the news conference. “I think it was good that they did it. I support the hospitals doing that.”

The pastor of a Hispanic church with 400 members in Homestead, Fla., not far from Key Largo, says he feels his and some other areas have been forgotten in the vaccination campaign due to technological and language barriers.

“Many people here work all day and they are not up to date with where to go and how to sign up,” said Miguel Carrillo, pastor of Iglesia Roca Fuerte.

Carrillo says many of the Guatemalan and Mexican members of his church suffer from conditions that would make them extremely vulnerable to the virus such as diabetes but they don’t have primary doctors to provide them the note they need to head to one of the federal sites.

“I wish they would give these workers a chance,” he said.