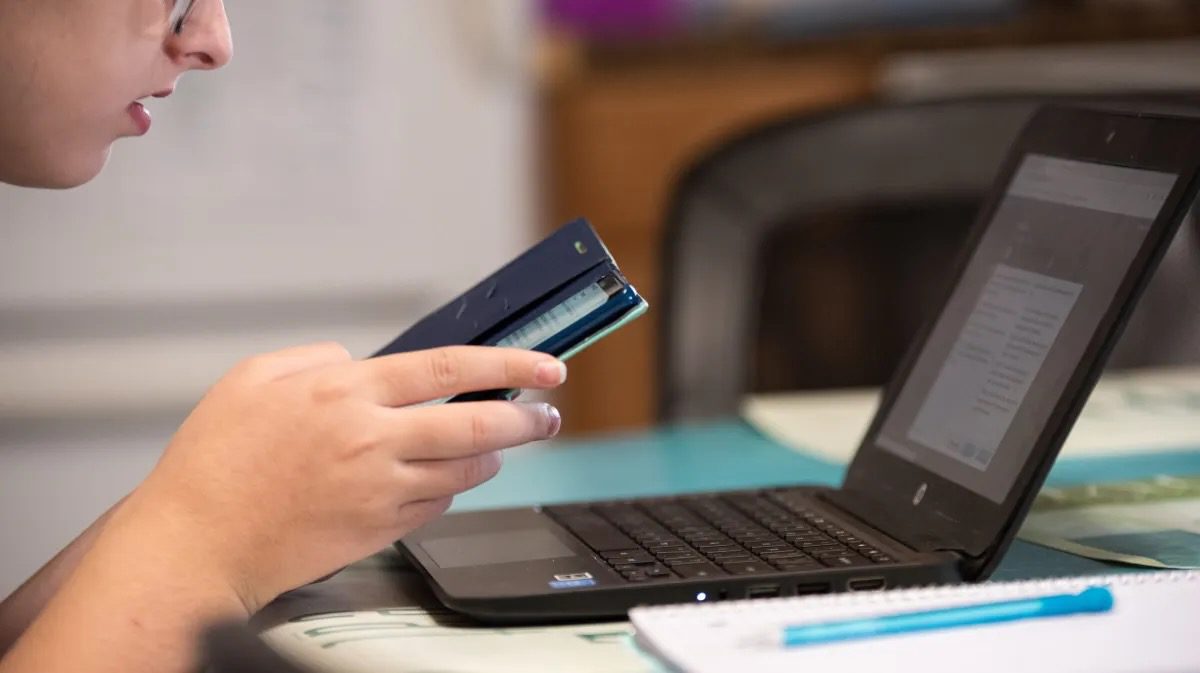 State officials have repeatedly denied nonprofit newsrooms Oklahoma Watch and The Frontier’s requests over the past month to release a state monitor’s report on how Oklahoma used federal relief funds, claiming the document is not a public record.

Kathryn Gardner, an attorney for the Reporters Committee for Freedom of the Press, who is advising the news organizations, said the state has not provided a legitimate reason to keep the report a secret or delay its release.

“Oklahomans foot the bill for the preparation of this report,” Gardner said, “They should know what it says, especially since it concerns the expenditure of millions of taxpayers dollars meant to support the public education system during the COVID-19 pandemic.”

An investigation by Oklahoma Watch and The Frontier found the Stitt administration’s Bridge the Gap Digital Wallet program lacked adequate oversight, resulting in nearly half a million dollars in questionable purchases including TVs, smartwatches, home appliances and exercise equipment. The program, funded with $8 million from the Governor’s Emergency Education Relief fund, was intended to give low-income families money for educational expenses as many students moved to remote learning during the pandemic.

The U.S. Department of Education’s Office of the Inspector General has also opened its own inquiry into how the state used federal funds for those programs.

In April 2020, Oklahoma hired a firm owned by former state budget director Jill Geiger to monitor the state’s spending of federal pandemic relief funds. The Office of Management and Enterprise Services gave Jill Geiger Consulting LLC a $325,000 no-bid contract to examine whether the state had adequate internal controls and to ensure relief funds were used appropriately.

Geiger said in a brief interview with Oklahoma Watch and The Frontier in March that she completed the reports, including one on the Bridge the Gap Digital Wallet program, and turned them over to the state in late December or early January.

In response to an open records request, the Office of Management and Enterprise Services provided Oklahoma Watch and The Frontier with three monitoring reports by Geiger on other Governor’s Emergency Educational Relief fund programs but refused to release one on Bridge the Gap Digital Wallet.

The monitoring reports Geiger conducted are a requirement for the federal grants, and those reports include information about entities that received and distributed relief money and how those funds were spent to ensure they were used appropriately under federal law.

But Stitt spokeswoman Carly Atchison claimed Thursday in a statement to Oklahoma Watch and The Frontier that the state had instead prepared the Bridge the Gap report for a potential lawsuit against the for-profit company that oversaw the relief program, making it exempt from the Oklahoma Open Records Act. The governor’s office also claims Geiger submitted the document in “draft” form “to determine if further work is necessary” and that the report is not yet complete.

“This information is unequivocally exempted from disclosure under the Open Records Act,” Atchison said. “Because the report you have requested here is covered under these exceptions (and likely others), the draft report will not be—and should not be—released.”

Gardner said the report is a public record, even in draft form.

State officials have provided Oklahoma Watch and The Frontier with different reasons for refusing to release the report over the past month.

The Office of Management and Enterprise Services, in its denial, cited an Open Records Act exemption that allows public officials to keep confidential “personal notes and personally created material.” Caden Cleveland, a spokesman for the agency, also said in a May 2 email that the Bridge the Gap report was not finalized but would be “released without delay” once it was complete.

Before Stitt named him Secretary of Education in September 2020, Ryan Walters helped the Florida company ClassWallet secure a no-bid state contract to administer the Bridge the Gap Digital Wallet program. As first reported by Oklahoma Watch and The Frontier, parents were able to purchase many items of questionable educational value with federal relief money through the ClassWallet platform. Emails show that Walters granted parents “blanket approval” to purchase items from ClassWallet vendors.

“I am proud of Governor Stitt’s efforts to distribute emergency relief funds as quickly as possible directly to parents who need it most for their child’s education,” Walters said in a statement released Wednesday. “I firmly stand behind the Governor’s actions to hold ClassWallet accountable for failing to fulfill its contractual and legal obligations to the state.”

This report is the result of a collaboration between two nonprofit newsrooms, Oklahoma Watch and The Frontier, and republished here under a Creative Commons license for the public good.

Reese Gorman joined The Frontier in 2022 after a stint at The Norman Transcript. Gorman primarily covers state and federal government for The Frontier. Contact him at [email protected] Follow @reesejgorman

Clifton Adcock has been an investigative journalist in Oklahoma for decades, and joined The Frontier in 2017. Since joining The Frontier, Adcock has written extensively about politics, criminal justice, medical marijuana and the environment. Contact him at [email protected] Follow @cliftonhowze

Feature photo caption: In this 2021 file photo, a seventh-grader looks up answers on a cell phone while completing an online assignment from home. The Stitt administration’s Bridge the Gap Digital Wallet program, aimed at helping Oklahoma students and their families during the pandemic, lacked adequate oversight, resulting in nearly a half-million dollars in questionable purchases, including TVs, smartwatches, home appliances and exercise equipment. (Whitney Bryen/Oklahoma Watch)

What do tax cuts and market chaos mean for young Britons?

Driving to get cheaper gas can be worth it, at times

Nissan Maxima will end production in 2023