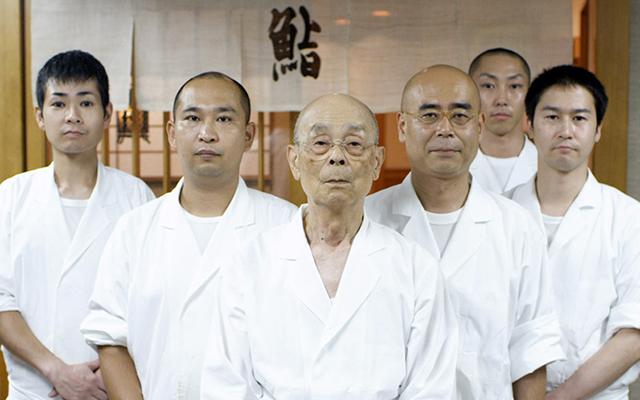 So what’s it like inside the classroom? Somehow, this 53-year-old senior wound up in two classes composed entirely of freshman.

I’ve already told the story of being forced into freshman comp; but on paper, my other class — Latino Social Power and Social Movements — is upper level. Turns out it’s a requirement for the CASA SOL, a freshman living/learning community within the U. Not only am I the only senior, I’m the only non-Hispanic guy. Welcome to the future, old-timer!

My first go-round at the U, I remember vowing that when I got older, I wouldn’t view young people as idiots. I can’t remember which fuddy-duddy provoked that, and I won’t claim perfect obedience since. But over the years, the vow has been like a wrist rubber band, available for painful snapping.

My classmates provoke no such torture; I walk out most days more proud uncle than crabby neighbor.

I lucked out in that both classes have fewer than 20 students, taught seminar-style by enthusiastic teaching specialists. The U is especially awesome for doing first-year writing this intimately; the class kicked off with personal essays (research papers come later), so everyone got their feet wet writing about their own lives. We lingered over the revisions, and came to know each other a bit more.

The frank tale of discovering a younger brother’s autism; being tricked by prankster dad into eating dog food; growing up a poor Chinese girl in a school of rich kids; a single night’s ballroom dance with a girl you’ll never see again — as I wrote in my notebook early on, “So self-aware.”

Later, when picking a documentary to write about, I nominated the deliciously vulgar “Queen of Versailles,” about a spectacularly self-deluded couple building America’s biggest house amid the financial crisis. The class chose “Jiro: Dreams of Sushi,” a meticulous tale of Japan’s most venerable sushi craftsman. If you think 18-year-olds are all LOL and OMG, you should listen to them dissect the tension between generalizing and specializing, multitasking and focus, single-mindedness and full lives.

How do they regard me? They seem to be enjoying my enjoyment. My heart leapt when two of the sharper kids in class sought me out as a discussion partner. Basically, respect is given and returned.

Sometimes, I’m so publicly gushy it takes professors to bring me back to earth. “I gave out three Ds and an F last night,” one doleful pal recounted in an afternoon coffee line. I wondered how many are on Adderall, or were vomiting drunk the previous night — admitting that 30 years ago, I was in something called the “Drugs for Lunch Bunch.”

I die a little when parent-like utterances leave my lips; did I really have to give them the short version of my speech about college as a place to acquire skills? And the dad in me is disappointed at the ones who clearly didn’t do their homework. I remind myself that they’re taking four and five courses, compared to my two, and college is a lot easier when you don’t have to worry about money, sex, job prospects or — dare I say it? — grades.

Comp, at least, is something I’m conversant with; Chicano & Latino Studies is a new world.

It’s a little embarrassing to admit that after 53 years on the planet, my knowledge of Mexican-American social history was basically a coloring-book version of Cesar Chavez and the grape boycott. I needed a Spanish-language culture class to finish my foreign language requirement, but I chose CHIC 3771 because my Minneapolis neighborhood is becoming more Spanish-speaking, and I’m betting Latino Social Power and Social Movements didn’t peak with the last election.

The class is enough to give Katherine Kersten the vapors, recounting exploitation, discrimination, infiltration and unionization; we must attend five Latino-led workshops, protests or community actions (which the reporter in me loves). But our teaching specialist has academic integrity:  Did you know Chavez and the farm workers formed a “Wet Line” to keep undocumented Mexican workers out? Was Saul Alinsky a jerk for writing about how to manipulate earnest followers? Did Reies Tijerina tacitly encourage violence against New Mexico lawmen, and was that right?

The students are from Owatonna, Columbia Heights, Minneapolis, Wayzata; most of this is new to them, too. But like my comp colleagues, they let me into their worlds. When we were discussing feminism’s foothold in an often macho movement, tales of quinceañeras erupted; everyone laughed when I asked if there was a male equivalent, like bar and bat mitzvahs. But we can all see each other’s weekly reading analyses online; I love watching the tumblers click as they integrate their personal history with cultural history and their other U courses coursing into their noggins. The same thing is happening to me.

Because all but one other student live in the same dorm community, there’s a clubhouse feel at times. At times, I find this bittersweet. Where are the students that look like me? This is their future, too, and in a significant way, their past. After six weeks at the U, I have no doubt that what they say is true: the students are higher-quality now. I just hope that high tuition and vocational blinders don’t keep them from venturing off the beaten educational path.

During a speech in the West Bank, Biden said that “the soil is not...

Scores from all of Thursday’s games – Press Enterprise

Inflation will not decrease any time soon as Tuesday continues