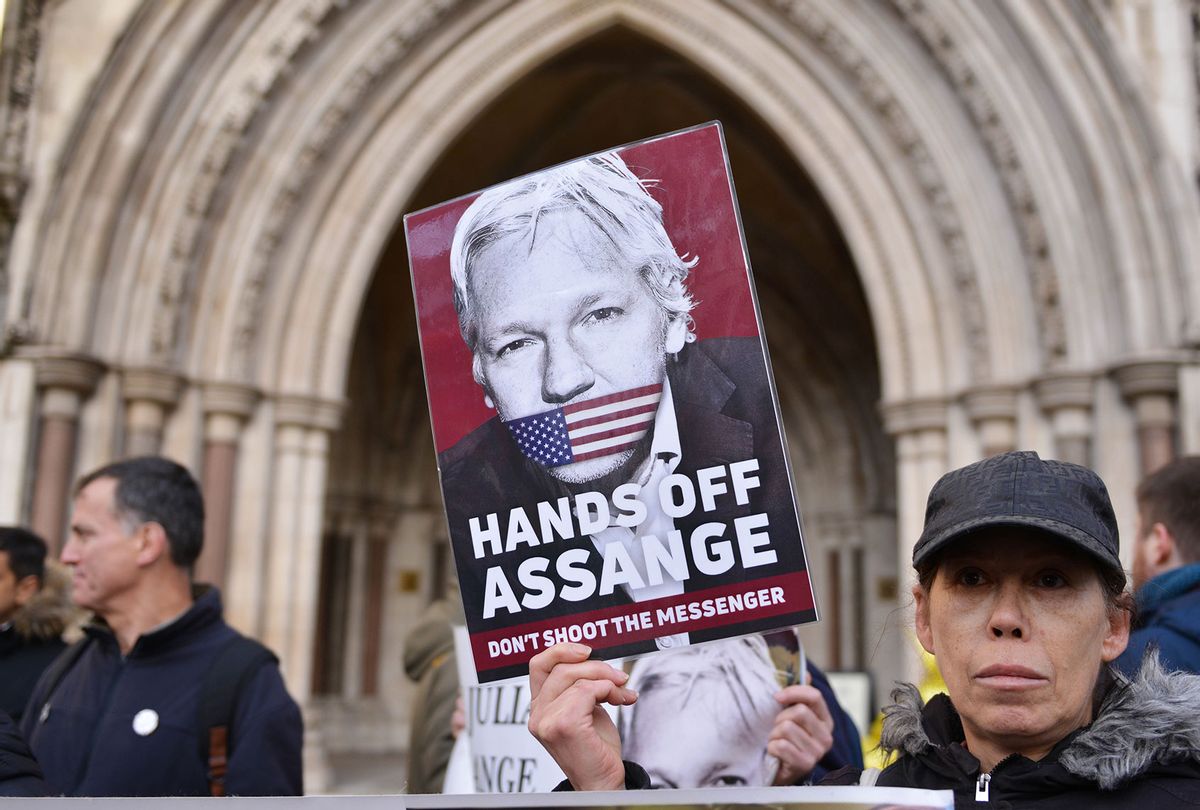 It is time for President Biden to live up to his rhetoric on press freedom.

As a candidate in 2020, Biden released a powerful statement on the importance of press freedom, writing:

Reporters Without Borders tells us that at least 360 people worldwide are currently imprisoned for their work in journalism. We all stand in solidarity with these journalists for, as Thomas Jefferson wrote in 1786, “Our liberty depends on the freedom of the press, and that cannot be limited without being lost.”

Biden left out the fact that one of those imprisoned people is WikiLeaks publisher Julian Assange, and that he is languishing in solitary confinement in a maximum-security prison in London because the U.S. government wants to make an example of him.

Assange was indicted by the Trump administration in an aggressive, precedent-shattering move that was widely condemned by journalists and human rights groups. President Biden and Attorney General Merrick Garland have had almost two years to do the right thing and drop this dangerous prosecution.

They have failed to deliver.

Instead, the Biden administration continues to lecture the world about press freedom and disinformation. Biden and his allies rightly chastise authoritarian regimes for censoring the press, cracking down on dissent and even criminalizing publishing the truth. Reporters Without Borders condemns violations of press freedom in places like Iran, China and Myanmar. But they also note that press freedom violations are not unique to such regimes. They condemn the persecution of Nobel Peace Prize winner Maria Ressa in the Philippines, and they lead a coalition of 16 journalism advocacy groups calling on the British government to free Assange.

These reports underscore the importance of a free and independent press that can expose wrongdoing, inform the public of uncomfortable realities and push back on government propaganda. In other words, a free press protects our access to the truth when the government deceives us.

Want a daily wrap-up of all the news and commentary Salon has to offer? Subscribe to our morning newsletter, Crash Course.

I am proud to know Julian Assange. When I met with him at the Ecuadorian embassy in London, I was most impressed by his intelligence, compassion, and his belief in truth as an antidote to the poison of lies and war propaganda. As Assange said, “if wars can be started by lies, peace can be started by truth.”

For more than three years, Assange has been held in solitary confinement in a maximum-security prison known as “England’s Guantánamo” — much of that during a COVID outbreak at the jail that posed a threat to his life. As I write this, he is in 24-hour isolation with COVID. Last year, he suffered a mini-stroke. UN Special Rapporteur Nils Melzer has determined that the conditions of Assange’s confinement constitute torture.

Prior to being held in a maximum-security prison with murderers, Assange spent years confined in the Ecuadorian embassy, without access to adequate medical care. During that time, the U.S. government spied on his lawyers, his visitors (including me), his family and his doctors. They even seized his files and legal notes when he was arrested. Why? Because Assange’s work with WikiLeaks had embarrassed the government on the world stage

Barack Obama refused to indict Assange because of the “New York Times problem”: If Obama were to indict Assange for publishing truthful information, he’d have to indict the New York Times as well. But Biden has now affirmed Trump’s contention that publishing the truth is a crime. Assange is being charged under the Espionage Act of 1917. That law is controversial enough when prosecutors use it to target whistleblowers, but it has never been used successfully against a publisher. What Biden is really saying by indicting Assange is that the U.S. government can lie to the public, conceal its criminal behavior and then destroy those who would dare seek the truth.

The Justice Department has charged Assange for receiving and publishing truthful, newsworthy information leaked by whistleblower Chelsea Manning, but has never charged any of the military or government officials whose wrongdoing was exposed.

It is the 21st-century version of killing the messenger.

No one was harmed by Assange’s reporting, unless you count the bruised reputations of politicians who were caught breaking the law, lying or concealing misconduct. Experts testified in British court proceedings that Assange went to extreme lengths to help protect both his sources and people who might be harmed by the disclosure of sensitive information. Instead of investigating the wrongdoing that WikiLeaks exposed and punishing those who broke the law or covered it up, the government has focused on attacking whistleblowers and the journalists who work with them.

Why? Because it sends a message to others who might be tempted to inform the public about government misconduct: We can destroy your life.

There is no free press without a free Julian Assange. As long as the government can prosecute Assange for publishing truthful information in the public interest, the Biden administration’s pontifications about human rights, “fake news” and propaganda are the epitome of hypocrisy.

about the U.S. vs. Julian Assange

Officials urge swimmers, paddelboarders to use life jackets amid recent drownings in PNW

Has inflation peaked? What consumers can expect in the future