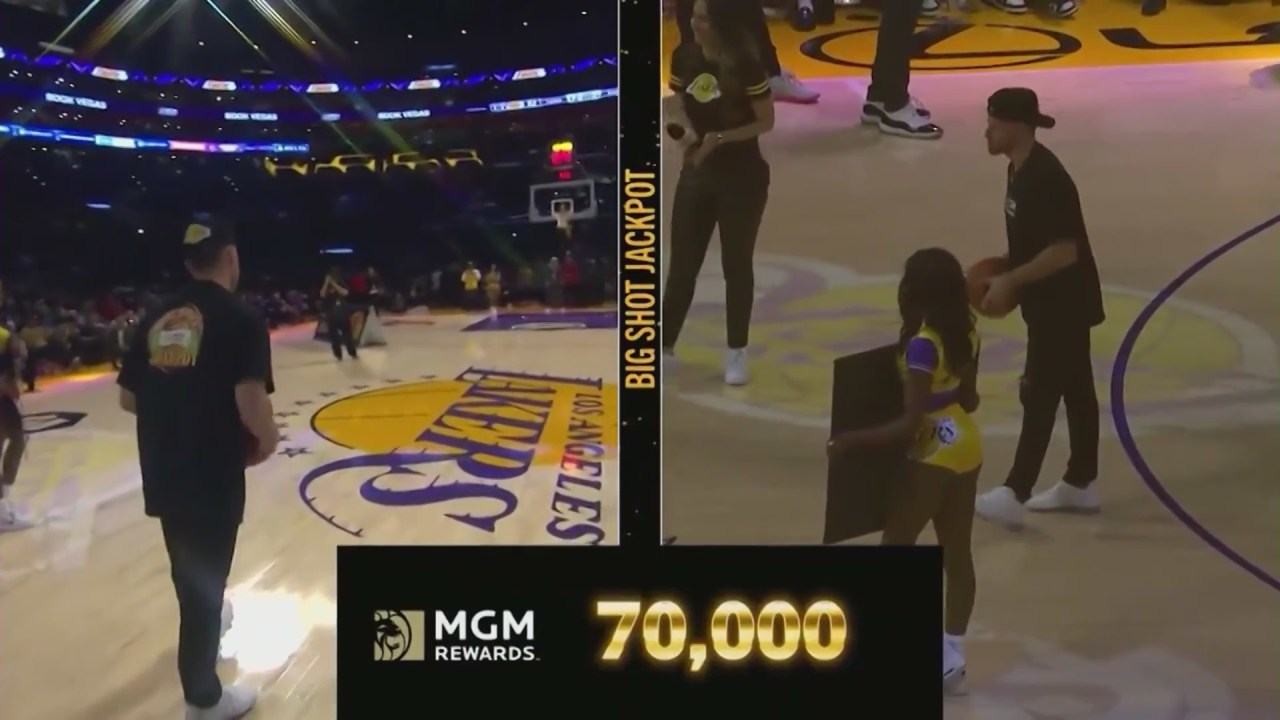 One Lakers fan is now $70,000 richer after sinking a half-court shot during Wednesday’s game against the Sacramento Kings.

The lucky winner, David Metcalf from Valencia, is still basking in the unexpected win.

“I always thought it would be a crazy, high-pressure moment, but I walked out there and I didn’t feel nerves,” recalled Metcalf.

Video during the game shows Metcalf easily sinking the half-court shot as fans inside the Crypto.com Arena erupt with applause.

Metcalf arrived early to the game with a friend and said someone from the Lakers entertainment team approached them with the offer to shoot.

Metcalf’s friend was given to the chance to win a year’s supply of a sports drink, while Metcalf was offered the half-court shot.

When the moment came and all eyes were on Metcalf, he recalled walking to the center court and feeling completely zoned in.

His big win marks the third successful half-court shot this year for the Lakers.

As for the new influx of cash, Metcalf plans to invest some of the money and while also enjoying an international vacation.

For those lucky enough to try their hand at the half-court shot, Metcalf’s advice is to, “Take a deep breath, think about what you want, focus on the net, let it up, say a quick prayer and you should be good.”

“Almost Famous” actors: where are they now?