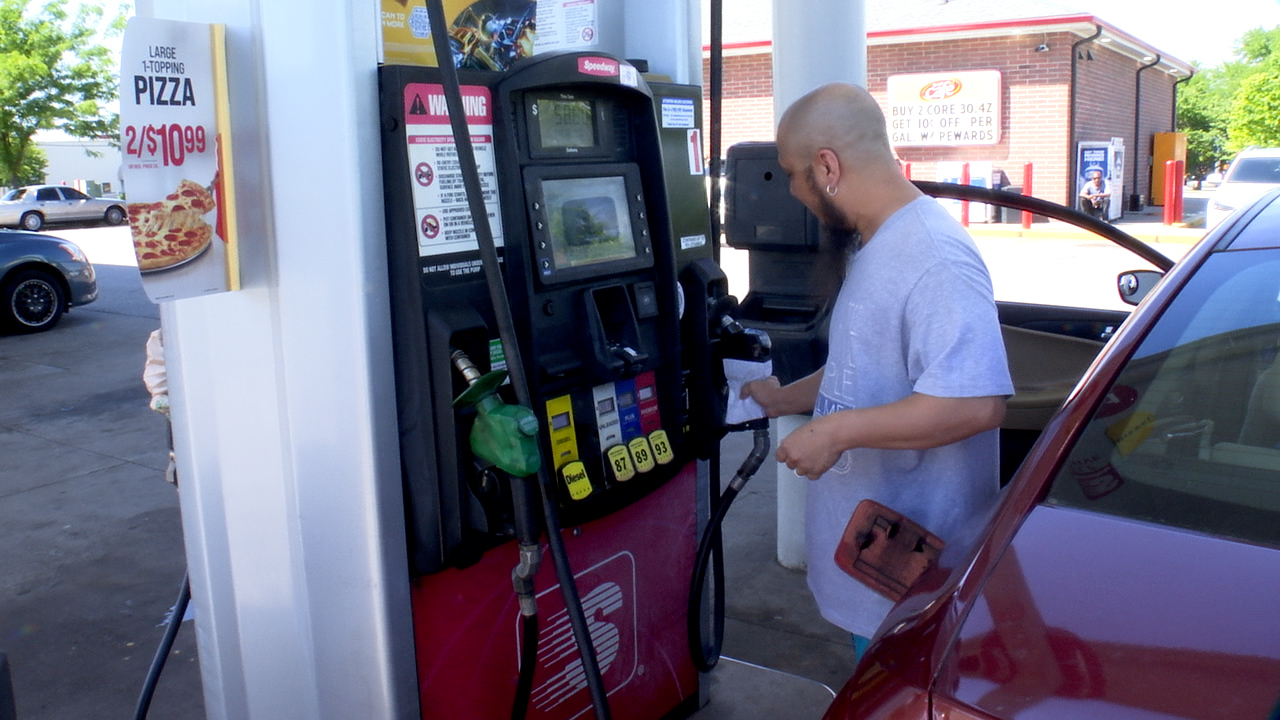 NASHVILLE, Tenn. (WKRN) — Even though gas prices might seem high right now, Tennesseans think back to a year ago when finding gas was nearly impossible.

While lines were wrapped around blocks, cyber security experts warn the Colonial Pipeline breach exposed a threat that goes well beyond the pump.

Chris Ronquillo remembered his fight to fuel up after drivers got word of the Colonial Pipeline cyber attack.

“Like 30 minutes to wait to get to the gas pump and then everybody was…there were people around the corner,” Ronquillo recalled.

From inside the gas station, Antriel Dimitroff remembered customers’ reactions after being told not to panic buy.

“It was madness, we had customers coming in, getting huge amounts of gas, trying to put it in crazy things gas don’t belong in,” Dimitroff said.

“Colonial Pipeline wasn’t an anomaly. The vulnerabilities and exposures that are in Colonial are in a lot of other critical infrastructure and could happen with electricity, oil, gas, and water across the country, so this really needs to be a wake-up call,” Cole said.

Cole said even local businesses are constantly targeted and forced to pay hackers ransoms to get access to their data again.

“We’ve seen ransomware payments as low as $300 all the way up to multiple millions targeting the small, medium, and large companies,” Cole said. “So, this is a problem that everyone needs to worry about no matter how small, how medium, or how large you are. If you’re in business and you have clients, ransomware could hit you.”

He advises businesses to use separate devices that prevent their data from being connected to the internet.

“I have a Windows computer that I do all my work, I write all my reports, I do my analysis, but I never check email or surf the web. Then I have a simpler iPad that I only use for checking email. Now if I do make a mistake and I click on a link or open an attachment and I get hit with ransomware, it’s on an iPad that doesn’t have any data. There’s no exposure and I can rebuild it very, very quickly,” Cole said.

📧 Have breaking come to you: Subscribe to News 2 email alerts →

Although there are steps that can be taken to prevent these hacks, for some the vulnerability exposed by the colonial pipeline is shocking.

“[It’s] scary, a push of a button, and everybody’s life can get changed,” Ronquillo said.

Meat packing company JBS was also the target of a cyber security breach last year, resulting in slowed production for beef across the United States.

Some cyber experts are warning people to be particularly careful due to potential cyber attacks from Russia amid the conflict in Ukraine.