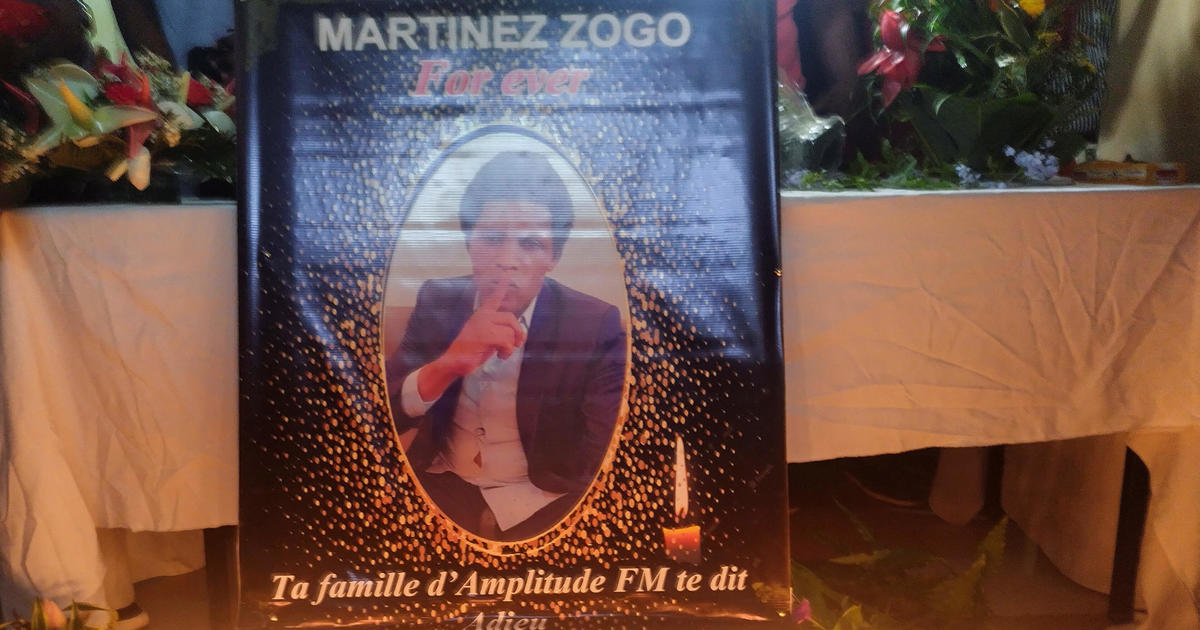 A popular Cameroonian radio journalist who went missing after what a media rights group called a kidnapping has been found dead, his employer and police said Sunday.

Martinez Zogo was the manager of the private radio station Amplitude FM in Yaoundé and the host of the popular daily program Embouteillage (Gridlock).

On the air, the 51-year-old guy regularly dealt with corruption cases, not shying away from asking important people by name. In 2020, Zogo served a two-month prison term for defamation This was reported by the Committee for the Protection of Journalists.

He has been missing since Tuesday.

“Early this morning I went to Eboga (15 kilometers north of Yaoundé) where I saw and recognized the body of Martinez Zog. A deputy public prosecutor and his wife were present to identify him,” said Amplitude FM Radio Editor-in-Chief Charlie Chuemu. AFP.

Zogo’s death was confirmed to AFP by a police source who spoke on condition of anonymity.

A large crowd gathered as Zogo’s body was taken to the Yaounde Central Hospital morgue for an autopsy, a family member of the victim told AFP on condition of anonymity.

Social media has been flooded with messages following his disappearance with Reporters Without Borders (RSF) condemning the “brutal kidnapping of a journalist”.

According to RSF, Zogo’s badly damaged car was found outside a police station in the suburbs of the Cameroonian capital Yaounde on Tuesday.

“There are many gray areas in the circumstances of his brutal abduction,” Sadibu Marong, head of RSF’s sub-Saharan Africa office, told AFP.

“The authorities must launch a rigorous, thorough and independent investigation to establish the full chain of responsibility and circumstances that led to this sad event,” Marong said.

The National Union of Journalists of Cameroon condemned the “horrific murder” and called on media workers to wear black on January 25 as a sign of mourning.

“Despite the fact that Cameroon has one of the richest media landscapes in Africa, it is one of the most dangerous countries on the continent for journalists to work in a hostile and volatile environment,” RSF said in a statement. Cameroon country profile.

The International Press Institute, a press freedom organization based in Vienna, urged the authorities of Cameroon “promptly conduct an investigation into the horrific murder and ensure that those responsible are brought to justice.”

Cameroonian-French writer Calixte Beyala said she was “devastated, saddened” by the news of his death.

“I knew he was dead as soon as it was announced that he had been kidnapped,” she told Info TV.

“We can ask ourselves: whose turn is it? Any of us could be in this situation because of what we might have said.”

Murders of journalists and other media workers jumped to 50% in 2022on average, one journalist is killed every four days, according to the latest figures from the United Nations.

“These journalists were killed for a variety of reasons, including reprisals for reporting on organized crime, armed conflict or the rise of extremism, as well as for covering sensitive topics such as corruption, environmental crimes, abuse of power and protests,” UNESCO said in a statement. statement

Trump’s lawyers have presented new arguments to block a criminal summons for his tax...

5 things to know before the stock market opens on Monday, August 8