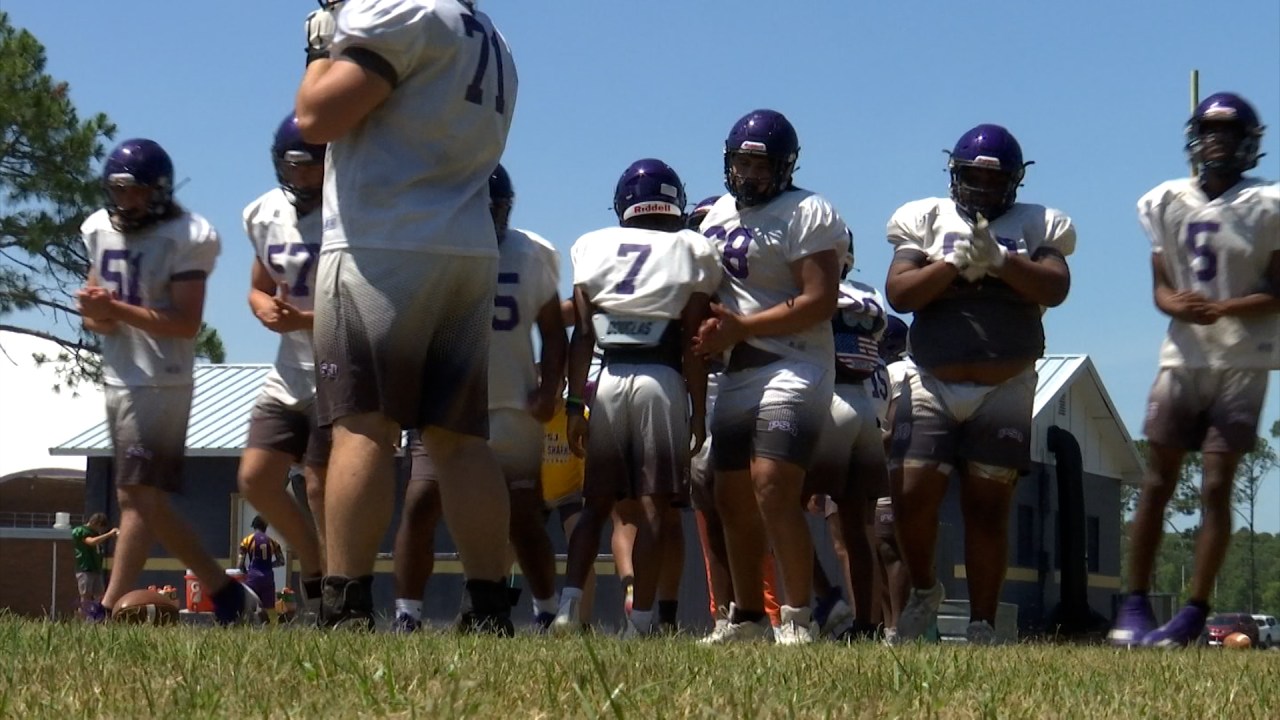 PORT ST. JOE, Fla. (WMBB) – The Port St. Joe football team is entering the spring season with the question of who will be their starting quarterback in the fall.

They will graduate a load of senior talent, including 2-year starting quarterback Colin Amison, and head coach Tanner Jones said there are many spots to be filled.

“For the 1A schools, you see it where that talent comes in and the talent leaves, you know, they’ll ride the high and come back down, we’re trying not to have that,” Jones said. “We’re really busting our tail with our young guys and have been for two years so we’re hoping that we’ve developed them enough so by the time the end of the season rolls around they’re ready to go and compete.”

The quarterback battle is between rising sophomore Lake Lomauro and rising junior Devin Cuttino and Jones said it should be highly competitive.

We have two guys, we have Lake Lomauro, and Lake is doing a good job, he needs to have a great spring and a great summer,” Jones said. “You have Devin Cuttino, Devin is more of a great athlete, and does a lot more with his legs. They’re both battling right now and we have what two more weeks left so we’ll find out which one takes it going into the summer.”

The Sharks will return star running back DJ Oliver who finished his junior season with 2067 total yards and 25 total touchdowns.

“I hope everybody knows about this kid, is that he’s a great person, he’s a hard worker, and he’s humble,” Jones said. “DJ doesn’t say a lot, he just kind of goes to work. He does the shot put, he runs track, he was in weightlifting, I think the only thing he didn’t do was play basketball, and I think if we’d have pushed him he would have done it.”

The offensive line will be a key focus in the offseason, but Jones said if they can get that right, they can win a lot of ball games in the fall.

“We’re going to put a lot of work and a lot of effort into those guys because we know if they can do their job, it’s only going to help DJ and PJ run the ball, it’s going to help our quarterbacks throw the ball and have time,” Jones said. “I mean we’ve got some guys, it’s just can we put it all together, stay healthy and make the right calls.”

Port St. Joe will wrap up their spring season with a jamboree game in Blountstown on Friday, May 20.

Zillow is re-opening its doors to iBuying