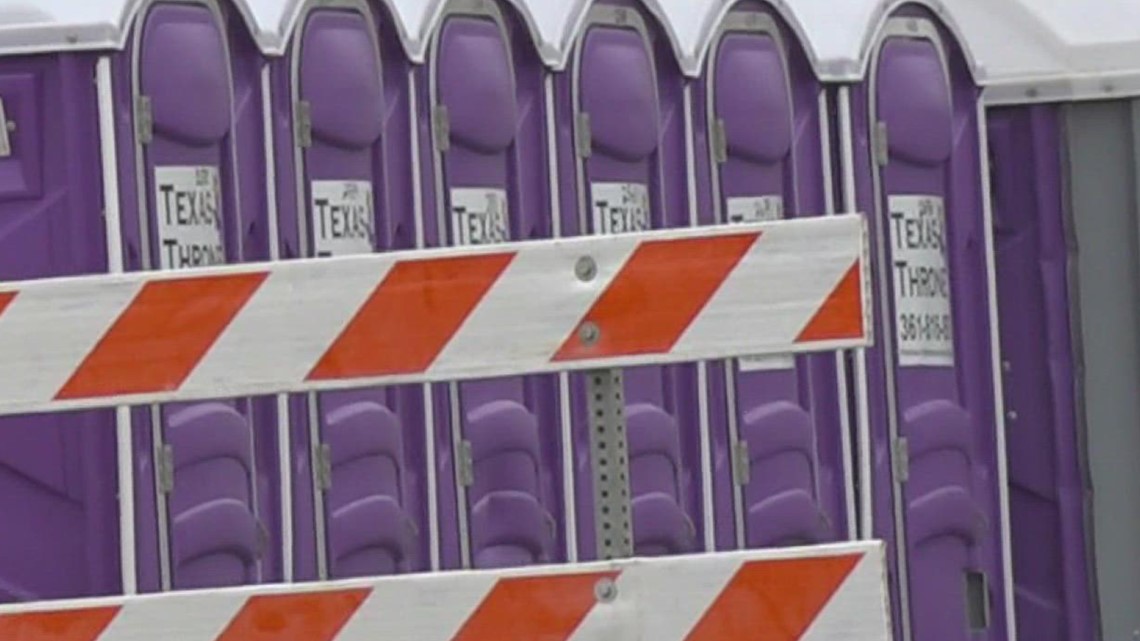 The City is allowing spectators to rent a portable restroom at their own expense to have at their parade viewing spot stating after 5 p.m. on Friday.

The countdown is on for the Buc Days Navy Army night parade on Saturday!  The time-honored tradition is taking to the streets once again after being scaled back last year.

Families are excited for the big return and wasted no time claiming viewing spots along the parade route by marking them in chalk.

You can already find markings along the parade route including, Staples and Leopard Street, and over by Heritage Park. However, markings will not be allowed on Chaparral Street, as those are a first come, first serve basis on the big day.

“We’ve been doing it the last 15 years, before that, just a kid with my family growing up,” said Buc Days spectator Richard Rosales. “We used to be all down Leopard before they closed it off.”

Rosales and his family were along Staples Street near City Hall Tuesday marking his viewing spot.  He knows that with thousands of other spectators expected to line the parade route, securing your own portable bathroom can be the best move.

“They do come in handy, everyone is BBQing, everyone is drinking, you can’t hold it, get you a can,” Rosales said.

“If you are going to mark it with chalk, not spray-paint or tape or rope and obstruct the roadway,” said Corpus Christi Lt. Michael Pena.

He adds that on the day of the parade, drinking along the route is permitted, but only from 8 p.m.-to-10 p.m.

“So that doesn’t mean we are giving you permission to be intoxicated,” Pena said.

Police will be keeping a watchful eye along the route to remind spectators that Buc Days is still a family event. People are allowed to start camping out as early as 5 p.m. Friday.

More from 3News on KIIITV.com:

Want to send us a news tip?

Put your name and contact information below so we can get in touch with you about your story should we have questions or need more information. We realize some stories are sensitive in nature. Let us know if you’d like to remain anonymous.

If you do not have a photo/video to submit, just click “OK” to skip that prompt.

Biden Administration Awards over $7 Million to ‘Elevate Parent Voices in Education’ After Smearing...