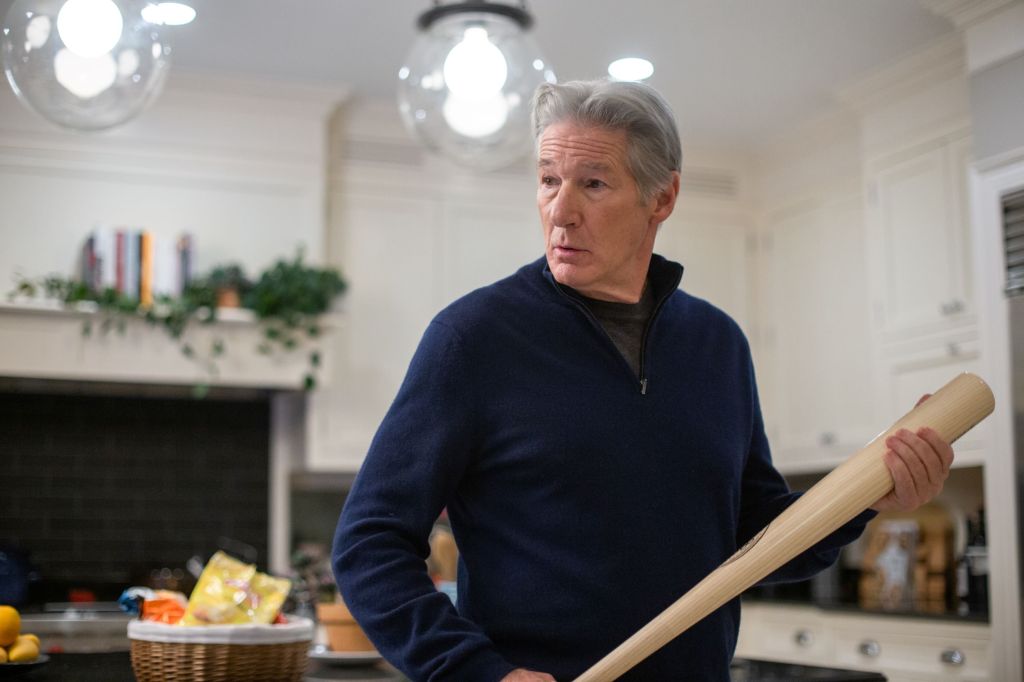 With four starry veterans as two long-married couples, Diane Keaton and Richard Gere, Susan Sarandon and William H. Macy, “Maybe I Do” finds laughs in the rocky shores of matrimony.

“I’m trying to figure out what to call this. We’re actually querying each other,” Gere, 73, explained in a Zoom interview.  “It’s a rom com I guess. A drama rom com we think is kind of what this is.”

He’s introduced trying to break up with his long-time mistress who  threatens to kill him.

“Yeah, she’s a nightmare. And brilliantly played by Susan Sarandon. But people make big mistakes and I think all four of these adults have made some horrendous mistakes and are questioning what they’ve done with their lives and the relationships they are in.

“I mean, we all go through that. I’m one of the older guys in the room now so my experience level is a little higher than most. But I think everyone at some point questions if they’ve made the right choices,” said this thrice-wed actor. “Especially about their partners.”

Gere has the distinction of being judged our finest contemporary actor never nominated for an Oscar.  “Is that an Oscar category by the way?” he joked. But with classics like “American Gigolo,” “An Officer and a Gentleman,” “Pretty Woman” and “Chicago,” does he ever feel, well, miffed?

“The only time that ever kind of bothered me was we were in Paris opening ‘Chicago’ when the Oscar nominations came up. We were all on one hallway in some big hotel; our rooms were next to each other. And the nominations came out and I could hear the calls of laughter and delight from one room after the other. And they went right by my room.

“I realized that I was the only one in that cast that didn’t get nominated. And I was a little sad about that.

“It’s not a huge deal to me. I’ve been very fortunate, worked with great people, made some really good movies. That’s enough.”

Gere’s brilliant career was launched when, opposite Keaton in the very dark 1977 drama “Looking for Mr. Goodbar” he became an “overnight star.”

Similar to Brad Pitt in “Thelma and Louise,” Gere exuded an irresistible sexual combustion with Keaton.

“We’ve seen each other around but we haven’t worked together since. When we did ‘Goodbar’ I was really an unknown and Diane, after ‘The Godfather,’ was at the beginning of being the best and most famous actress of that moment. And she was incredibly kind and generous to me.”

“Maybe I Do” opens Friday