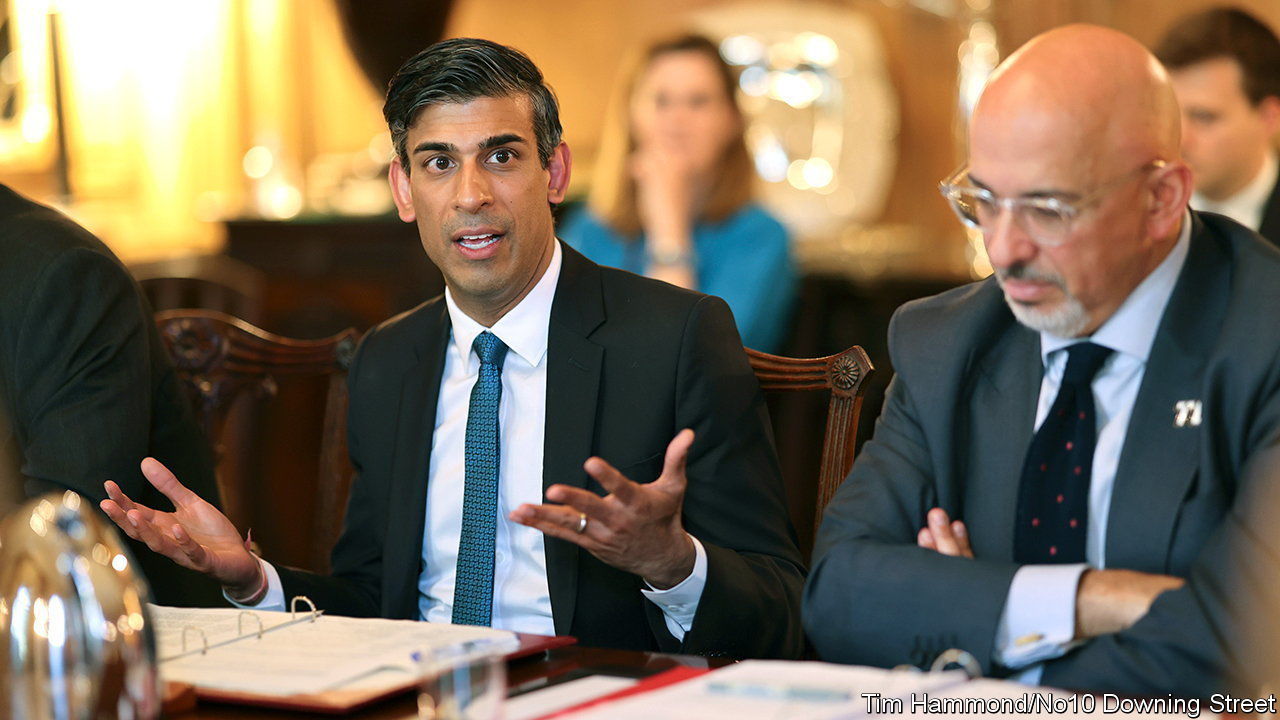 EVelin Vosatirist of antebellum England and the careless aristocrats who ruled it would have had a day with the modern Conservative Party. Sometimes it seems that he already is. Take the similarities between Rishi Sunakthe present Prime Minister of Great Britain, and Paul Pennyfeather, the hapless hero of The Decline and Fall, Waugh’s debut novel.

Pennyfeather is an earnest and unworldly divinity student at Oxford who returns to the fictional setting of Scone College one evening, just as the Bollinger Club, an aristocratic drinking society, unleashes a night of mayhem. Pennyfeather takes off his pants and walks the length of the quad. He is sent away the next day for indecency. Things only get worse from there.

Mr. Sunak is not a loser. All life he was top of his class, from Winchester to Oxford to Stanford and the City, with hardly a foot or a nose. Civil servants note his ability to swallow notes whole. But a big part of his agenda is reducing inflation, fighting inflation NHS waiting time and improving the teaching of mathematics is harmless. He is emergency. And he is surrounded by colleagues whose decisions hurt him.

The past few days have highlighted this Pennyfeatherish pattern. On January 20, Mr Sunak received a second “Fixed Penalty Notice” from the police, an unprecedented feat in a high-ranking position, for forgetting to fasten his seat belt while filming a jaunty video clip in his limousine. The first of these small fines was imposed when Mr Sunak was chancellor and attended Boris Johnson’s Downing Street birthday party in breach of COVID-19 rules. He, like Paul, was drawn into the celebration after arriving early for a scheduled meeting.

Although Mr Sunak came to office promising to restore confidence in the government, the prime minister seems unable to escape the Bollingeresque chaos that usually surrounds his party. The biggest scandal surrounds Nadhim Zahavi, Sunak’s short-lived successor as chancellor, whom he appointed chairman of the Conservative Party.

On January 21, Mr. Zahavi, who had a successful career as a businessman before entering parliament, admitted that he had reached a settlement with the authorities regarding previously unpaid taxes. Mr Zahavi said the tax authorities found him to be “careless and inadvertent”, tax law terminology that would have pleased Waugh. Mr. Sunak asked his ethics adviser, Sir Laurie Magnus, to investigate; it is not clear that Mr. Sunak has the political capital to simply fire him.

The broken glass left behind by its predecessor also causes trouble. January 22 Sunday Times reported that Richard Sharp, chairman BBC, was involved in brokering an undisclosed loan of up to 800,000 pounds ($990,000) for Mr. Johnson when he was prime minister and shortly before Mr. Johnson recommended his appointment to the broadcaster. Mr Sharp denies arranging any funding. Mr Sunak insisted the appointment was “strict”, but Mr Sharp referred to BBC for an internal review, and William Shawcross, the commissioner of public appointments, is also looking into how he got the job.

Mr Sunak’s arrival in Downing Street brought stability to the government but did not restore the Tory vote. The party appears to be stuck around 20 points behind Labour. Voters don’t seem to hate Mr. Sunak; like the character it resembles, there is little to disgust. Still, his failure to bring his party to the brink risks looking weak and, worse, unlucky. ■