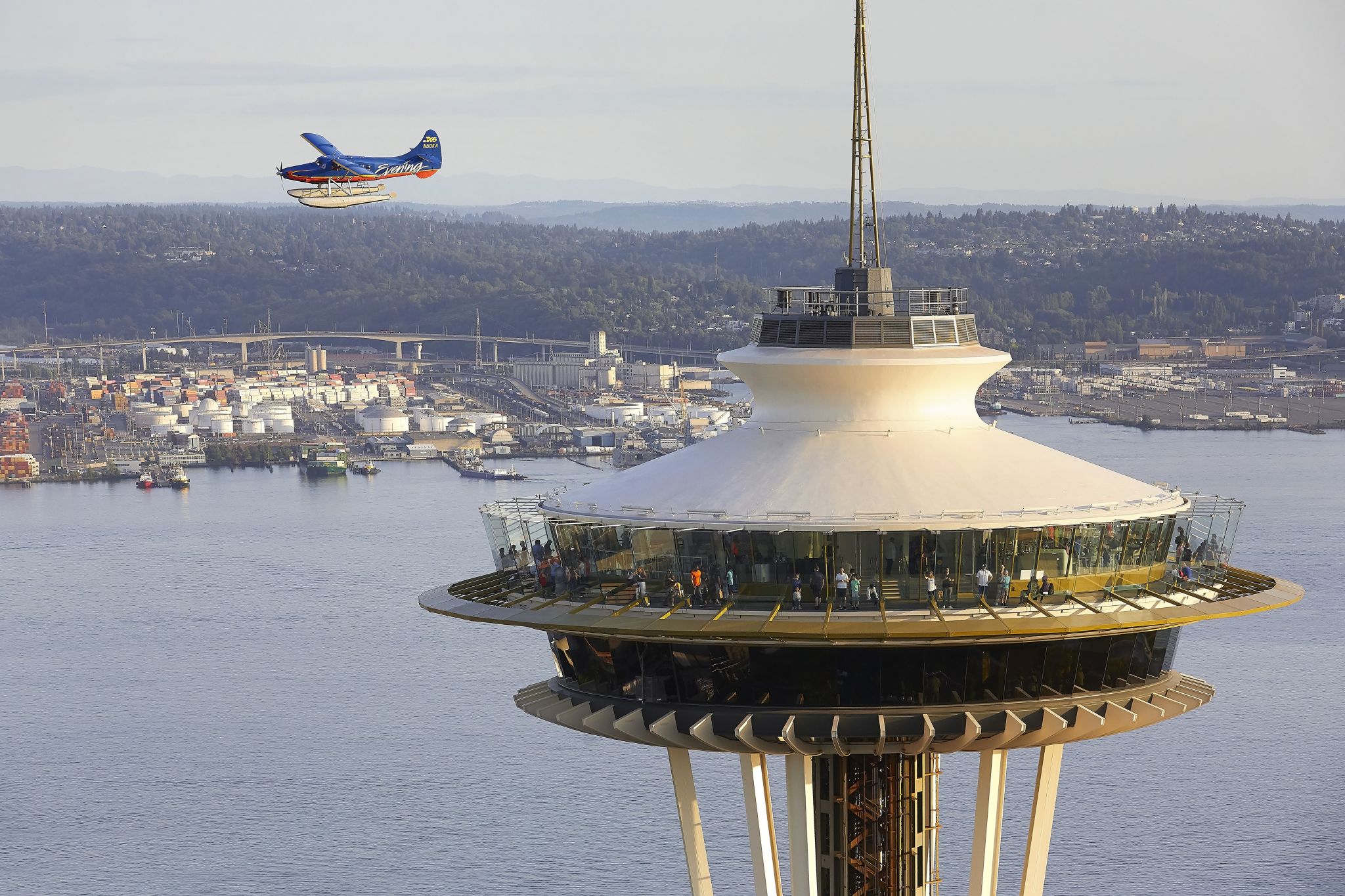 The city of Seattle is giving five people an opportunity to paint to roof of the Space Needle its original color — Galaxy Gold — as part of the city’s 60th anniversary celebration to commemorate the construction of Seattle Center.

The center, which spans 74 acres just north of Belltown in the city’s Uptown neighborhood, was originally built in preparation for the 1962 World’s Fair, which was held in Seattle. In the past 60 years, it’s served as an educational, tourism and entertainment center in the middle of downtown Seattle.

“After 60 incredible years, we know a thriving Seattle Center is at the heart of a thriving Seattle,” Mayor Bruce Harroll said in a statement. “Every day, and in every way, Seattle Center represents our vision for Seattle by bringing people together, embracing our community’s values and cultural traditions, and celebrating the people who make this region special.”

The roof of Seattle Center’s crown jewel, the Space Needle, was originally painted with an orange-ish hue known as Galaxy Gold. At the time, the color was seen by many as controversial. But when it was repainted using neutral shades of white and gold in the late ’60s, residents widely lamented the change.

The roof was repainted using Galaxy Gold for 2002 and 2012 anniversaries.

Now, the city is giving five people a chance to “harness in, grab a paint roller,” and slather another coat of Galaxy Gold onto the roof of the 605-foot tower. To win an opportunity to do so, contestants need to describe their favorite Space Needle memory from the last 60 years. Submissions must be fewer than 200 words, and can be turned in here.

An additional 55 people will be randomly selected to receive other prizes. Those include Space Needle tickets, free admission to the Chihuly Garden and Glass exhibit, passes to the Seattle International Film Festival and a “VIP package” to experience the Loupe Lounge, the revolving restaurant atop the Space Needle.

Those who share a birthday with the Seattle Center — anyone born between April 21, 1962, and October 21, 1962 — are also eligible to win those prizes. They can enter here.

The official 60th anniversary celebration will be held April 21. It will include speeches from community leaders, music by DJ Mike Steve, a spoken word performance by youth poet laureate Zinnia Hansen and a digital photo booth. The event is scheduled to start at 10 a.m. at the Seattle Center Armory Food & Event Hall main stage.

In addition to the official celebration, the city is commemorating the anniversary with a Seattle Center scavenger hunt to be held throughout the month of June, as well as a coloring contest for kids. That contest will require children to color “the world’s largest birthday cake,” which was unveiled at the 1962 World’s Fair.

Contest rules and a downloadable coloring sheet can be found here. Submissions will be accepted between April 21 and May 21.

On the Start of Northern Ethiopia Peace Talks