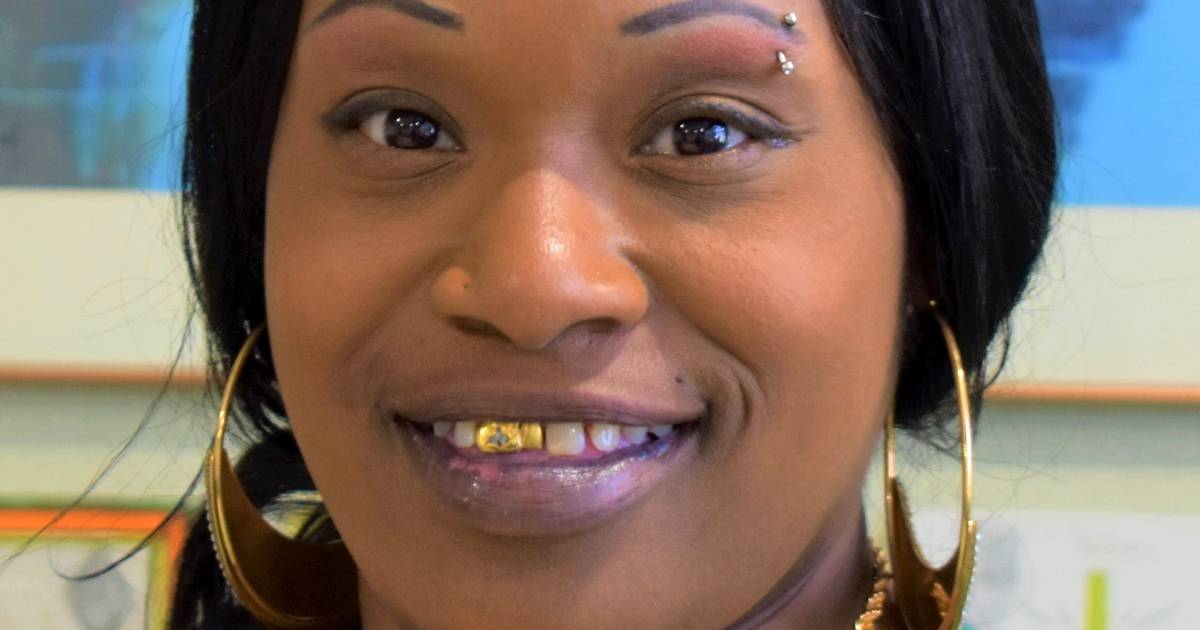 Takeyia S. “Precious” Fraling, who overcame her own addiction and used it to help others similarly afflicted as president of the client advocacy team and later a peer recovery coach at the Glenwood Life Counseling Center in Govans, and was also a well-known community activist, eco-activist, and master gardener, died of respiratory failure April 28 at the University of Maryland St. Joseph Medical Center.

The Northeast Baltimore resident was 44.

“It is not an exaggeration when I say that in my 40 years in the field of substance abuse treatment she was the most remarkable, selfless, kind, generous and driven person I have ever worked with,” wrote Lillian M. Donnard, executive director of the Glenwood Life Counseling Center.

“Precious has a modest resume. Nothing written can begin to capture how profoundly she touched and improved the lives of thousands of people; recovering addicts, the professionals who worked with them, local community leaders and clergy and the faculty at Loyola. And I could go on,” Ms. Donnard wrote.

“She was the heartbeat of Glenwood, and believed people could change their lives,” Lia Purpura said in a telephone interview. A Radnor-Winston resident and an English professor and writer-in-residence at the University of Maryland, Baltimore County, she first came into contact with Ms. Fraling as a Glenwood volunteer.

“Her addiction completely transformed her life, and she made it her life’s work to help others transform theirs. She led with love and had a capacity for other people. She was both ferocious and loving,” Ms. Purpura said. “If she didn’t know how to do something, she learned. She had a tremendous gift for creating community wherever she went. She supported recovering addicts who worked in The Recovery Garden that she started at Glenwood. She gave them a reason to believe in themselves.”

Christian Hall, a community activist, program manager for Rebuilding Together Baltimore, and a member of Glenwood’s board, had been a friend of Ms. Fraling’s since 2015.

“Precious was a passionate advocate for recovery, food access and the Recovery Garden,” Mr. Hall said. “She cared deeply about people from all walks of life. People came as volunteers to the garden space because she was so inspiring. It was her dream and she pushed it forward.

The former Takeyia Simone Billups — known by family, friends and co-workers as “Precious” — who was the daughter of Sidney Hightower, a laborer, and Arlene Hightower, a drugs, chemical and alcohol dependency counselor, was born in Trenton, New Jersey, and moved in 1981 to East Baltimore with her family, and attended city public schools.

From 2008 to 2010, Ms. Fraling worked in Timonium, where she supervised a staff of three who cared for teen females with disabilities, assisted in home visits, and recorded daily behaviors. She worked from 2010 to 2011 at Greater Baltimore Medical Center in customer service and sanitation of hospital facilities and patient rooms.

Ms. Fraling’s descent into addiction began two years after gallbladder surgery, when she became addicted to painkillers as a consequence of surgery, her mother said.

At the urging of her mother, Ms. Fraling came to Glenwood in 2012 at what was “perhaps the lowest point in her life. Although she had a family, and held jobs with responsibility, her addiction overshadowed much of that,” Ms. Donnard wrote.

“Though reluctant at first (like so many people are) to believe that life could be happier, healthier and better, it took very little time (relative to other clients and to those with a chronic disease) for the Precious that had been hidden to emerge.”

“As of this March, Precious celebrated 10 years of sobriety,” her mother said.

So successfully did Ms. Fraling respond to the work of Glenwood’s staff in helping her overcome her own addiction, she began working there within a year as a member of the client advocacy team, ”who are people in sustained recovery that are role models and supportive of others,” Ms. Donnard wrote, “and by 2015, she was president of the Client Advocacy Team and completely revitalized it.”

As team president, Ms. Fraling drew many clients and community members to her and got them to “volunteer in a zillion recovery projects,” Ms. Donnard said.

She organized Glenwood’s first recovery prom, which was held in a “nice hall with formal dress, music and dance for people who had never been able to attend their own proms,” Ms. Donnard said.

In addition to the prom, she established a food pantry, game day, movie day and a crochet club. She reintroduced the center’s token economy, which received donations from local church groups and others so that “clients who participated in treatment got ‘tokens’ to purchase goods in the ‘store,’” Ms. Donnard wrote.

She organized bus trips for clients so they could enjoy a day of bird-watching, picnics, toys, food, arts and crafts, and poetry groups. She also assembled a warrior women dance group and even a marching band to honor a retiring physician.

When holidays arrived, Ms. Fraling decorated the center to uplift spirits of clients, staff and visitors. Ms. Donnard said the tree mosaic on the facade of the center’s Glenwood Avenue building was her inspiration.

About 2018, Ms. Fraling became a full-time employee at Glenwood, and since last year, had been supervisor of the peer recovery project.

“We do difficult work, have so many frustrations and failures, but Precious came to work every day smiling, even when she was very, very sick, grateful for every day, optimistic for every client, supportive of her colleagues, kind and generous as only people who have little to give can be,” Ms. Donnard wrote.

A certified master gardener, Ms. Fraling used her gardening skills and skills as a grant writer, and working with Ms. Purpura, secured grants from the Chesapeake Bay Foundation, Audubon Society and elsewhere to start an urban garden across the street from the center about five years ago that showcased native plants and vegetables.

“As a community organizer she led countless crews of volunteers in the garden — ranging from high school and college students, to folks in long term recovery from opioid addiction — always with spirit and grace and humor,” Ms. Purpura wrote in an email.

“As a peer counselor she worked tirelessly on behalf of others, holding back-to-school supply drives and winter clothing drives, running various forms of recovery groups, and making sure that folks were fed,” she wrote. “Precious had an absolute reverence for all green and growing things and was fiercely protective of her native plants as she was of her huge network of family and friends. Everyone knew and adored, and wanted to work with Precious.”

She added: “She had a deep understanding of others’ complexities and treated everyone with dignity and respect. Precious loved learning and was curious about everything. She was an absolutely gifted public speaker, a natural teacher, and a mentor to so many. She led with love.”

Said Mr. Hall: “She was still working from her hospital bed and was holding Zoom meetings the weekend before she died. She never stopped fighting.”

“We often say, ‘they are irreplaceable’ … this is the first time that I have really ever believed that about a person that I have known,” Ms. Donnard wrote.

Funeral services for Ms. Fraling will be held at 11 a.m. May 20 at Govans Presbyterian Church at 5828 York Road, Govans.

In addition to her parents of Baltimore, Ms. Fraling is survived by a son, Rahjeem Graves of Baltimore; three daughters, Zahmasia Graves, Zimiah Graves and Distinne Graves, all of Baltimore; a sister, Natasha Hightower of Trenton; and a grandson.

12 Weird Laws in Florida You Probably Should be Aware of!

Which state has the most luxury cars?

Sky set sights on a season sweep of Wings