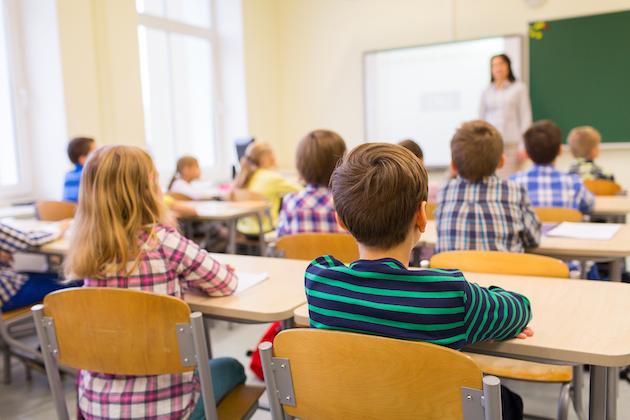 Known as “Plyler v. Doe,” the ruling overturned a Texas law that denied funding for state education to children who were ‘legally admitted’ to the U.S., but not citizens of Texas.

This week, Abbott told conservative radio host Joe Pagliarulo that it is time for Texas to again limit the state’s responsibility to educate non-citizens.

“I think we will resurrect that case and challenge this issue again, because the expenses are extraordinary and the times are different than when Plyler versus Doe was issued many decades ago,” Abbott said.

Abbott made his comments as many Republicans celebrated the publication of a draft opinion indicating that the Supreme Court’s conservative majority is ready to revoke the landmark case establishing the right to abortion, known as “Roe v. Wade.”

Addressing illegal immigration has been a major campaign issue for conservatives, including Abbott, who, last year, launched a border security initiative known as, “Operation Lone Star.”

Illegal immigration was having an impact on the public school system in Texas, Pagliarulo stressed, stating, “We are talking about public tax dollars, public property tax dollars, going to fund these schools to teach children who are 5, 6, 7, 10 years old, who do not even have remedial English skills. This is a real burden on communities.”

“The challenge put on our public systems is extraordinary,” Abbott replied, blaming Plyler v. Doe for forcing Texas “to bear that burden.”

During an unrelated event held in Houston, Abbott said he was concerned about the expected increase in migrants entering Texas if the Biden administration ends Title 42, a Trump-era public health policy that expedited removal of migrants at the border, including asylum seekers.

“That leads to education obligations, as well as other obligations, that are simply unsustainable and unaffordable,” he said.

Abbott’s comments were swiftly criticized by Democrats, including White House Press Secretary Jen Psaki, who said, “Denying public education to kids, including immigrants to this country I mean, that is not a mainstream point of view.”

There are a few paths for Abbott to pursue to challenge Plyler v. Doe.

A possibility would be for the Legislature to pass a bill similar to the statute that was overturned in 1982, though civil rights groups would likely launch legal challenges that could return the issue to the Supreme Court.

The Legislature’s next regular session will begin in January 2023.