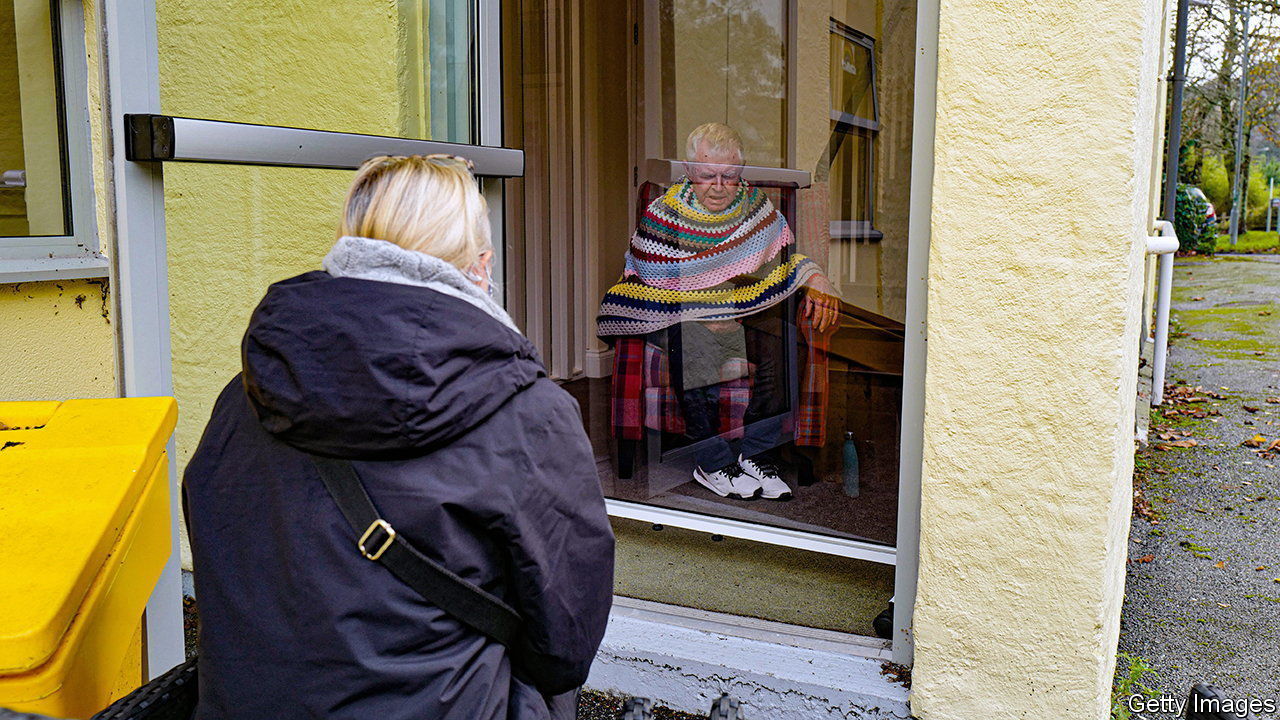 NO GROUP during the pandemic affected more than residents of nursing homes. Data for England, published by the Office for National Statistics, show that just over 45,000 people have died since being infected with Covid-19 since the pandemic in March 2020. The group, consisting of less than one in 100 people, had more than one in four COVID-19s. flying results. They have also been disproportionately affected by measures to protect them and the general public from Covid-19. Residents were not regularly allowed to meet with family and friends for weeks or months. Many of the victims died alone.

The government has already claimed responsibility for the death toll. On April 27, the High Court ruled that the transfer of asymptomatic patients from hospitals to nursing homes in the early days of the pandemic, sowing infections that then spread rapidly, was illegal. The government “did not take into account the very pressing risk to the elderly and vulnerable residents from asymptomatic transmission,” the judges wrote.

Deaths from Covid-19 decreased as vaccination rates increased (see chart). But the topic of restrictions has not disappeared. When Britain reopened in January, Sajid Javid, the health minister, said nursing homes should “do their best” to bring back visitors. In April, the government completely abandoned the recommendations on homes. But in many cases, restrictions persist that block residents from coming into contact with people. Some nursing homes still have “repentant locks, and some hospital wards have a ban on visiting,” said Julia Jones of John’s Campaign, which speaks on behalf of people with dementia.

Groups such as John’s Campaign say laws protecting the rights of caregivers to contact family members, such as section 8 of the Human Rights Act and imprisonment clauses in the Mental Abilities Act, are still being ignored. Politicians are following the activists of the campaign. On April 28, a group of deputies wrote in Telegraph and called for an end to “all illegal restrictions on visits.” The overlapping group called on Mr. Javid to create legislation that would guarantee the “legal right” to visit and support. Organizations such as Mencap, Mind and the Alzheimer’s Society have agreed.

But the reality is complicated. Mike Padham, who runs a group of care homes in Yorkshire, says that while the families of many residents want the restrictions to be lifted, others want them to stay to protect their relatives from COVID. Managing visits in a way that minimizes transfer risk creates an additional burden on staff. And if the transfer still happens, then employees who fall ill with COVID will have to stay away from work, creating feedback. This, he said, puts medical workers “between stone and anvil”.

Hospitals are also struggling with the challenge of managing visitors, maintaining staffing levels and patient safety. Alison Hodge, who is caring for her 98-year-old mother at home in Yorkshire, says her mother was transferred to isolation for COVID-19 shortly after arriving at York and Scarborough Hospital in late March for routine surgery, being in close contact with a patient with positive on COVID. After positive tests, Ms. Hodge’s mother was hospitalized for six weeks. Mrs. Hodge was able to visit her twice; she says her mother, who has now returned home, starts crying every time she is left alone.

Campaigners say the danger of isolation now outweighs the danger posed by the virus. There are no reliable data on the causal relationship between human contact and dementia outcomes. It would be unethical to conduct controlled experiments in which a set of study participants is systematically isolated. But qualitative and observational studies show that maintaining a person’s contact with a reputed caregiver improves the scores of patients with dementia in tests for depression and cognitive ability.

Mr Padgam has no doubt: “A person’s contact with loved ones is fundamental to their well-being. It can slow down dementia. ” One fact is especially striking in this regard. Dementia and Alzheimer’s disease were the second most common cause of death in nursing homes during the pandemic, only slightly inferior to Covid-19 infections. Now they are again the most common. ■