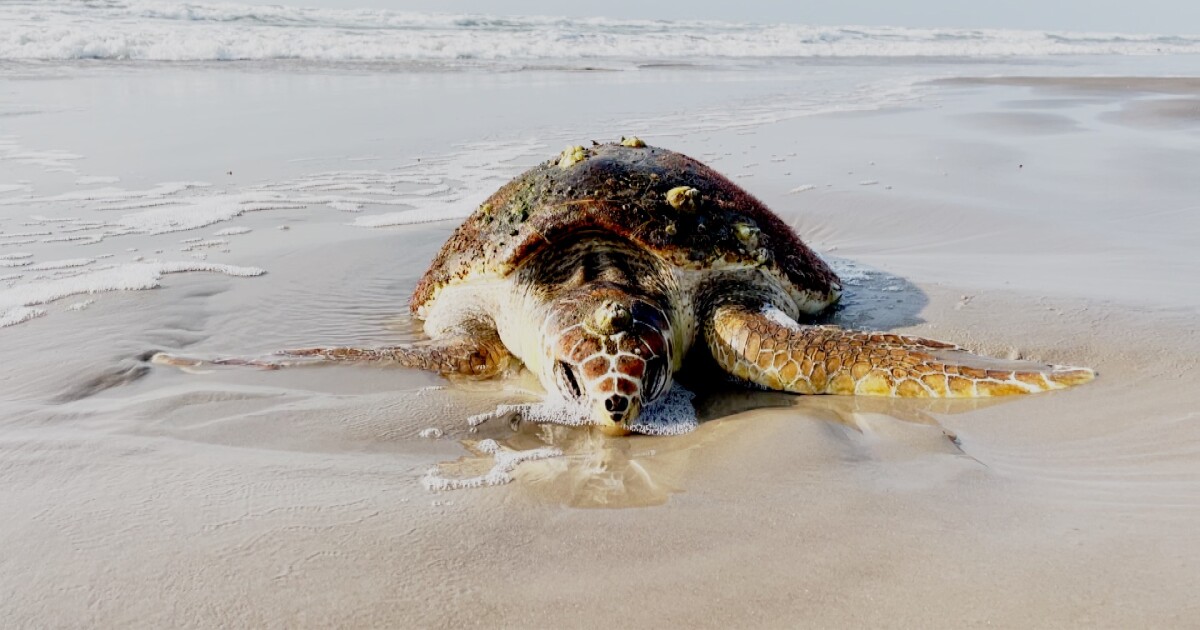 PORT ARANSAS, Texas — Since the beginning of April, 52 loggerhead and Kemp’s Ridley sea turtles have washed ashore between Mustang Island and San Jose Island, but 40 of them were dead.

“This is a really abnormal event. Usually we see higher stranding numbers at this time of the year, but the five-year average is at least half of what it is currently,” said Alicia Walker, the coordinator of Amos Rehabilitation Keep program.

According to Walker, over the last five years, there have been an average of 20.8 stranded turtles in the same time span. Walker said the people at ARK are trying to figure out why the number is so much higher this year.

“We’re trying to figure out what’s going on here. We’re taking samples, doing necropsies, we’re taking more than 40 different samples from each turtle to try to analyze what might be going on,” she said.

Walker said they don’t know what is wrong with the turtles and why they are dying or getting stranded.

“During the necropsies, we aren’t finding any wounds or anything that suggests anything obvious that’s going on,” she said.

Walker finds it alarming that these strandings are happening so close to nesting season.

“It’s very worrisome, these are larger turtles that are almost of breeding age, or are already at breeding age. So, taking them out of the population can have detrimental effects to their recovery,” she said.

ARK was scheduled to release rehabilitated turtles back into the wild this weekend, but decided to cancel the event because of the issues.

“We don’t know what’s going on, so we didn’t want to release these turtles back out into the environment to be impacted by whatever is happening,” Walker said.