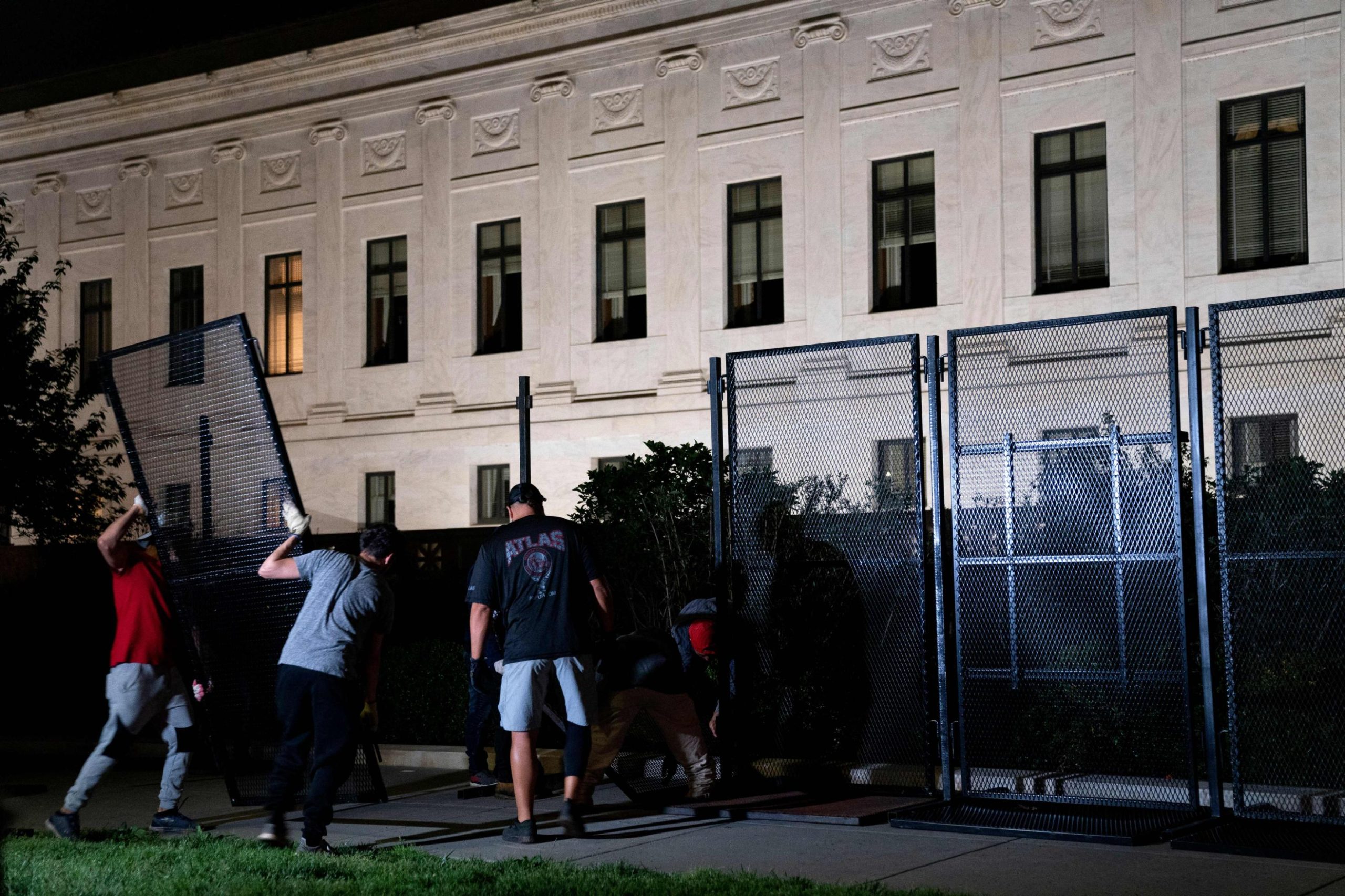 The chief justice of the United States is only as powerful as the individual who wears the title and his times.

At this moment in his Supreme Court stewardship, John Roberts appears suddenly ineffectual. Gone is the confident jurist whose views prevailed across the board and the man who was all-controlling of operations at the court building.

The disclosure by Politico of a first draft of an opinion in the most important abortion case in decades suggests that he has lost control on a significant portion of American law. Roberts apparently has not joined a resounding reversal of the 1973 Roe v. Wade decision, with the repercussions for privacy rights that would follow.

And the sheer release of a draft opinion by Justice Samuel Alito reflects a failure to protect the court as an institution. Never before has a full draft opinion been publicly revealed. And in this situation, the magnitude of the contents has shaken the country as people on both sides face the possibility that women may no longer have a right to end a pregnancy in its early weeks.

Roberts said the court is investigating the leak, but the scope of and resources toward the effort are unclear, as is whether findings of an internal review will be made public. How extensively will justices, their law clerks and other employees be questioned? Will emails and phone records of the workforce be scrutinized? Should employees begin hiring lawyers to avoid any missteps in the investigation?

While tensions swirled inside and protests continued outside, a new, higher-security fence was installed around the building Wednesday night.

In Roberts’ first public appearance since the Monday leak, at a legal conference in Atlanta on Thursday, the chief justice called the disclosure of the draft opinion “absolutely appalling” and suggested “one bad apple” had tainted public perceptions of the court’s workforce.

Roberts, 67, has rarely been in a defensive posture. From his youth in Indiana, prep school, then Harvard and prestigious judicial clerkships, through his service in the Reagan administration, Roberts was a first-in-his-class achiever. He became a star appellate advocate before the high court, and in 2005, when Republican President George W. Bush appointed him to the bench, Roberts was the youngest chief justice in more than two centuries.

And his successes have not completely ended. Roberts may have lost the fight on immediate evisceration of abortion rights — and nothing is final at this stage of deliberations — but he will likely prevail with the conservative majority on his other agenda items.

Based on oral arguments in pending cases, he would be with the majority to expand Second Amendment gun rights, enhance public funding of religious education and allow more prayer in public school settings.

But at this moment, with a privacy landmark before the justices and an unprecedented leak, the usually steady Roberts is enveloped in chaos.

Leader of the conservative bloc

That’s not how America first saw him. Roberts’ testimony before the Senate Judiciary Committee was so engaging and effective that administrations of both parties later suggested their nominees view his tapes.

“Watching Roberts on television was like watching one of the radiantly wholesome heroes that Jimmy Stewart and Henry Fonda played,” Janet Malcolm wrote in The New Yorker during the confirmation hearings. “It was out of the question that such a man be denied a place on the Supreme Court.”

The chief justice holds a single vote, as do each of the eight associate justices. But the chief has the power to assign the opinions for the court when in the majority, which allows him some control over the outcome and scope of legal reasoning.

Roberts’ first major clash with fellow conservatives came in 2012, when he saved the former President Barack Obama-sponsored Affordable Care Act law, after switching his vote near the end of internal debate and joining the then-four-justice left wing.

Democrats applauded him, and many observers across the ideological spectrum viewed his moves as preserving institutional integrity in a politically charged controversy. But the right-wing Republican base that had promoted Roberts through his early years in Washington expressed outrage. Fellow conservative justices felt burned.

Immediately after the decision, he tried to brush off the controversy, telling a judicial conference that he was keeping his previously scheduled trip to Malta, finding it necessary to retreat to “an impregnable island fortress.”

That ordeal — difficult yet still controlled by Roberts — differs from today’s situation.

Since October 2020, with the addition of Justice Amy Coney Barrett, the third appointee of former President Donald Trump, Roberts has found a formidable majority to his right and often in control.

The Trump tenure, overall, created problems for Roberts, as Trump constantly disparaged the judiciary and undercut the chief justice’s message of an impartial bench. When Trump in 2018 derided a judge who had ruled against his administration as an “Obama judge,” Roberts issued an extraordinary rebuke: “We do not have Obama judges or Trump judges, Bush judges or Clinton judges. What we have is an extraordinary group of dedicated judges doing their level best to do equal right to those appearing before them.”

In the minority in abortion cases

He has increasingly been relegated to dissent. Last year, when the new right-wing five let a Texas abortion ban after roughly six weeks of pregnancy take effect, he protested with his three liberal colleagues.

The majority rebuffed arguments to temporarily suspend the prohibition known as SB 8 while litigation proceeded over the measure, which blatantly conflicted with Roe v. Wade, which had made abortion legal nationwide.

“The clear purpose and actual effect of S.B. 8 has been to nullify this Court’s rulings,” Roberts declared in a December dissenting opinion.

Roberts had previously voted against abortion rights. But in the Texas case last year he vigorously protested the state’s “scheme” to bypass high court precedent. He argued that Texas had undermined Supreme Court authority for constitutional rights.

The pending Mississippi dispute, which Alito and fellow conservatives apparently are using to overturn Roe, presented, in the state’s initial appeal, the limited question of whether government could impose a ban on abortions after 15 weeks.

Such a prohibition would conflict with a significant part of Roe and a 1992 case that reaffirmed the 1973 milestone. Those decisions prevented states from interfering with a woman’s abortion choice before a fetus became viable, at about 23 weeks, and able to live outside the womb.

During oral arguments in the Mississippi dispute on December 1, Roberts suggested a compromise of sorts that would preserve some constitutional right to abortion. He raised the possibility that states would be able to ban abortion at 15 weeks but go no further, leaving Roe’s ultimate fate for another day.

No other justice endorsed that approach during the arguments. Still, it was hard not to believe that the characteristically persuasive chief justice might win over at least one fellow conservative to stop the wholesale reversal of Roe (when joined with the three remaining liberals).

On Tuesday, when court officials and Roberts first commented publicly on the Alito draft dated February 10, they said, “Although the document described in yesterday’s reports is authentic, it does not represent a decision by the Court or the final position of any member on the issues in the case.”

Under the usual court schedule, Roberts would have about eight more weeks to try to turn the case around.

His suggested middle ground appeared elusive at the start. Now, with Alito’s drafted decimation of Roe, any compromise may be insurmountable.

More on what exactly caused the NYSE trading crash on Tuesday