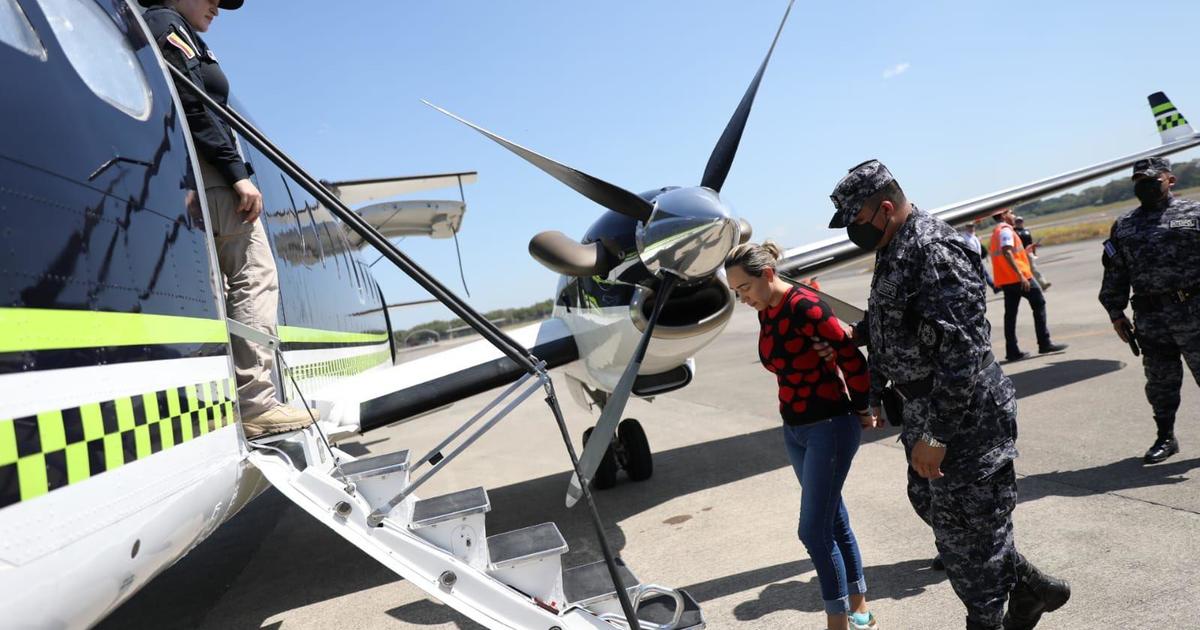 A woman is suspected in the murder of a Paraguayan anti-mafia prosecutor was deported from El Salvador on Saturday and handed over to Colombian authorities, Colombian prosecutors said.

Margaret Chacon Zuniga is accused of participating in the “planning, financing and logistics of the assassination of prosecutor Marcello Peccia” and was due to appear before a supervising judge on Sunday, the investigative body said on Twitter.

Her capture increases the number of detainees in connection with the murder of Pecha last May to seven.

The prosecutor was murdered in front of his pregnant wife, Paraguayan journalist Claudia Aguilera, while they were on their honeymoon on the Colombian island of Baru, near the Caribbean tourist port of Cartagena.

Just two hours before the attack, Aguilera posted a photo on her Instagram account announcing that they were expecting a child. the BBC reports. Aguilera said the two men arrived at the beach on a jet ski or small boat. One approached Pecha and, “without saying a word,” shot him twice.

“We repeat: El Salvador will not be a haven for international criminals,” Villatore wrote.

Chacon was arrested Wednesday along with 47-year-old Salvadoran Wilber Hueso, who is accused of hiding her in the Central American country.

El Salvadoran authorities searched two houses where the suspect was hiding and seized Colombian passports, cellphones, laptops and about 15,000 euros ($16,000), as well as several dollars and Colombian and Mexican pesos.

Authorities in Colombia, Paraguay and the United States are searching for the masterminds of the murder, who they believe are linked to drug-trafficking networks.

Pecchi investigated Brazil-based criminal gangs and money launderers in the area where the borders of Paraguay, Brazil and Argentina converge.

In November, the US State Department offered a $5 million reward for information “that led to the arrests and/or convictions of as-yet-unknown individuals who conspired or attempted to participate” in the murder.

Four arrested so far, including the killer, pleaded guilty and were sentenced to 23 years in prison in June.

Last month, Venezuela’s interior minister shared with reporters a video in which Gabriel Carlos Luis Salinas Mendoza, a Venezuelan national arrested in Caracas, appeared to confess to his involvement in the murder of Marcelo Pecha.

“We rented a jet ski, went to Baru Beach (in Colombia) and committed” the crime, Salinas, one of the two alleged killers, told investigators.

After crossing the border, he “received $8,000 and came to Venezuela.”

Salinas is accused of operating a jet ski.

The secret life of Xi Jinping is explored in the new Prince podcast.