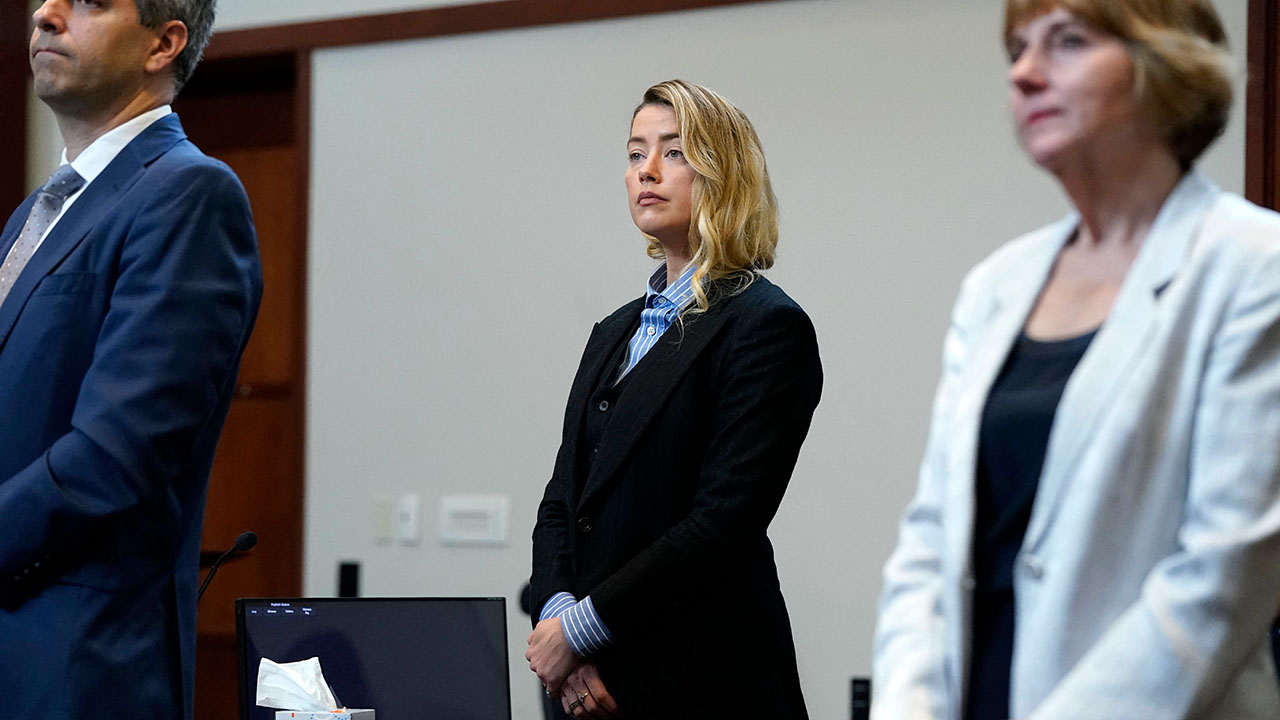 (The Hill) – Amber Heard is set to take the stand this week in the defamation trial brought by her ex-husband Johnny Depp.

The trial involving the two actors, who were married between 2015 and 2017, has shifted Hollywood’s attention from California to Fairfax, Virginia, where the “Pirates of the Caribbean” star and his witnesses have amassed an enormous amount of media attention.

Get Hawaii’s latest morning news delivered to your inbox, sign up for News 2 You

The Law & Crime Network reported that it had hit 330 million viewers since the trial, expected to last about six weeks, first began.

Heard’s testimony, which sources told The Hill could start this week after a Virginia judge rejected her motion to dismiss the case Tuesday, is likely to be one of the most dramatic and pivotal points of the courtroom drama.

The case rests on Heard’s 2018 op-ed speaking up against sexual violence, which Depp claims harmed his reputation. Witnesses have outlined in great detail how he was shunned from major production companies and film franchises that revolved around his characters.

Much of Depp’s testimony focused on him being the victim of Heard’s physical and mental abuse despite the fact that Depp lost his defamation suit against the publisher of the Sun Newspaper, which labeled him as a “wife beater.”

Dawn Hughes, a forensic psychologist, took the stand Tuesday as Heard’s first witness. She diagnosed Heard as having post traumatic stress disorder because of abuse from Depp.

The testimony appeared to be a clear contradiction of Depp-hired psychologist Shannon Curry’s evaluation of Heard. Curry had testified that Heard did not suffer from PTSD but instead had two personality disorders.

“Love and normalcy are almost always in these relationships,” Hughes said. “When you’re in a lull and the violence isn’t happening, you’re back with the man you fell in love with.”

Hughes also testified that Depp performed a cavity search on Heard, manually searching her private areas with his fingers, in addition to penetrating her with a bottle.

Having to do damage control from Depp’s testimony about Heard’s physical abuse, Hughes testified that women can become violent when defending themselves and pointed out that Heard may have yelled at Depp out of anger from suffering abuse.

Heard’s ex-nurse Erin Falati also testified that she suffered from anxiety, insecurity and substance abuse and had a history of bipolar disorder and ADHD.

The crux of Heard’s defense rests upon her allegation that Depp abused her physically and emotionally throughout the relationship.

“You’re going to see who the real Johnny Depp is, behind the fame, behind the pirate costumes,” Rottenborn said at the beginning of the trial. “I am sorry Amber will have to relive it, but that is the case Depp chose to bring, and we’re not going to stand by and let them sling mud and make inflated, false statements.”

Depp in testimony denied ever striking any woman. Heard has previously accused Depp of assaulting her in Los Angeles on May 21, 2016, which led her to file for divorce two days later and obtain a restraining order, according to documents obtained by The Hollywood Reporter.

A photograph of Heard — six days after the alleged assault — showed her with a black eye, sparking questions about Depp’s abuse. Heard’s lawyer Elaine Bredehoft said in her opening statement that she used makeup to cover her bruises throughout their relationship.

Depp testified that he was the victim of abuse. Backing up his allegations were audio clips of Heard admitting to hitting him and witness testimonies of fights that damaged the inside of their home in Australia, including one that also resulted in a severe injury to Depp’s finger.

“You didn’t get punched, you got hit. I’m sorry I hit you like this, but I did not punch you. I did not f—ing deck you. I f—ing was hitting you,” Heard says in an audio clip Depp’s team presented, detailing just one of multiple alleged explosive fights.

During the trial in London, Heard admitted to punching Depp, but she said she acted “instinctively” to prevent him from pushing her sister down a staircase, according to The Guardian.

Heard never named Depp in her op-ed, which was titled “I spoke up against sexual violence — and faced our culture’s wrath. That has to change.” But he says it hurt his reputation.

Depp’s lawyers claim that the 2018 article clearly references Depp when she said “two years ago, I became a public figure representing domestic abuse” since she raised abuse allegations against Depp in 2016.

What’s going on around the globe. Find out in International News

But in a preview of what Heard will argue, her lawyer Ben Rottenborn said during opening statements that it is her First Amendment right to comment on a matter of public interest: “This article is about the social change she is advocating and which the First Amendment protects.”

Judge Penney Azcarate ruled in March that Heard can use an anti-SLAPP provision in her defense, as reported by the Associated Press, meaning that she will argue that she should be protected from a defamation lawsuit because preventing domestic abuse is in the public’s interest.

5 things to know and do the weekend of Oct. 7

Man charged with assault after shooting at Libbie’s Restaurant in Milwaukie, OR