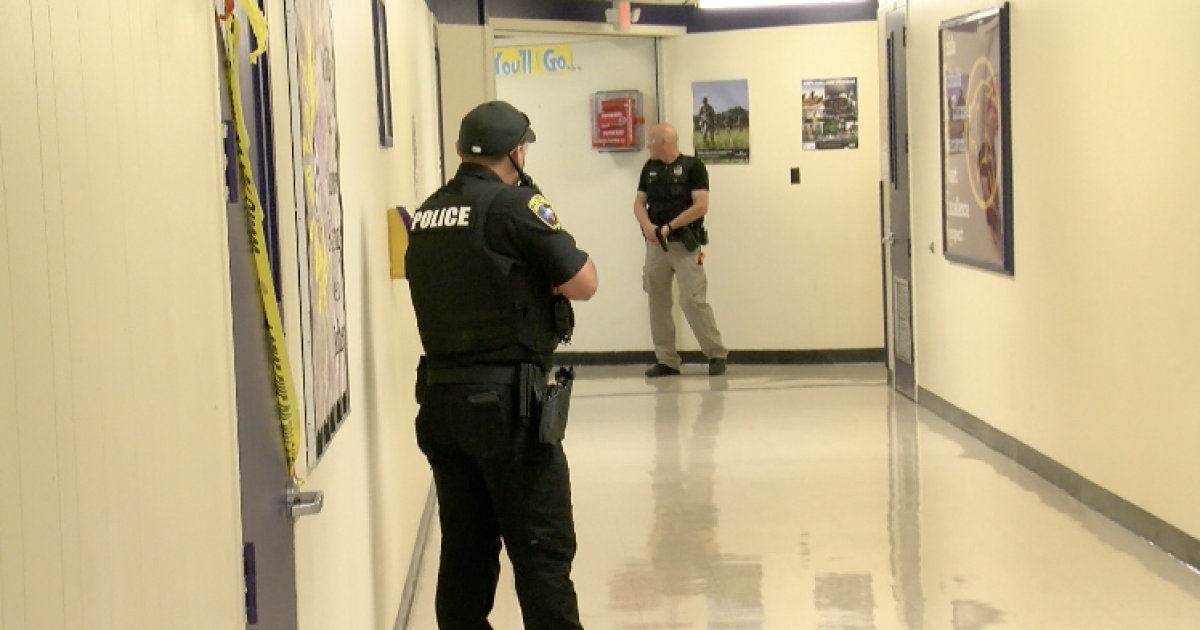 ARANSAS PASS, Texas — Many law enforcement members are determined to build the community’s trust back up, since the police response to May’s mass shooting at a school in Uvalde shocked the country.

“My hope for this school year is that we can get through an entire school year, not just in the state of Texas but throughout the United States, without a single mass casualty or anybody dying in a school,” said Aransas Pass Police Department Harbor Safety Enforcement Officer Jack McCarty.

“Stand by ‘till we get this secured,” yelled a first responder undergoing the simulation.

“Clear the rooms as you come down,” ordered one of the instructors.

If hopes are shattered and a school needs this kind of response, Aransas Pass police and teachers say they are ready.

“It’s frightening to even think about,” Aransas Pass High School ROTC instructor Chief Don Jeffers. “Nobody wants to talk about it. The more that you talk about it and get kids involved in the medical training portion of it; knowing what’s going to happen – I think it lessens that fear.”

Both students and teachers became actors, playing the roles of victims to make the mock scenarios feel real.

“Please help, please,” cried a student of the Aransas Pass Independent School District to officers during the July 20 training.

As of last year, Aransas Pass ISD is an armed district. That means certain school staff carries guns on-campus, as a form of protection.

“We tell our officers not to take this class one time, you need to constantly take it,” McCarty said. “This is something we need to keep it fresh in our officers’ minds, in our medics’, in our firefighters’ minds so that way, God forbid it happens in our community, we’re ready to respond to it.”

APPD hosts active-threat-response training for the community and businesses. Those may be scheduled by calling the department’s main line and asking for Captain Aaron Jones at (361) 758-5224.

Investigation underway after woman shot in the face outside Antioch bar