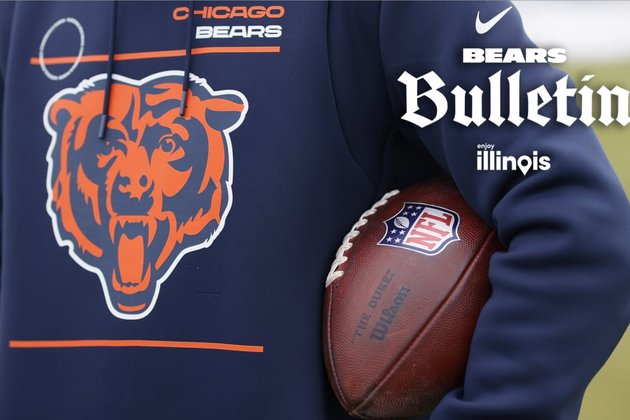 The Bears will conduct their rookie minicamp Friday through Sunday at Halas Hall, with a non-contact practice scheduled for each day.

A total of 69 prospects will participate: all 11 draft picks, 16 undrafted free agents and four first-year Bears-as well as 36 unsigned rookies and two unsigned veterans taking part on a tryout basis, hoping to earn a contract. (Complete list is below.)

The players arrived Thursday, trickling into Halas Hall throughout the morning and early afternoon. They filled out paperwork, got fitted for equipment, received virtual playbooks on iPads, posed for headshots and took medical exams.

“You talk to a lot of people on the phone through the draft process,” said sixth-round pick Trestan Ebner, a running back from Baylor. “So, it was nice to put the faces with the names and just see the coaching staff and how they interact with us and each other, and meet some of the guys that are going to be your future teammates.”

The Bears held a team meeting that featured special guest speaker Charles Tillman. The former Pro Bowl cornerback, who starred for the team from 2003-14, was invited to address the NFL hopefuls by coach Matt Eberflus.

Every player entered Halas Hall through a hallway that’s lined with the names and numbers of the 14 players who have had their numbers retired by the Bears.

“I’m just hoping that I do the same things they did and do special things in Chicago,” said second-round choice Jaquan Brisker, a safety from Penn State. “I’m just really humbled and blessed, taking it all in. Checking into a professional football facility, it was amazing. It’s great coming here and meeting new people, especially new teammates you’re going to war with, teammates you want to make the playoffs and win the Super Bowl with. We’re trying to build that bond so we won’t waste any years.”

Here are the players who are slated to participate in the rookie minicamp:

5 things to know before the stock market opens on Wednesday, September 7