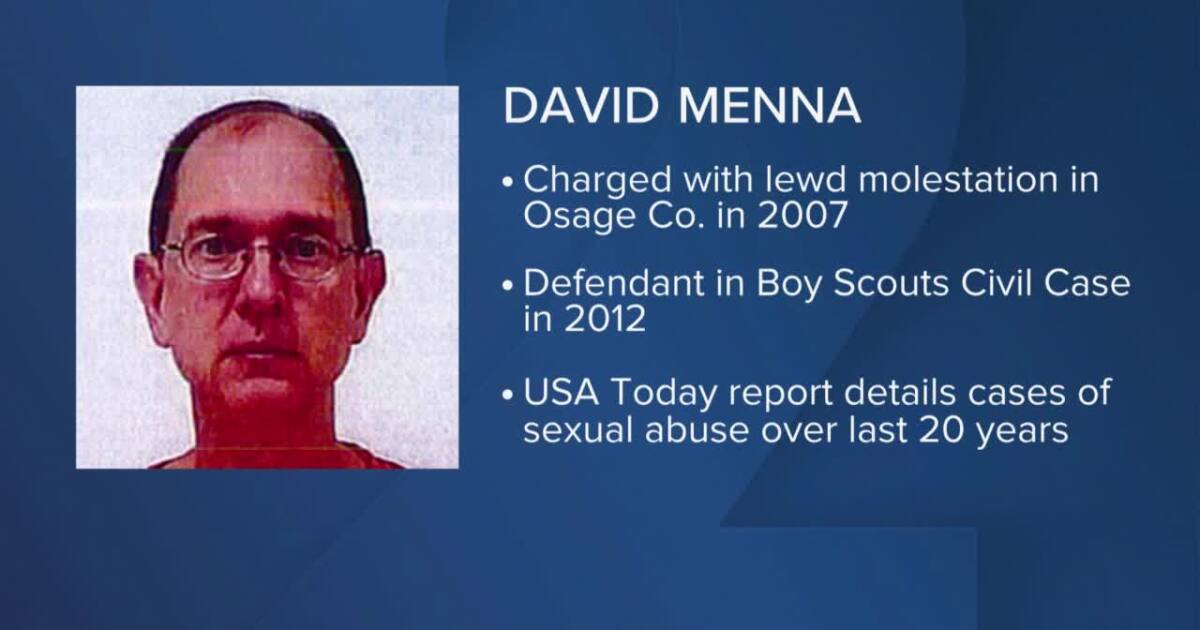 BIXBY, Okla.  — The Bixby Police Department is holding a news conference on Friday about the arrest of a suspected sexual battery suspect.

Police arrested David Menna on Tuesday on suspect sexual battery. The alleged incident happened at a home in Bixby where Menna provided care for the victim in their home. Arrest records allege that Menna cared for a man with Parkinson’s who is non-verbal. When the man’s wife was out of town it is alleged that Menna moved the cameras used to monitor the home and shaved the man’s privates despite being told not to do so.

2 News Oklahoma is going to the news conference and will update as information is released.