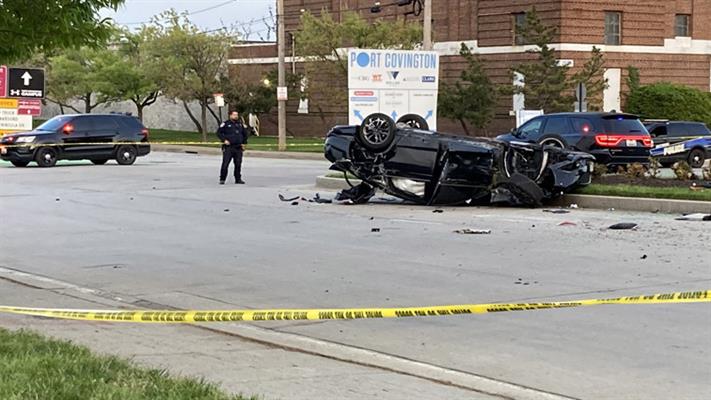 According to Harrison, the detective was on duty in the 2800 block of South Hanover Street, operating his unmarked departmental vehicle, when he was approached by three armed individuals.

“At some point, our detective pulled out his weapon and discharged his weapon, but it is unknown if any of the individuals were struck by gunfire or any injuries at this point,” Harrison said.

The individuals fled the scene in the detective’s car, crossed the Hanover Street Bridge and crashed and overturned on Insulator Drive, Harrison said.

Two people were arrested, while one person is still on the run.

No other information was immediately released.

A fossil hunter found bones on the Isle of Wight before he died. ...

Smiley: Why women like men in uniform | Smiley Anders