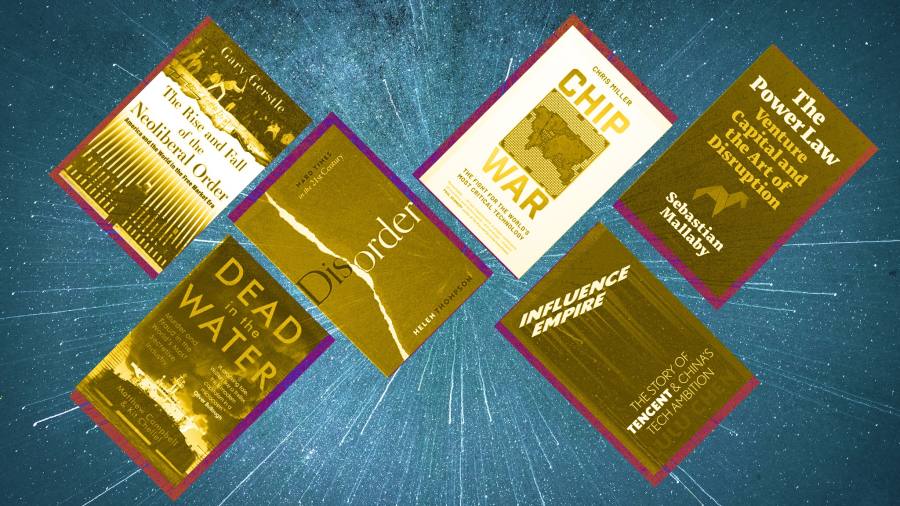 The Financial Times has announced the shortlist for its 2022 Business Book of the Year Award, pitting investigations into the geopolitics of energy and the development of free markets against investigations into venture capital, shipping and the technology industry.

The titles address “some of the most complex and important issues facing global capitalism”, said Rula Khalaf, FT editor and chair of the jury, praising the authors for their “deep knowledge and wide-ranging investigation”. The jury selected six finalists from a long list of 15 books prize of £30,000:

Dead in the water: Murder and fraud in the world’s most secretive industryMatthew Campbell (pictured) and Keith Chellel, explores the courtroom revelations of fraud and unsolved murders surrounding an apparent tanker attack to shed light on the global shipping industry and how it is financed.

Empire of influence: the story of Tencent and China’s tech ambitionsby Lulu Chen, traces the rise of Tencent, the developer of the Chinese “everything app” WeChat, and its founder, Pony Ma, and their place in China’s tech economy.

The rise and fall of the neoliberal order: America and the World in the Age of the Free Marketby Gary Gerstl, examines how the creed of free trade and free markets took root in the last decades of the 20th century and the consequences it led to neoliberal believers.

A powerful law: Venture capital and the art of disruptionSebastian Mullaby (whose biography by Alan Greenspan, The man who knewwon the award in 2016), examines the roots and role of venture capitalists in the success of Silicon Valley and some of the world’s largest technology companies.

The war of chips: The battle for the world’s most critical technologyby Chris Miller, reveals the long supply chains that make up the complex and increasingly fragile web that creates and assembles semiconductors, and examines the consequences of our global dependence on a few huge manufacturers.

A mess: Hard times in the 21st centuryHelen Thompson, analyzes the profound implications of recent energy instability, which continues to provoke global tensions and shape and disrupt international politics and policy-making.

Khalaf announced the finalists online on September 22. The award itself will be presented at a dinner in London on December 5, where the winner will receive £15,000 Bracken Bauer Award (for business book proposals from an author under the age of 35) will also be announced.

The “Business Book of the Year” award was first presented in 2005. The award goes to the book that provides “the most compelling and enjoyable” view of contemporary business issues. The runners-up will each receive £10,000.

Nicole Perlroth’s sobering investigation into the cyber arms race, This is how they tell me the end of the world, was last year’s winner.

Other judges for the 2022 award are: Mimi Alemaehau, Senior Vice President of Public-Private Partnerships, Humanitarian and Development Group, Mastercard; Mitchell Baker, CEO of Mozilla Corporation; Mohamed El-Erian, president of Queen’s College, Cambridge, and advisor to Allianz and Gramercy; Erminia Ibarra, Professor of Organizational Behavior at the London Business School; James Kondo, Chairman of the International House of Japan; Randall Krosner, professor of economics and associate dean for executive programs at the University of Chicago Booth School of Business; and Sriti Vadera, Chairman of Prudential and the Royal Shakespeare Company.

For more information about the prize, please visit www.ft.com/bookaward.