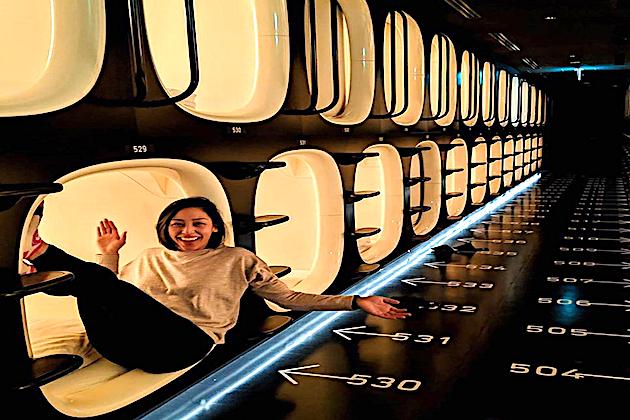 PALO ALTO, California: Due to greatly increasing rents in the San Francisco Bay Area, Silicon Valley is trying a new concept: small, individual pods to rent in a shared house with a common kitchen and other spaces.

While the monthly rent for a three-bedroom, two-bath house in Palo Alto reaching $6,000 to $8,000, residents will pay $800 per month for individual pods, which are a bit larger than a twin bed.

“Our pods are actually eight feet tall, so it gives enough room for bigger people and also some wiggle room, so they’re not like the Japanese capsules. They’re a bit larger,” said Brownstone Shared Housing Co-Founder Christina Lennox, as reported by ABC News.

The pods are outfitted with a temperature-controlled fan, lighting, a fold-down desk and whatever personal touches renter choose to add.

Lennox and partner James Stallworth wanted to address the need for affordable housing. Unlike New York, Palo Alto does not set a limit on the number of renters in a single-family home. They also found a cooperative landlord.

“We told them about our concept and the benefits of it and how it would help people, and the landlord was interested,” Stallworth said.

All of the residents, who are mostly starting new jobs or working as interns, are in their 20’s.
“For me, I don’t need a big space. At night when I go to sleep, I need just one bed,” said tennant Luis Alsonso, according to ABC News.