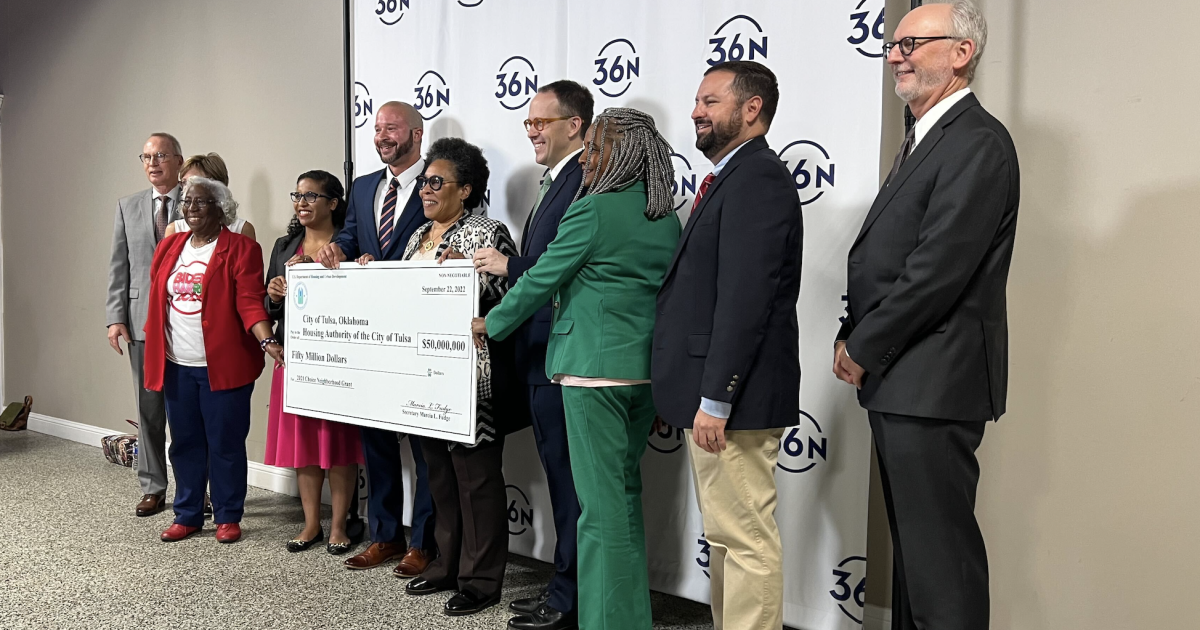 “This is the biggest grant we’ve given this year,” HUD Secretary Marcia Fudge said.

The $50 million grant comes from the Choice Neighborhoods Initiative and will specifically benefit the Envision Comanche plan at 36th Street North and Peoria. The Tulsa Housing Authority project is expected to cost more than $190 million, transforming a portion of 36th Street North into a mixed-use, mixed-income community. It will include 545 new apartment units.

Fudge says over the decades some neighborhoods and communities have been neglected but she says that ends now.

“I am here because HUD understands that is our job to create an environment in which people succeed,” Fudge said. “So many of our children and our families begin their lives by what I call behind the starting line of life fighting to catch up everyday. People in this community are not going to have to fight to catch up anymore because you are going to be leading this battle every single day.”

“Today just hearing the amount of commitment from our community, from our government, it was very much hopeful to me being a former resident but also being a North Tulsa resident and business owner,” said LaToya Rose a former Comanache Park apartment resident.

Rose says this project will revitalize the area. “It will bring so many people back to North Tulsa so that we can continue to move it forward,” she said. “So I’m looking forward to the diversity that it’s going to bring but most importantly more success stories that are going to come from Comanche.”

The project also includes a grocery store, an urban farm, the creation of a wilderness area and private development over the next several years. This isn’t the first Choice Neighborhood Initiative project in Tulsa. The city was awarded a $30 million grant for the River West redevelopment project in 2018 which is still underway.

During the announcement, Mayor G.T. Bynum gave HUD Secretary Fudge a key to the city to thank them for the money. The city must complete the Envision Comanche project in 6 years as required by the program.