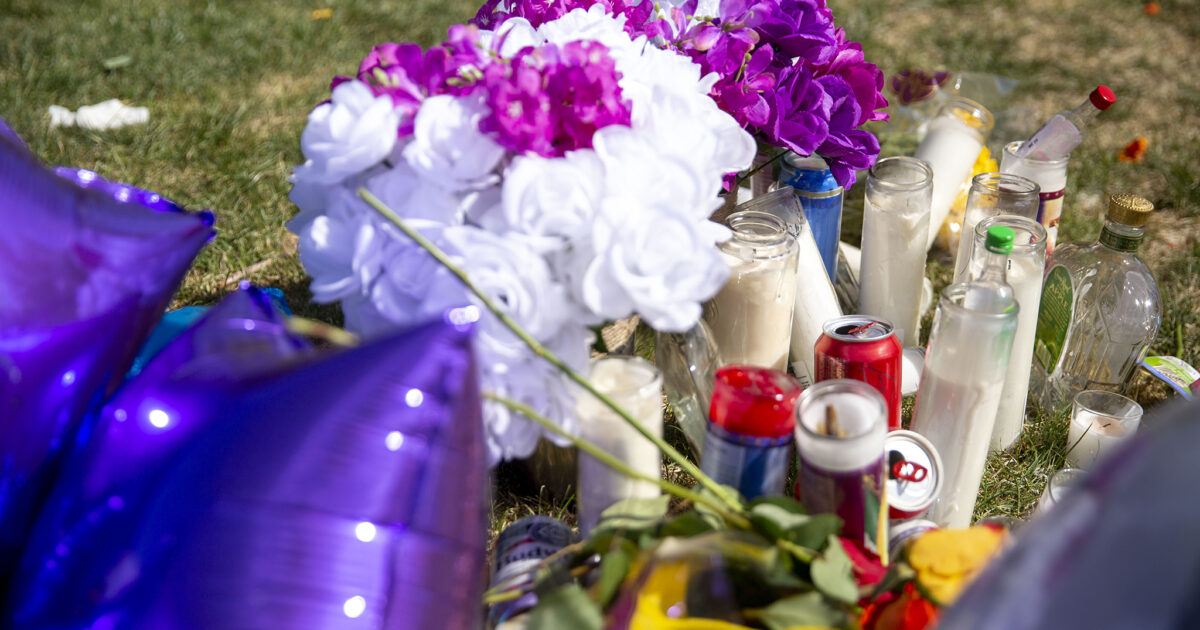 “Gary wouldn’t want this park to shut down because of him.”

Last week, Denver Parks and Recreation closed and barricaded the park after 63-year-old Gary Arellano was fatally shot on April 27 while attempting to break up a fight. Denver Police later arrested a 24-year-old in connection with the shooting.

Cyndi Karvaski, a Parks and Rec spokesperson, previously said the department has a duty to protect staff and residents, so closing the park was a necessity and within the department’s rights.

“We have the authority to close parks as necessary for sanitary, health and safety measures,” Karvaski told us. “That would be our response to the violence that is occurring.”

But community members, including some of Arellano’s family, were displeased with the decision, wondering why they weren’t involved or asked how they would like the situation to be handled.

Jami and Tracey Arellano, Gary Arellano’s niece and sister-in-law, both previously said they were unsettled to see fencing bisect the grass.

“Gary wouldn’t want this park to shut down because of him,” Tracey Arellano said. “We need more community outreach. They don’t need to shut things down…They close this park down, where’s everybody going to go? To the next park. And the same stuff is going to happen.”

Their thoughts were echoed during a community meeting held Wednesday night at Denver Inner City Parish. Parks and Rec Executive Director Happy Haynes met with residents along with Denver Police and Councilmember Jamie Torres to discuss the park’s future.

Torres said residents at the meeting expressed feeling punished by the parks closure and shut out by the lack of communication between Parks and Rec and community members.

“Folks were interested in making sure that the city heard that they didn’t appreciate the park being closed down,” Torres said. “Shutting down the park created silence…It was important for Parks and Recreation to hear that and to hear that this neighborhood wants more dialogue with city departments when they make major decisions like that.”

The park was previously shut down twice before due to gun violence. The first was in December for three weeks and again between Jan. 14 and Mar. 24.

A recent analysis of crime data shows that La Alma-Lincoln Park has generally not been a place for arrests and citations. During the second closure, the neighborhood did hit some of their lowest weekly levels of total crimes reported but the general weekly count remained consistent in the neighborhood.

Torres said residents also want to be a part of the policing process. She said a stronger police presence wouldn’t make residents feel safer but thorough communication and collaboration through community policing would make a difference. She added that DPD will work with residents to create and better a partnership.

Although the rec center is reopening, La Alma pool will not be for the third season. For the past two years, the pool was closed due to the pandemic. This year Parks and Rec said the pool will remain closed due to repairs. As the community requested Wednesday night, the parks department will look into busing residents to neighboring pools for the season, which starts on June 6.

A benefit will be held for Gary Arellano on May 14th at the Denver Inner City Parish. Torres said with the park’s reopening, she hopes it fosters better communication and perhaps it could be a symbol for Arellano’s memory.

“This isn’t a community that wants things to happen to them. They want to be a part of the discourse,” Torres said. “They want to be involved. They want to have a say. City departments, our office, we have to do better at communicating with residents. I am encouraged by the dedication of neighbors. It’s not just about the reopening. It’s about making sure Mr. Arellano’s memory is celebrated and I think we have a path of honoring him in someway at that park. And long-term, we need to make sure that park is safe for everyone. I want everyone’s ideas at the table on how we can support realizing those ideas.”

European stocks fell amid a focus on geopolitical tensions

Make the grade with grapes | TheNews