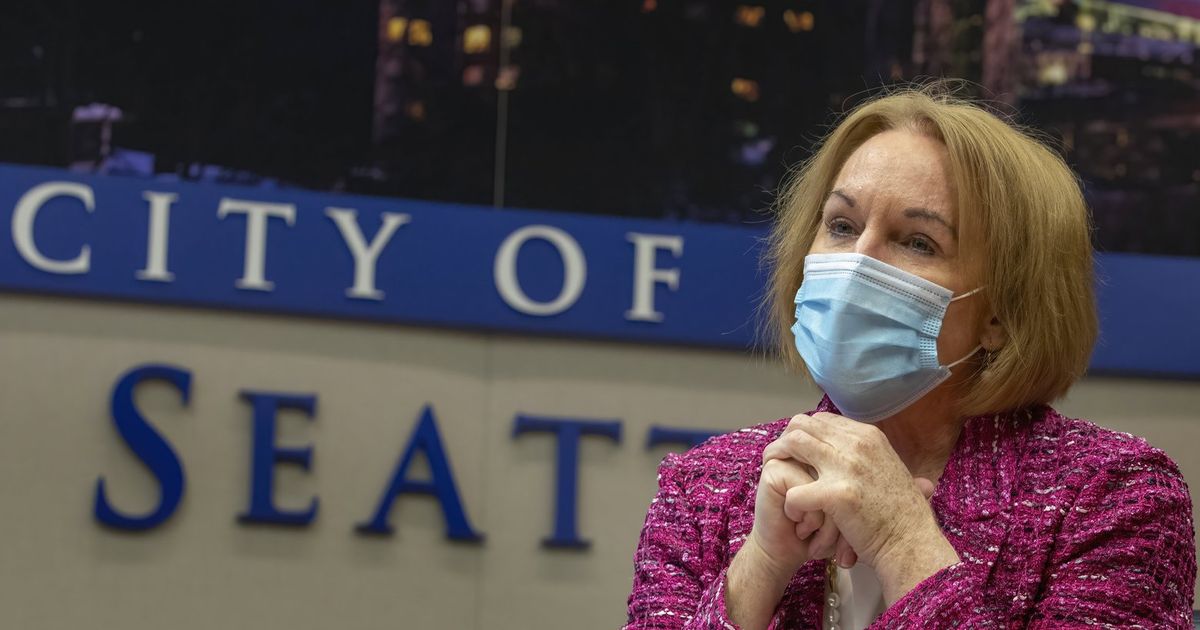 The city of Seattle agreed to pay nearly $200,000 and improve its public records process in a settlement with The Seattle Times this week.

It brings to a close the newspaper’s public records lawsuit over more than 2,000 text messages from former Seattle Mayor Jenny Durkan’s iPhone that were deleted during a tumultuous period in the summer of 2020, which included the formation of the Capitol Hill Organized Protest zone.

While the settlement can’t restore the texts, it does force the city to make changes in how it retains and releases government communications going forward. State law generally requires government records to be saved and available to the public, to ensure voters have unvarnished information to hold elected officials accountable.

“We file a case like this because we feel it is important for the public to see these records,” Seattle Times executive editor Michele Matassa Flores said. “We’re happy to have this resolved, and that the city has agreed to the reforms. That’s what is most important for us.”

Under the terms of the settlement, the city denies any liability for the way it managed public records requests from four Times reporters.

“The city is pleased that it was able to resolve the public records case brought against it by The Seattle Times,” city attorney spokesperson Anthony Derrick said in a statement. He added that the city “shares the common goal of improving governmental transparency and conserving taxpayer resources.”

The Times sued in June 2021, alleging the city violated the state Public Records Act when it mishandled requests from Times reporters. The journalists had asked for copies of messages between city officials, including Durkan and former police Chief Carmen Best, on dates that overlapped with those of deleted texts.

Reporters were trying to piece together who approved the use of tear gas against racial justice protesters, how the city handled fatal shootings in the CHOP zone, why Best later resigned and other pressing questions at the time.

Best’s texts, similar to Durkan’s, were deleted from her phone and not saved elsewhere. Local governments are required to keep such text messages for at least two years.

Besides failing to retain the text messages, the city withheld some records that were legally available to the public and delayed providing documents without justification, among other violations, attorney Kathy George’s lawsuit alleged.

As part of the settlement with The Times, the city agreed to program all city-issued mobile phones to retain text messages permanently. It also committed to training all city employees by the end of the year on the Public Records Act and document retention. Part of the training will instruct people to not use personal phones, including for text messaging, for city business. Similar training will roll out to all elected officials by next fall.

A whistleblower in Durkan’s office revealed the mayor’s missing texts and a forensic investigation later showed her phone was manually reset to delete texts (though investigators couldn’t determine who changed the setting).

Durkan said during a deposition with George that she dropped her phone on July 4, 2020, into a small tidepool on an undisclosed Puget Sound beach, where she had a cabin.

The day she dropped her phone, someone switched an iCloud setting to disable storing texts, according to a city-commissioned forensic analysis. Durkan said she didn’t recall getting that prompt while restoring data on the broken phone, but acknowledged that nobody else handled her phone that day, after it was submerged.

The same forensic investigation found that Best periodically deleted her own texts.

The city also promised to add a “commonly requested records” section to its website for public records requests. The page will have annual pay and wage databases, audit reports, lobbyist disclosure reports, police statistics and crime maps, among other records.

One reform was particularly important for The Times, Flores said. During the discovery phase of the lawsuit, The Times learned that Durkan’s communications staff held up some records that were ready to be released — for more than a month in some cases — in order to review them for “sensitive” material. State law prohibits withholding public records unless they are exempt from disclosure because they contain legally protected information.

“That was a really glaring and highly concerning practice in the Durkan administration,” Flores said.

Durkan said in a deposition it was common for public records officers to “consult with whoever the subject matter expert was, to make sure that records were accurate and complete, and that there was nothing that was exempt that they may not know about.”

Now, according to the settlement agreement, the city’s releasing of public records can’t be “unreasonably delayed because of internal review processes.”

Discovery in The Times’ lawsuit also revealed problems with the Seattle City Council’s disclosure practices, said George. The council withheld portions of text exchanges that should’ve been disclosed until after the lawsuit was filed, and took 630 days to produce deleted texts that had to be reconstructed.

It also waited months to release records that councilmembers Andrew Lewis and Alex Pedersen had quickly turned over internally, and blamed “workload” for taking months to provide Councilmember Tammy Morales with text-extraction software.

In exchange for the city’s settlement concessions, The Times agreed to drop all legal claims stemming from the public records requests, and said it would not file additional requests for the same information. One exception: the paper reserved the right to request documents related to a fatal shooting in the CHOP, as criminal and civil cases proceed.

In Washington, journalists and other members of the public — when they are wrongfully denied access to records — must sue to force a local government to comply. State law allows courts to award civil penalties against an agency found in violation, in addition to attorney fees.

The city’s $199,855 settlement will be paid from its judgment claims fund, which is supported by city utilities and the general fund. It includes $2,800 in costs and $87,000 in legal fees. The rest covers penalties.

Flores said, “It’s most definitely not a good use of the public’s money. I would tell any taxpayers who are concerned about that to write or call their public officials and tell them to follow the law, so we don’t have to go to court over it.”