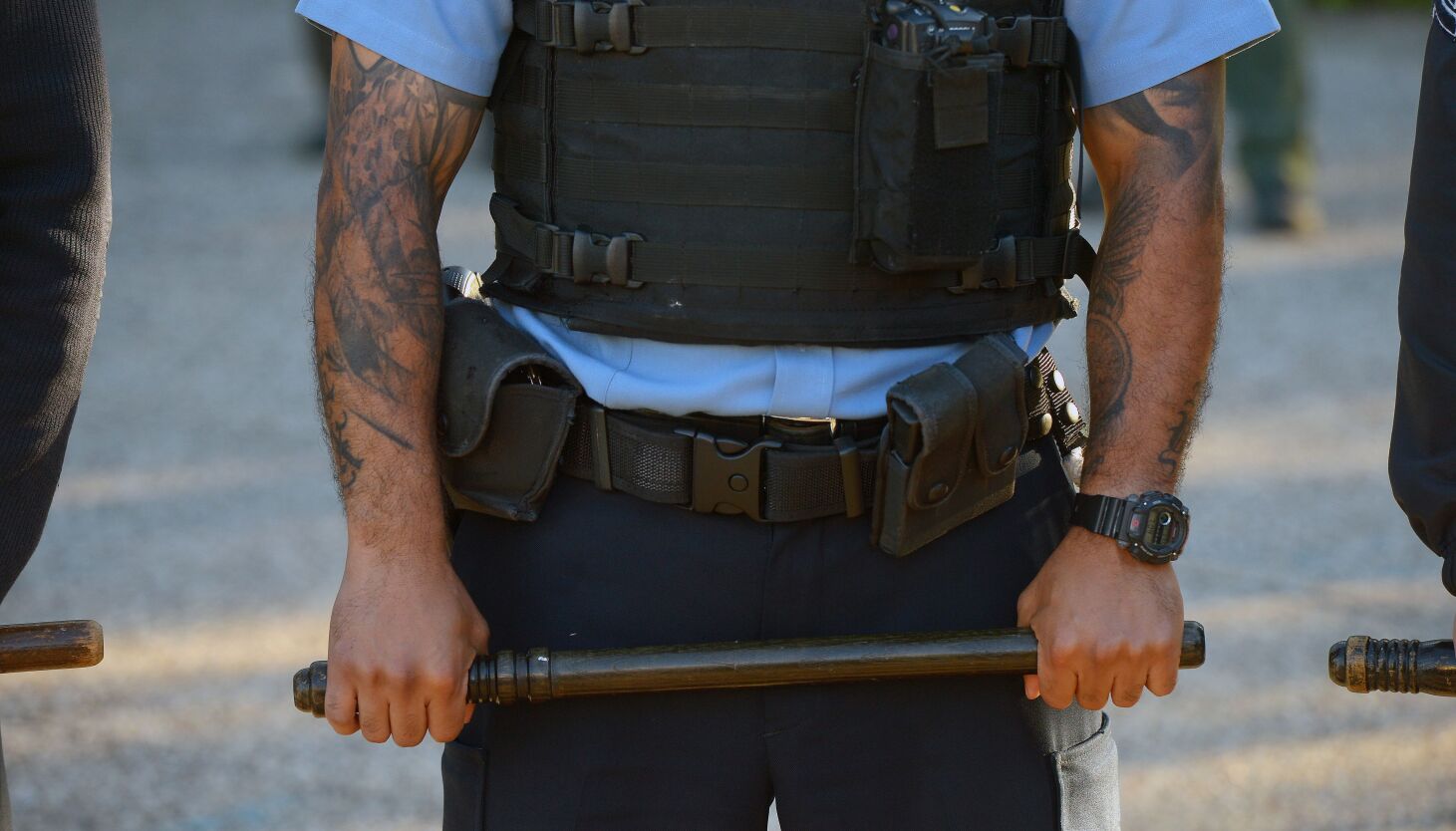 After a leaked surveillance video reached the Civilian Office of Police Accountability, the agency began investigating 23 cops implicated in a “melee” that erupted during violent demonstrations sparked by the police killing of George Floyd.

On the night of May 31, 2020 — six days after Floyd died under the knee of a Minneapolis police officer — dozens of protesters were pushed and hit with batons as officers struggled with two people in the 400 block of North Clark Street, according to a report issued by COPA last November and released publicly on Thursday.

The agency ended up recommending discipline for 12 of the officers, ranging from a one-day suspension to possible dismissal from the police force for two officers.

In February, Police Supt. David Brown formally objected to some of COPA’s findings and called for lighter discipline for four sergeants and two officers. He noted that the downtown area “was overwhelmed by protests that became violent, resulting in rampant protesting, looting, arson and extreme property damage.”

On the day in question, Gov. J.B. Pritzker called in the National Guard to assist the police department. Amid the unrest, Chicago recorded 18 homicides, marking the single most violent day in the city in six decades.

A single police board member, Andrea Zopp, broke the gridlock in three of the contested disciplinary cases in June and sided with Brown.

COPA accused Sgt. Matthew Kasput of using excessive force, failing to submit a report detailing the use-of-force and failing to turn on his body-worn camera. However, Zopp agreed with Brown that Kasput justifiably shoved a protester who chucked a bottle at a mounted officer — the apparent catalyst for the chaotic incident.

Zopp also ruled against COPA’s proposed suspensions for Sgts. Allen Finley and Zachary Rubald, even though she and Brown both agreed with COPA that they failed to turn on their body cameras and failed to intervene in or report misconduct.

‘From a bad movie’

A video of the confrontation involving the officers in the Loop was sent to COPA on June 3, 2020. It shows officers facing off with protesters, some of whom began to throw things at the officers at the intersection of Hubbard and Clark streets.

COPA’s report quotes the officers as saying the protests were “hostile” and “insane,” like a scene “from a bad movie.”

The agency said it found some of the officers used excessive force and made improper arrests, noting that at least 15 of the officers failed to turn on their body cameras while taking people into custody. One officer, whose name was not released, allegedly gave the order to not record the arrests.

“[He] began ‘army crawling, just out of pure instinct,’ as he did not know he was under arrest,” the report said. “Suddenly, [he] felt intense pain in his leg and he realized an officer was sitting on his ankle and twisting his leg.”

After three to five baton strikes to the knee, and additional strikes to his thighs and ribs, the protester was eventually restrained and picked up from the ground, according to the report.

Another protester was quoted saying he witnessed several officers strike his friend in the head with a baton before shouting to stop resisting.

Following the arrests, several police officers were cited in the report for failing to fill out the required paperwork.

One of them, a bike patrol sergeant, said he did not receive any information about paperwork and could not recall who gave the order to begin arresting protestors. Another officer on a bike team said he was instructed that mass arrest procedures and paperwork were already in effect.

The city’s former top watchdog and the federal monitor overseeing the department’s compliance with sweeping court-ordered reforms have both ripped the response to the protests and unrest.

Officers were “outflanked, under-equipped and unprepared,” and the department “critically disserved both its own front-line members and members of the public,” former Inspector General Joe Ferguson wrote in a scathing 124-page report released in February 2021.

Anti-police demonstrations were ramping up across the country, but Brown insisted he “had not seen any reason for concern leading into that weekend,” according to Ferguson’s report. Similarly, Mayor Lori Lightfoot said she didn’t assume there was “potential for peaceful protests to turn violent.”

On Aug. 13, 2020 — after another wave of unrest that summer — former COPA Administrator Sydney Roberts announced that roughly 170 of the nearly 1,000 complaints filed against police officers since Floyd’s killing had prompted full-blown investigations.

COPA notably opened an investigation into a complaint from Ghian Foreman, the police board president, who claimed an officer repeatedly struck him with a baton during a protest in Kenwood. The incident happened the same day as the protests downtown that the police board recently ruled on.

Two federal lawsuits were filed against police officers and the department in May of 2021. They alleged traumatic head injuries, head lacerations, rib bruises, leg pain as well as cuts and bruising.

No, you don’t have to be “fun” at work, French court rules

Here are the winners of the 2022 New England Book Awards