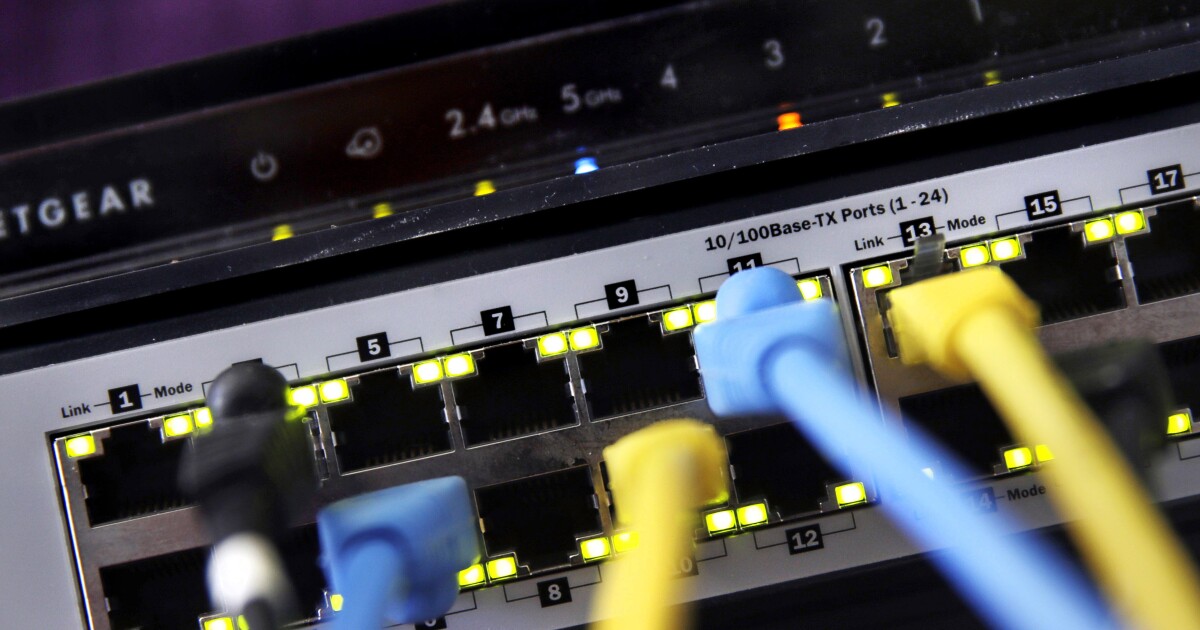 CASTLE PINES, Colo.  — If there’s one technology takeaway the pandemic taught Colorado communities, it’s how integral the internet is to our daily lives. With families working or attending school at home, it wasn’t just rural or mountain communities that faced internet slowdowns but also urban areas like Douglas County.

However, cities and counties are not allowed to help provide broadband services or infrastructure using public money because of a 2005 law passed by the state legislature.

The legislation, which was crafted by the conservative group the American Legislative Exchange Council, was sent to state legislatures across the country.

“There were cities in the nation that were making moves to develop their own infrastructure and then cell service to citizens at lower prices than the private sector, and the private sector didn’t like that,” said Kevin Bommer, the executive director of the Colorado Municipal League.

While some municipalities have taken steps to offer their own internet, others have simply help set up the infrastructure for companies to be able to come in.

In November, three more cities and one more county will ask their voters to allow them to opt-out. Pueblo, Lone Tree and Castle Pines as well as Douglas County have all added questions onto their ballots for voters to decide.

With so much new construction underway in Castle Pines, residents might expect to have access to high-speed broadband. The city is about to double its size in population with two new developments.

The city is already putting in conduit underneath roads to allow for high-speed broadband, but it is not allowed to form public-private partnerships to put fiber through the conduits without opting out of SB05-152.

Mayor Tracy Engerman says allowing the city to get involved would help cut costs for internet providers and potentially encourage more to come to the area.

“If they are able to leverage the infrastructure that the city has, then that reduces their overhead costs when they first start going,” Engerman said. “This gives you the potential of having faster speeds and more competition. So, more competition could, in theory, reduce the cost that you’re paying currently as well.”

Because Castle Pines is expanding so much with new development, Engerman says there is a cost-savings benefit to doing the work now while construction is already underway rather than later.

“It’s certainly far less expensive for us to put the conduit in now instead of putting a new conduit if we don’t already have it there when we’re tearing up the road,” Engerman said.

Meanwhile over at Douglas County, Thomas says opting out of the law would give the county the ability to apply for federal grants to help pay for the high-speed broadband.

Between COVID money through the American Rescue Plan Act and funding through the federal infrastructure bills passed by Congress, cities and counties may be able to tap into tens of millions of dollars of grants for broadband infrastructure.

While high-speed broadband is available in some parts of the county, it’s expensive for internet providers to run the lines further out to more secluded homes or neighborhoods.

“A lot of times telecom companies don’t see significant investment as a good return, because there just aren’t enough people out there to pay for it,” Bommer said.

That’s what Thomas wants to see the grant money used for, to build up the infrastructure between the areas where broadband already exists and the areas that want access to it.

Thomas insists the county doesn’t want to become an internet provider, but she says she has taken phone calls from numerous residents who live in populous places like Parker or Highlands Ranch but who cannot get access to this infrastructure without the county stepping in to help.

Since cities and counties started trying to opt-out, a ballot measure has only failed once in Colorado early on in Longmont. Most other attempts, however, have garnered wide public support since it doesn’t necessarily cost the taxpayers while potentially expanding services.

“All it is is a conversation starter. It allows the local government to identify what strategies it might have for operation and or ownership of the of public infrastructure for broadband or telecom,” Bommer said.

Because so many cities and counties have decided to opt-out, regardless of how the ballot question does in November, Douglas County and others are considering asking the legislature next year to repeal the 2005 law altogether so that smaller communities won’t have to go through the trouble of getting a question on the ballot.

However, the Colorado Municipal League doesn’t support that idea for a couple of reasons. First, they say these votes are public affirmation and a reminder to the private sector that people want more out of their broadband services. If not, they say the vote symbolizes that they’re willing to allow their local governments to do it themselves.

Second, Bommer worries about other requests companies might come to the legislature with in exchange for the repeal.

“Industry is not opposing these local elections. Now, when you talk about repealing the election requirement, it becomes a huge deal and they want several other things in exchange for it that are unpalatable,” Bommer said.

So they say the opt-out elections are an effective way for localities to get things done.

For now, it will be up to voters in November to decide whether they want to allow Lone Tree, Castle Pines, Pueblo and Douglas County to opt out for the sake of high-speed internet.

Finding the Right Lawyer for Your Small Business

Incentive checks have changed the way some Americans see money

Lia Thomas says she transitioned to be happy, not to win swimming titles |...

Sports betting brings in more than $8 billion in bets since...