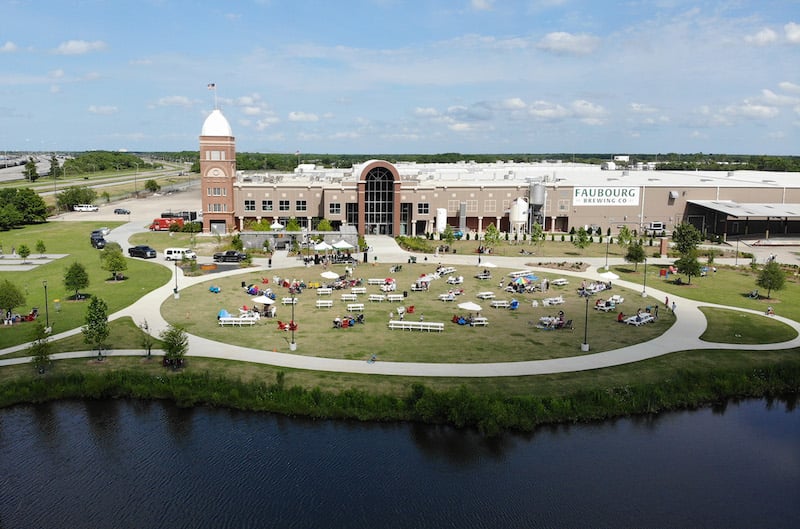 NEW ORLEANS – Faubourg Brewing Company has announced that it has merged with Made By The Water LLC, owner of three craft breweries: Oyster City based in Apalachicola, Fla.; Catawba in Asheville, N.C.; and Palmetto in Charleston, S.C.

In total, Made By The Water’s assets include nine breweries in four cities throughout the southeast. Distribution covers North Carolina, South Carolina, Alabama, Florida, Georgia and Tennessee.  The company will move its headquarters to the Faubourg Brewery facility in eastern New Orleans in a move that is expected to create new brewing, manufacturing and  administrative jobs.

Faubourg said the union will allow it to continue to brew its full line of products while strengthening its distribution network.

“This merger is about making New Orleans the cultural hub of the craft beer industry in the southeast,” said Gayle Benson, owner of Faubourg Brewing Company, in a press release. “Our partnership with Made By The Water allows us to grow the Faubourg brand, and bring in a partner that is a leader in building craft beer brands. I pride myself on making New Orleans first, and I think we can bring all of the best in craft beer from these historically strong craft beer areas in the southeast and make New Orleans the primary focus of the industry. Our goal is to help New Orleans become as well known for its beer as it is for its cuisine and to see the local craft beer industry continue to grow and create quality jobs.”

“We are thrilled to announce this merger of Faubourg Brewing Company with our family of breweries and the relocation of our corporate headquarters to New Orleans,” said Alexi Sekmakas, Made By The Water CEO. “We are a family business and we have a shared vision with the Benson management team for growing craft beer in the southeast. Investing in the community and people is important to us. Gayle Benson has a proven record of community investment and successful business growth, supporting commerce and creating jobs. This makes our partnership a perfect fit.”

The $30 million Faubourg Brewery, which debuted in 2020, is only producing a fraction of the beer its capacity will allow. The merger is expected to boost those numbers. Faubourg and Made By The Water reps said their goal is 100,000 barrels per year.

Mosquito spraying ramping up in the Coastal Bend