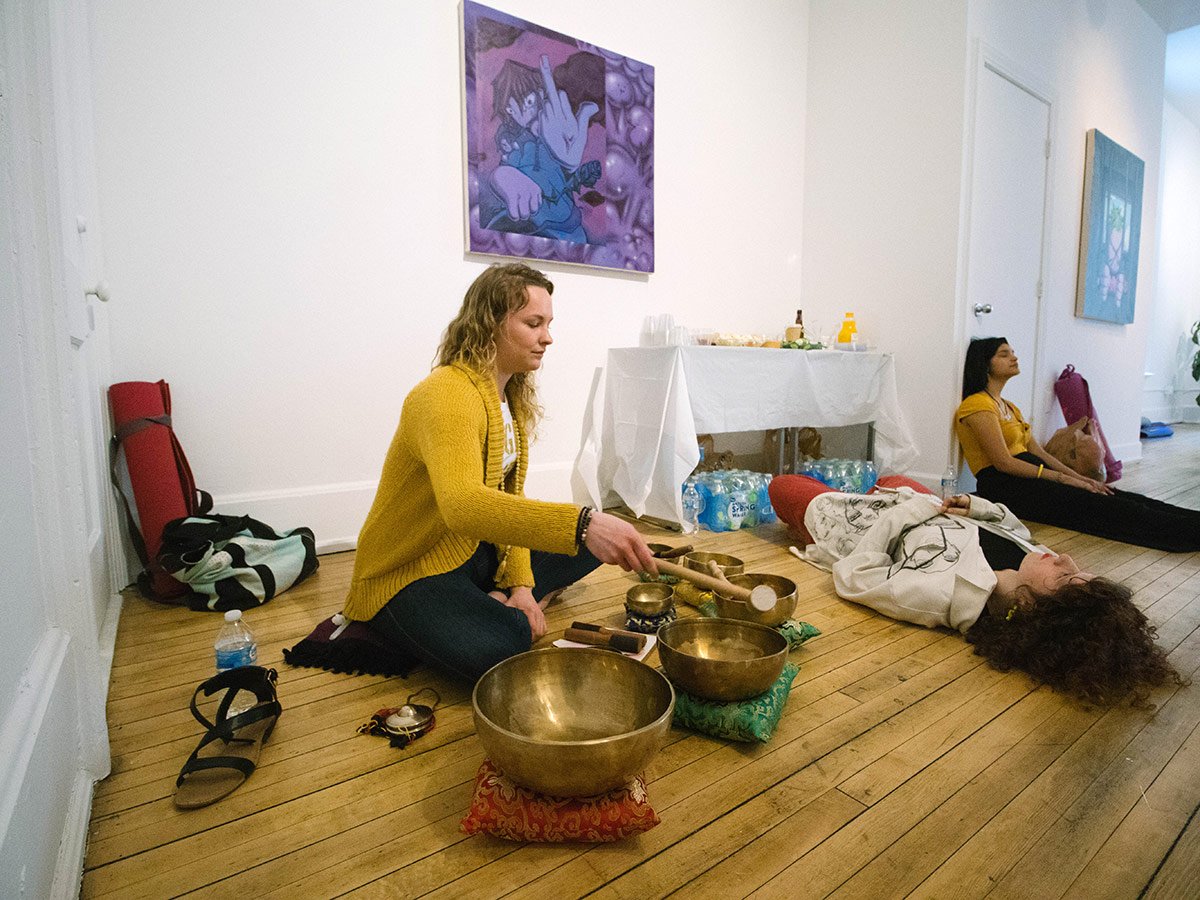 Renaissance Bxtches program is based around community, holistic healing and disrupting societal norms. Launched in 2017, they work to bridge gaps between Black, Brown and Indigenous folks in Milwaukee by holding safe, inclusive spaces while providing opportunities for education, enterprise, recreation and wellness. The organization is run and facilitated by Angelicia Gonzales and Della Deal.

“It initially started with us doing events for women,” Deal explained. “We wanted to create spaces where people could just come together and exist. From that it developed more into everything it is that we do now. There’s more that’s necessary than just being in a space with other people; you have to be comfortable and ask yourself what that takes.”

Deal focuses primarily on physical health programming that involves herbs and food; Gonzales handles more of the spiritual and emotional-based programming. “The goal is to get people to care about their health in not just the standard way,” Gonzales said. “When you look at wellness, there are eight different dimensions of it—your financial situation, your social life, your relationships, your self-perception, etc.—and so we try to get people to have those uncomfortable conversations in a safe space where everyone is able to share those experiences.”

The two met when Deal began hosting events and a mutual friend introduced her to Gonzales when she needed a photographer. “It takes a village to heal a community so why not work with people who share the same interests and have the same passion and dedication for it,” Deal said. “There used to be four of us but now it’s just two of us.”

Gonzales added, “We have great chemistry and synergy so we work really well together.”

The organization’s name comes down to reclaiming power. Deal explains, “Everyone’s a bitch, but most of the time it’s women who get called bitches when they stand in their power and are passionate about whatever it is they’re talking about or working towards. We don’t stick to one thing and that’s the ‘renaissance’ part of it; everybody who’s within a system has something that they’re very good at or something that they’d like to work on. We’re not making anything exclusive while knowing that our talents are all over the place, and that can intimidate people when you walk while you know what you have. We’re taking the word ‘bitch’ back and owning everything that comes with that word.”

Their first-ever event was Artgasm on New Year’s 2018 where they had a sister circle and provided art-related activities as well as reiki and a vision board. One of their previous campaigns was Hydrate to Create where they would pass out water, Gatorade and snacks to folks in parks on Milwaukee’s north and south sides every week during the summer.


“We saw a need and filled a need,” Deal said. “In the summertime, a lot of children in communities of color don’t have access to water and food during the day, especially when they have parents working full-time and they get left out in the heat. That leads to a lot of violence and affects the way that children and teens interact with each other. We just want to be able to give these kids a reason to not have to steal from the store or walk home from the park that they’re having fun at.”

They continue to do Hydrate to Create while also doing an extensional campaign launched this summer called Planting Seeds, Connecting Roots. With this program they take people into different parts of Milwaukee to explore the natural environment and learn about surrounding ecosystems. “We’d still provide the water and snacks while giving people a different setting to be in,” Deal shared. “It’s been more family-based so we had people of all ages come join us.”

This fall Renaissance Bxtches are hosting their Equilibrium series, a seven-part chakra series where each event is based around a different chakra. This will be their fourth year doing it and things kick off in October. “We begin from the crown going down,” Gonzales explains. “The first one we have is typically a meditation. We get a lot of people from the community to come work with us and that’s always exciting.”

Then they play to do their Brown Bosses Brunch event again which is specifically geared towards entrepreneurs and creatives. “We create dialogue about what entrepreneurs need and the different struggles that we go through,” Deal said. “A lot of us are first-generation entrepreneurs, so as people of color we have to navigate that world while understanding what it can be like.”

Renaissance Bxtches are currently looking for sponsors for their Equilibrium series. Visit their website here to get involved and stay in touch.