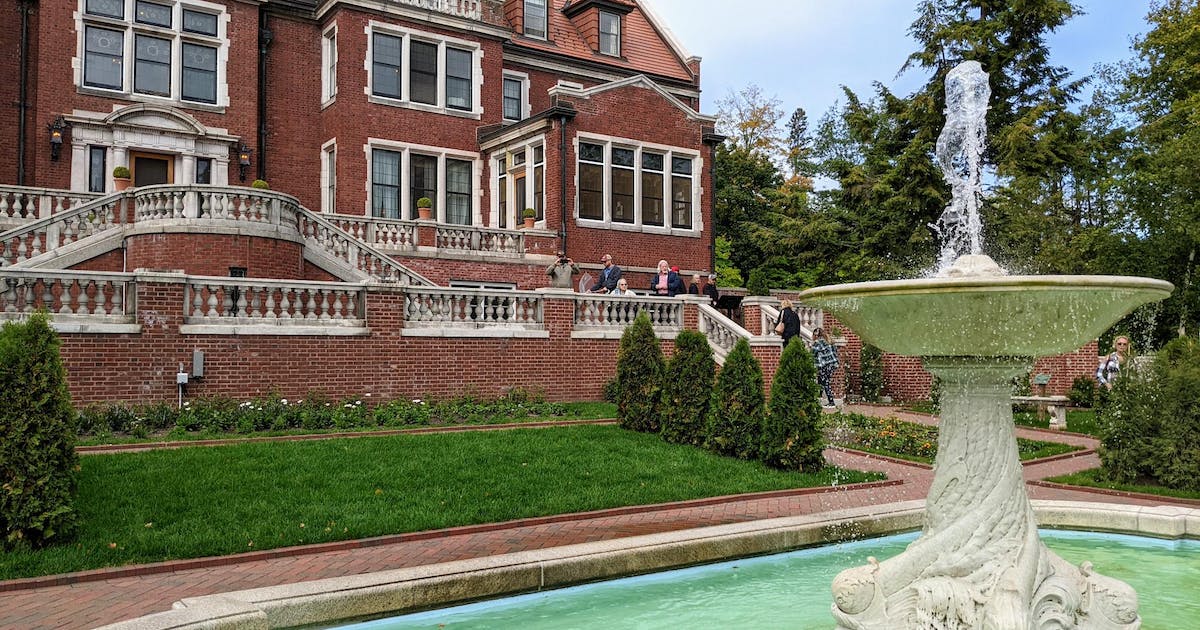 DULUTH — The formal garden at Glensheen Mansion has returned to its roots: the manicured, symmetrical English planting style of 1907, preferred by the estate’s first owner, wealthy financier Chester Congdon.

Highlighting the “bones” of the garden with plenty of pruning and greenery is “very much Chester’s dream,” said head gardener Emily Ford.

The area housing the garden and opulent fountain, which sits directly in front of the mansion overlooking Lake Superior, has been closed for more than a year, as reconstruction of the crumbling brick walls, the leaky fountain reflecting pool, stairs, pathways and a new drainage system was completed. The $4 million project, which includes replacement of a 1940s-era boiler and reconstruction of vegetable garden walls — was paid for with state bonding money, approved in 2018.

The investment acknowledges the significance of the estate to Minnesota, said Dustin Heckman, its director.

“Glensheen is not just a Duluth story,” he said. “It’s a North Shore story, an Iron Range story, and very much a Minnesota story.”

The popular 39-room mansion was completed in 1908 and is listed on the National Register of Historic Places. It was willed to the University of Minnesota Duluth (UMD) in 1968 and opened as a house museum in 1979, two years after the murder of the last resident of the home, Chester’s daughter, Elisabeth Congdon. Chester Congdon was an attorney and a Minnesota lawmaker who made his fortune investing in mining on the Iron Range, and whose legacy includes protecting public access to Lake Superior in the Duluth area.

The garden restoration project was crucial to estate preservation efforts, Heckman said. The brick walls were rebuilt from the ground up, having deteriorated from decades of water damage. The goal was to return the structure and even some of the plants — there were originally 246 varieties on the property — to the era that defines Glensheen’s historic period of significance. The former 1950s-style garden now matches the period of the Jacobean home. The initial design of the garden changed after Chester Congdon died in 1916. His wife, Clara Congdon, preferred a wilder style, full of bright color, Ford said.

The formal garden, with its centerpiece fountain and pool, was originally designed by New York landscape architect Charles W. Leavitt. The fountain itself wasn’t replaced; it remains the pool’s third iteration, carved from white marble.

In the past decade, UMD has spent $10 million on mansion restoration efforts. It next wants to update the visitor center and estate pathways, and make repairs to the carriage house’s masonry.

Glensheen leaders hope the pull of something new draws people back to the 12-acre estate, as the tourism attraction rebounds from the pandemic. While the number of visitors to the mansion is below 2021 and 2019 levels for the same time period, Heckman said Glensheen “weathered COVID really well.”

Glensheen has in recent years boosted visits by capitalizing on its proximity to the lake, with outdoor events held on its grounds throughout the summer. Its popular free concerts on the pier attached to the boathouse saw more people attend this year than any other, said marketing manager Mike Mayou, and September visitor numbers are tracking better than in 2021.

That year was a “banner year” for Glensheen and other Duluth attractions, Mayou said, as people tended to vacation closer to home.

While visitors will have to wait until next summer to see the new garden in full bloom — expect roses, a favorite of Chester’s — Heckman said one new thing to look forward to this winter is a revamped candlelight Christmas tour.