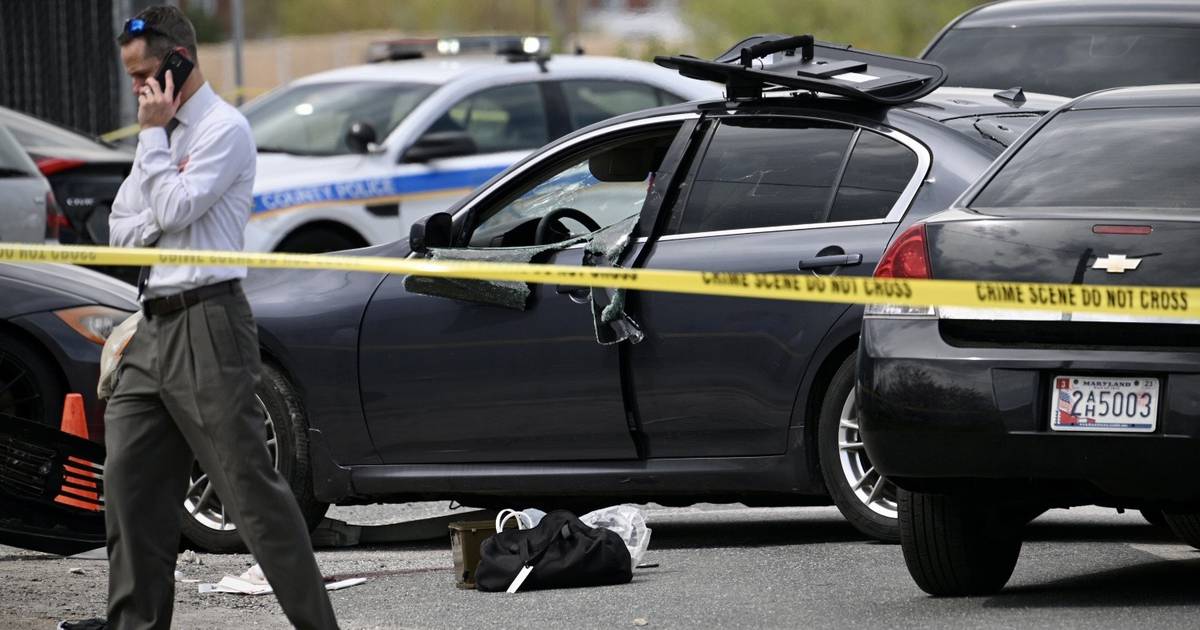 Shellenberger told The Baltimore Sun the grand jury decided Monday that the officers were “justified” in the April 14 shooting, meaning the four will not be charged criminally. The department has identified those officers as G. Depew, R. Johnson, B. Lange and J. Trenary, and said all four are on administrative leave.

A county salary database lists the following full names for the four officers in the incident: Gregory Depew, Jonathan Trenary, Bryan Lange and Robert Johnson Jr. There are three police employees named R. Johnson, but only one, Robert Johnson Jr., has 33 years of service, as the department previously stated.

Charges against the man who was wounded, Shane Radomski, 19, are “being reviewed,” Shellenberger said Monday. He previously said Radomski could face criminal charges in connection with the incident.

Asked why the office chose to bring the case before a grand jury, Shellenberger said, “Because we did.”

He later added: “In this particular circumstance, we decided it was appropriate to present these facts to the grand jury for their decision.”

Police have said the four officers fired their weapons near the intersection of Maryland and Avon avenues, after a car began to “ram” into a department vehicle as police attempted to arrest two people wanted in connection with a 2021 homicide. Radomski was not one of the people police sought.

Raphael Santini, an attorney for the Radomski and his family, said Tuesday the family was focused on the care of their family member — “not only physical care but prayers,” Santini said. “That’s what the focus should be.” He said Radomski had been shot “several” times.

In a statement released Tuesday, police Chief Melissa Hyatt said police have “an extremely important duty to protect the communities they serve.”

“The events that occurred on April 14th are a reminder of the difficult and unpredictable situations that our police officers are confronted with on a daily basis,” Hyatt said in the statement.

The detectives who fired their weapons were not outfitted with body cameras, according to the police department.

Other camera or surveillance footage that captured the incident has not been released publicly by officials. Shellenberger said his office has advised police that until a decision is made on potential charges against Radomski, footage should not be released.

But two videos published by FOX45 appear to show the events leading up to the police shooting.

In both clips, two people can be seen with their hands raised as police detectives emerge from several vehicles. As the two begin to kneel on the ground, a sedan parked behind the men then accelerates, striking an SUV that is pulling up in front of the kneeling men.

The sedan then reverses, backing up close to officers and the two people on the ground. Officers can be heard shouting and are holding weapons with arms outstretched. Their words are unclear, but in one clip, a person can be heard saying, “Get out of the car.”

The sedan then moves forward between the SUV it struck and another vehicle. At least one shot is fired, then several more when it begins to reverse again. The exact number of shots is unclear. Both videos end after the shooting, before any medical aid or arrests take place.

Dave Folderauer, president for the Baltimore County Fraternal Order of Police, Lodge #4, which represents county police officers, said in a statement that the video “confirms how dangerous it is to be a police officer,” adding that “it’s easy to judge police response while clicking frame-by-frame on a video.”

Folderauer said he was glad the grand jury determined the incident was a “difficult and dangerous, but justified, police action.”

The case was investigated by Baltimore County Police, not by the state Attorney General’s Office’s Independent Investigations Division. That division is charged with investigating fatalities involving police, including shootings, police pursuits or in-custody deaths.

At least one man the police were seeking that day has seen his charges dropped.

Brian Rodriguez, 41, originally faced charges including first-degree murder with five other people. Those charges were dropped, and he was released from jail after “exculpatory evidence” was discovered after his arrest indicating he was not involved, Shellenberger said.

Tatum, Brown Must Be More Aggressive Offensively for Celtics to Win Game 7 –...