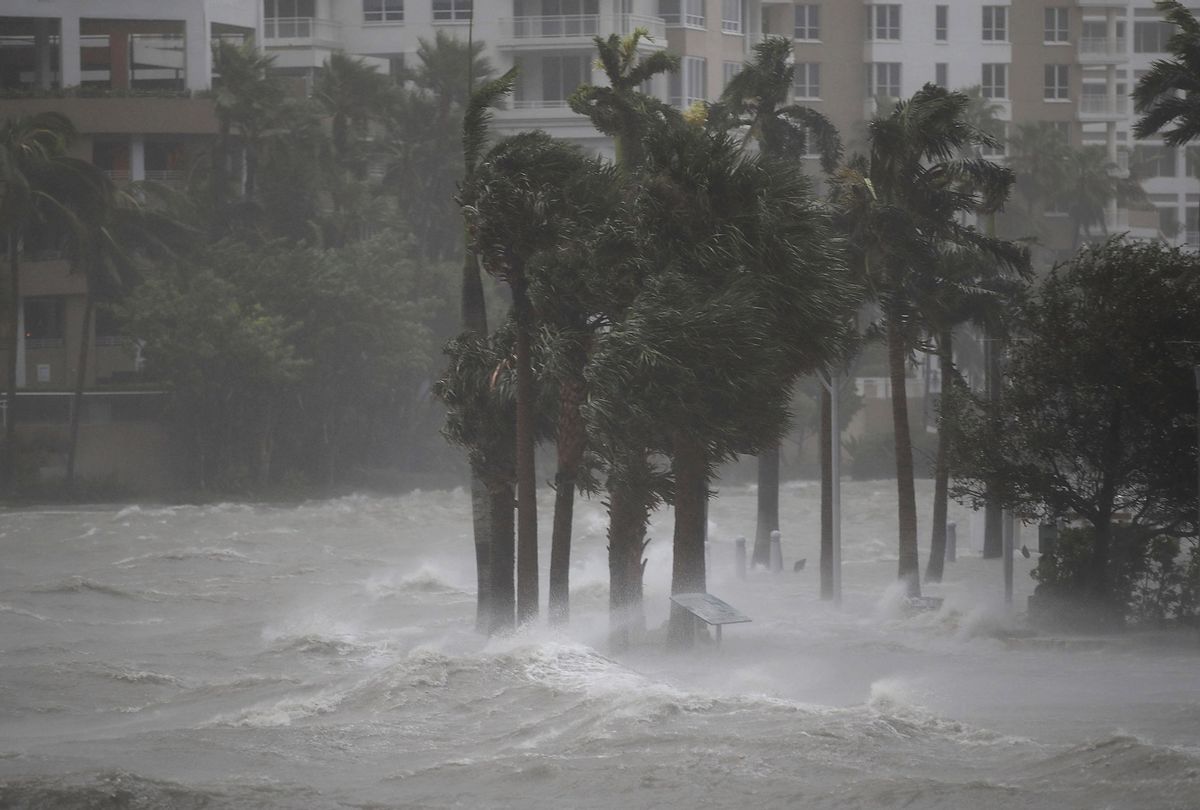 Greenhouse gases are creating such disequilibrium in the atmosphere that past patterns are no longer reliable predictors of the future. For a journalist reporting on climate change, this can mean finding where volatility has its most poignant impacts.

Volatility is a fundamental characteristic of climate change; only uncertainty is truly certain. A team of water scientists led by the U.S. Geological Survey alerted us to that volatility in 2008, when they concluded that past patterns of rainfall — going back several hundred thousand years — were no longer reliable predictors of future rainfall. Their paper in Science was called “Stationarity Is Dead,” an ominous phrase that captured how scientists’ fancy term for baselines — “stationarity,” evoking the range of fluctuations in natural systems — was no longer operative as a way to plan for the future. These scientists predicted much of what we’re seeing today — the collapse of baselines, from rainfall to temperatures and the frequency of extremes, calculations upon which entire governments, industries and human settlements have been based.

This creates a unique set of challenges for journalists covering climate. It’s something like painting a canvas while riding a rodeo horse. (I wrote about this volatility in my book, The End of Stationarity).

Baselines are handy for journalists because they offer a sense of how much variance we’re experiencing from the norm. But what is the norm? What’s the meaning of a baseline if every year the previous “baseline” is surpassed, and the past does not foreshadow the future in a measurable way?

In 2018, the Weather Underground, a data-heavy source on the weather, reported that over the previous three years — 2014-2017 — we’d experienced the most intensive rainfall periods in recorded history. Then came NOAA, which reported that the six successive months of July between 2015 and 2022 were the hottest months of July on record. Then came the World Meteorological Association, which upped the ante and reported that it’s actually been the past eight years, including the current year, that have been the warmest in the history of record-keeping. So the records keep falling one atop the other.

Consider the “100 year” flood. These are supposed to be floods of such monumental size and destructiveness that they are expected to hit flood prone areas only once every hundred years. To be more precise, every single year there’s a 1% chance of a hundred year flood. That idea, a useful reference point for all journalists reporting on the disasters that follow flooding, informs everything from insurance rates to coastal development plans to the planning of municipal water systems, dams and reservoirs, and on and on, since human civilization relies upon access to and storage of water.

Alas, that calculation, too, has been blown out of the water by … the water. Researchers at Princeton studied the FEMA flood maps and concluded that “100 year floods will be happening every 1 to 30 years,” most notably along the shorelines of the southeast Atlantic and Gulf Coast.

So amid this uncertainty, here are a couple of potential storylines to consider:

The Certainty of the American Climate Refugee

The Department of Interior recently announced grants totaling $10 million to enable five tribal communities in Alaska and the Pacific Northwest to move their homes out of the way of the rising sea. In their grant applications, the communities had to identify the precise set of climate-related threats they face. Those applications are like clues to what many other residents of coastal communities experience or will shortly be experiencing — the cutting edge of a population that could ultimately count in the millions.

Do the circumstances they face resonate with any similar challenges faced by communities in your own region? Are there similar factors at play in local authorities planning — or not — for a “managed retreat”? Might any of these places preparing for the next round of grants have anything to say about what it means to face the prospect of being ousted from their homes, either inside or outside the United States? And outside the U.S., do the precarious circumstances here echo the challenges faced by those who, often with far fewer resources, face similarly destructive erosion of the ecological systems that have sustained them?

The Certainty of the Shrinking Coastal Tax Base

Climate Central has issued a handy guide to what the rising sea levels and extreme weather means for local governments’ collection of property taxes. By mid-century, Climate Central reports, more than 648,000 individual “tax parcels” — aka homes and businesses — will be at least partially below the tidal line,  which means either more barricades to be built or abandonment of the properties. This could be a time bomb impacting municipal budgets — maybe one nearby — for decades.

Those are just a few ideas from the front lines of where the uncertainties become unavoidably certain. Nor is any extreme phenomenon singular to itself; each is connected, either directly or through a cascade of consequences, to other extreme events.

And now for some rock ‘n’ roll. The band Coldplay allows us to consider the increasingly hot question of what is actually a “sustainable”— i.e., low greenhouse gas-emitting — fuel.  In early 2023, the band will launch a “Music of the Spheres” global tour, and has declared a commitment to reduce its carbon footprint by at least 50%, compared to an earlier, pre-pandemic tour, for every aspect of the performances, from the staging to the lighting to the transportation. To do so, the band partnered with a Finnish energy company, Neste, the world’s largest biofuel producer, to provide what the company calls “sustainable” diesel fuels for the trucks and airplanes the band requires.

But how sustainable those fuels are is a question that governments in Europe and the United States are grappling with and is not settled — as Coldplay no doubt may soon learn.

Neste has been heavily criticized in the past by European NGOs for relying on palm oil for so-called sustainable aviation fuels, despite the deforestation associated with harvesting palm oil from plantations in Indonesia, Malaysia and elsewhere. And here comes another twist, which lands us in Martinez, California, where Neste has entered into a joint venture with Marathon Petroleum, which is retrofitting one of its oil refinery facilities into processing biofuels. Among the major sources of feedstock for the facility, scheduled to reopen next year, will be soybeans, according to the company’s own permit application.

But the boom in soybean oil as an alternative to fossil fuels has coincided with an acceleration in deforestation in Brazil — where the band will be playing 10 dates in March — and elsewhere, according to a 2020 report from the British NGO Transport & Environment. In September, citing environmental concerns, the European Parliament voted to phase out all uses of soy for bioenergy purposes in Europe, a move that is awaiting final approval by the European Commission.

In other words, Coldplay could soon enough discover that it has partnered with a Finnish company relying on a fuel source in California that may well be blocked from all such uses in the European Union, of which Finland is a member. As California and other states move toward renewable biofuels, such quandaries and the matter of what is actually sustainable will no doubt become ever more common. As Coldplay once famously sang, though the context was different, “Nobody said it was easy.”

The first week of INMD options trading is September 16

Walgreens, Constellation Brands, RH and others