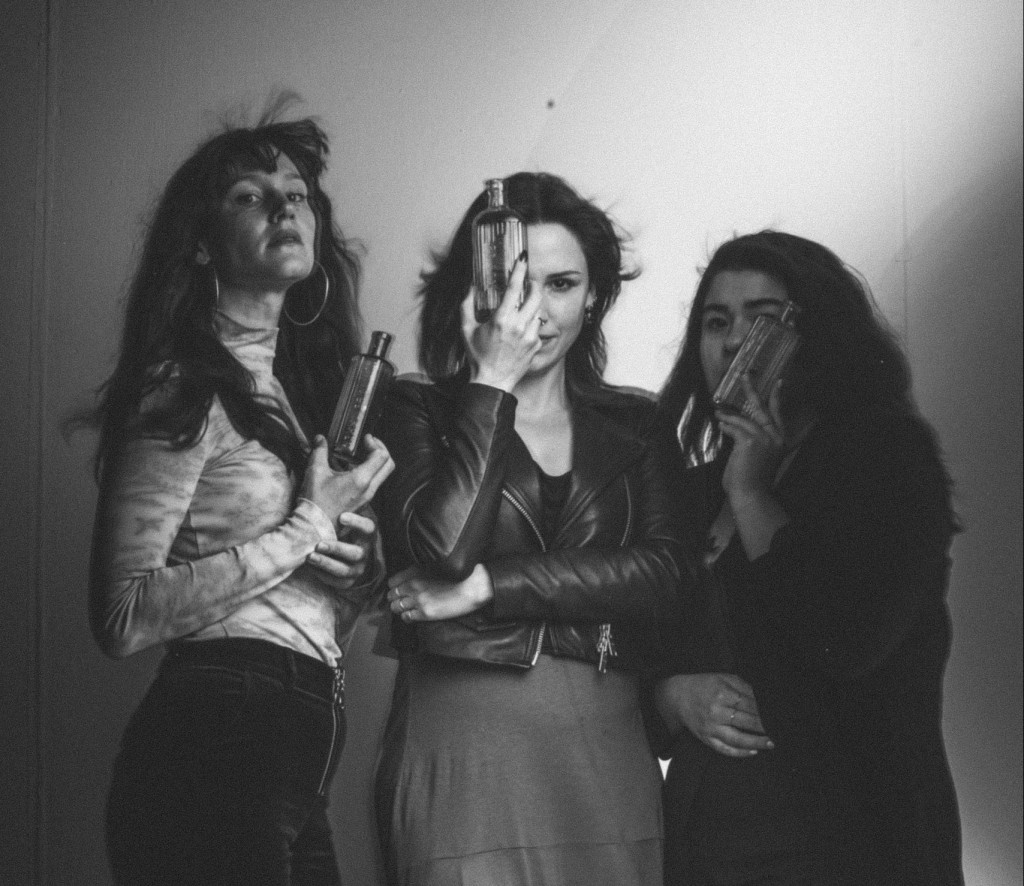 An intermingling of cool days between warm remnants of a Midwest September conjures memories of damp earth beneath fallen leaves and smoky, sweet marshmallows over a crackling wood fire.

The same could be said about For Strange Women’s perfumes. Meticulously crafted and poetically described for their predominantly online clientele, Kansas City’s women-owned and gender-neutral indie perfume brand illuminates landscapes and atmospheres buried deep within the subconscious.

When Jill McKeever conceived For Strange Women almost 14 years ago, perfume creation served as an antidote to the burnout she’d experienced in film and music production.

“I was able to go in every direction, and it fit together instead of dead-ending. It was an expression of everything I liked. You just never know what’s going to stick sometimes,” McKeever says.

What started as a solo Etsy endeavor has grown into a three-woman business with a loyal online following, and, more recently, a public storefront in the Crossroads. Within a few months of starting For Strange Women, McKeever accepted that in-house production would require a few more hands. For a while, she relied on seasonal assistants, and a few stuck around. Tara Milleville—head of production and order fulfillment—handles the tape gun with frightening efficiency. “Tara has been quite consistent…she’s the boss now,”  McKeever says.

Ash Miyagawa—illustrator and designer currently based in Chicago—assists McKeever with the brand’s delicate and timeless designs. McKeever discovered Miyagawa while she studied at the Kansas City Art Institute. She was working across the street at Oracle KC, as well as Lulu’s and Mildred’s, and McKeever assumed she was three different people.

“She still works the same way,” Milleville chimes in while packing orders. “She still does the work of four people.”

McKeever’s reluctance to expand has been conscientious. She has rejected opportunities to sell to larger companies, such as Urban Outfitters, to preserve the quality of her product and brand. The only way to navigate natural ingredients is by minimizing their scale. For Strange Women perfumes use essential oils, resins, and plant extracts, and these supplies are vulnerable to weather, war, and other disruptions.

“And if something is not possible to make, we discontinue that perfume—or several—and replace them with blends that we know we can sustain longer,” McKeever says. “There are a few European and Japanese manufacturers that make the best products on the market for natural and synthetic ingredients, and that’s kind of it.”

Whereas lavender is extremely accessible because it’s easily grown and easily distilled, an attar—commonly presented as rose or jasmine—requires several days of cooking in a pot with sandalwood and is therefore more difficult to come by. So how does McKeever decide on ingredients? Much like her start-up days, her process remains highly experimental.

“I have a catalog of scents in my mind. I work with between 200 and 300 scents. There are themes. I remember how they all smell and how they interact with others,” says McKeever, who claims to have synesthesia.

For Strange Women’s site encourages clientele to accustom themselves to a thematic understanding of scents, too. Patrons can choose fragrances based on season, scent profile, and feeling, such as “healing/grounded” or “seductive/obsessed.” And for those of us seeking a more straightforward guide to our perfect scent, the site features a quiz designed to do just that.

“Most of my perfumes are a nostalgic reference to something I miss or remember in my life–experiences I’ve had or places I’ve been,” McKeever says.

Every month, in alignment with the new moon, McKeever creates a new scent. Her most recent is called “1993,” which interweaves amber with spice and patchouli. It’s earthy and playful, with top notes of sweet resins. The melange evokes images of album covers and sepia tones from advertisements from the ‘90s. “That one’s a little weirder; it’s not as concrete or literal as some of my other scents,” McKeever says.

Nonetheless, Milleville wore a test batch of “1993” out, and a 40-something-year-old passerby asked, “Who smells like high school?”

“Winter Kitty,” one of For Strange Women’s earlier scents, is described online as “the scent of a house cat returning from a winter walk with chimney smoke and brisk air captured in their fur.”

McKeever’s fragrances often emulate the natural: forest, mountains, or the ocean. She seeks to attune individuals to the subtleties of the earth. She has three gardens at home for vegetable, medicine, and aromatic purposes. She advocates for cultivating a relationship with plants and learning to recognize how they communicate their needs.

“If you don’t have a connection with nature, you’re not going to respect it,” she says. “I’m not Wiccan, but there are a lot of Pagan principles at work in what I do.”

For Strange Women’s scents are available as solids and lip balms, as well as oils. Additionally, the shop carries essential oils, elixirs, candles, and incense. And if you’re absolutely enraptured by a particular scent, decorative amulets allow infinite accessibility.

Three women who capture the wild spirits of the earth in the form of elixirs and perfumes? To answer your burning question: no, they are not witches.

Three physicists won the Nobel Prize for discoveries in the field...

Fibre2Fashion will be a Knowledge Partner at the 37th IAF World...