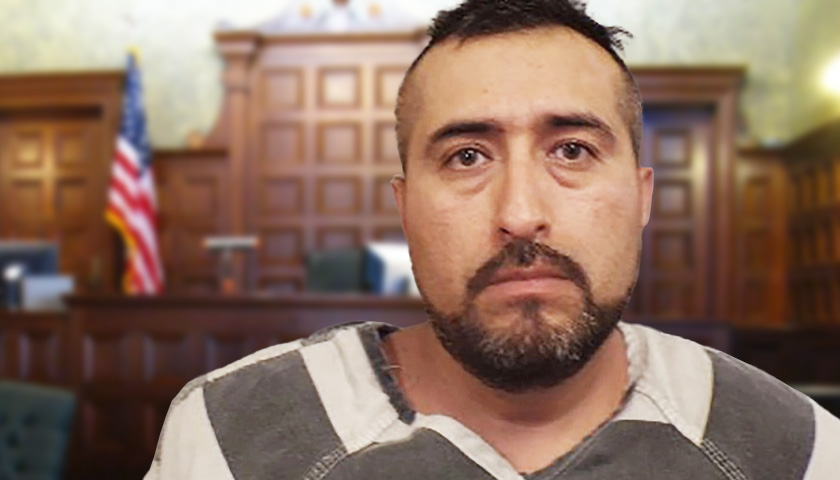 The alleged kidnapper of a 12-year-old girl in Alabama was a previously deported illegal alien, an Immigration and Customs Enforcement (ICE) spokesperson confirmed to the Daily Caller News Foundation Thursday.

José Paulino Pascual-Reyes, 37, who was arrested for alleged kidnapping in the first degree about 25 miles from Auburn, Alabama, was deported in 2014 and is currently in the U.S. illegally, the ICE spokesperson told the DCNF. He has since been charged with three counts of capital murder, Tallapoosa County Sheriff Jimmy Abbett told the DCNF.

It is unclear when he returned to the U.S., according to the ICE spokesperson.

Authorities found the decomposed bodies of Sandra Vazquez Ceja and her son, 14, after searching the home located at the address, Abbett said. Pascual-Reyes, who was Vazquez Ceja’s boyfriend, was living at an address near where the young girl was found wandering the street Monday.

Before she was found, the girl was tied to bed posts as she was assaulted and kept intoxicated with alcohol for almost a week, according to WSFA. She freed herself by chewing through the ties.

Vasquez Ceja and her two children were apprehended in 2017 and were classified as “parole pending asylum,” according to Abbett.

“He was previously removed from the United States,” Abbett told the DCNF. “They came from Mexico.”

“Yesterday we had a court hearing with a judge. He was provided attorneys with an interpreter,” Abbett said.

Content created by The Daily Caller News Foundation is available without charge to any eligible news publisher that can provide a large audience. For licensing opportunities of our original content, please contact [email protected]

Is gold really worth your money?

2022 FIFA World Cup: How to stream the Croatia vs. Morocco third-place game

Dealing with a layoff? That’s what the TikTok community exists...