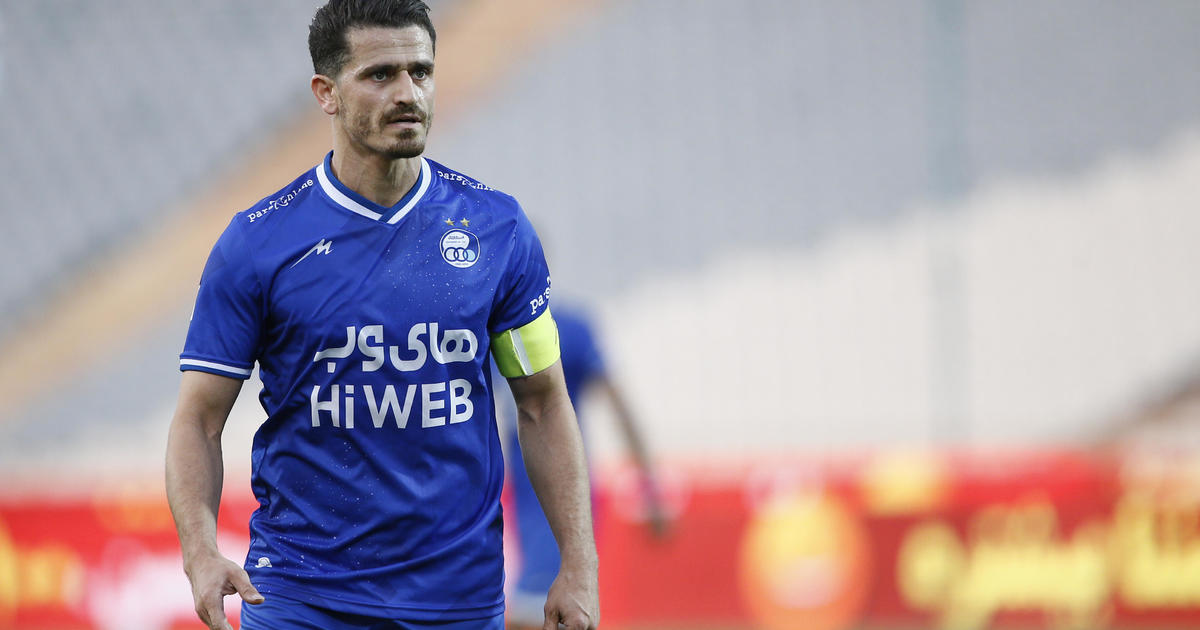 Iran arrested a prominent former member of the national soccer team on Thursday for his criticism of the government as authorities battle nationwide protests which overshadowed her World Cup competition.

The semi-official Fars and Tasnim news agencies reported that Voriya Ghafouri was arrested for “insulting the national football team and propagating against the government”.

Ghafouri, who was not selected for the World Cup, has been an outspoken critic of the Iranian authorities throughout his career. He objected to a longstanding ban on women attending men’s soccer matches, as well as Iran’s confrontational foreign policy, which has led to crippling Western sanctions.

Most recently, he offered his condolences to the family 22-year-old woman, whose death while in the custody of Iran’s morality police ignited the latest protests. In recent days, he has also called for an end to the violent crackdown on protests in Iran’s Western Kurdistan region.

Before the gesture, the team lost support from fellow Iranians in a meeting with Iran’s hard-line President Ebrahim Raisi, Holly Daggers, a senior fellow at the Atlantic Council, told CBS News this week.

Dagres said that while the team’s silence during the national anthem “may seem very important, many Iranians were already disappointed by the team’s behavior last week.”

In addition to the meeting with Raisi, Dagres said that photos showing players celebrating their World Cup berth while “protesters were killed in the streets by security forces” made many Iranians see their team as “not representative of them , but as a team of the clergy.”

The protests were sparked by the September 16 death of Mahsa Amini, a Kurdish woman, who was arrested by moral police in the capital, Tehran. They are quickly escalated in nationwide demonstrations calling for the overthrow of the Islamic Republic. The epicenter of the protests was the western Kurdish region of the country, where both Amini and Gafur are from. Shops in the region were closed on Thursday following calls for a general strike.

Iranian officials did not say whether Ghafouri’s activism was the reason he was not selected for the national team. He plays for the Khuzestan Fulad team in the southwestern city of Ahvaz. The club’s chairman, Hamidreza Garshasbi, resigned later on Thursday, the semi-official ILNA news agency reported without elaborating.

The protests show no sign of abating and represent one of the biggest challenges to Iran’s ruling clergy since the 1979 Islamic Revolution that brought them to power. Human rights groups say security forces used live ammunition and birdshot against protesters, and beat and arrested them, with much of the violence caught on video. Iran last week sentenced a person to death for participating in protest actions.

At least 442 protesters have been killed and more than 18,000 detained since the unrest began, according to Human Rights Watch in Iran, a group that monitors the protests.

The UN Human Rights Council on Thursday voted to condemn the crackdown and establish an independent fact-finding mission to investigate alleged abuses, particularly against women and children.

Authorities have blamed hostile foreign powers for the unrest, without providing evidence, and say separatists and other armed groups attacked security forces. Human rights activists in Iran say at least 57 security personnel have been killed, while state media reports a higher toll.

Protesters say they are fed up with decades of social and political repression, including a strict dress code imposed on women. Young women played a leading role in the protests, removing the obligatory Islamic headscarf to express their rejection of spiritual rules.

Some Iranians are vocally opposed to their World Cup team, associating it with leaders they see as cruel and corrupt. Others insist that the national team, which includes players who have spoken out on social media in solidarity with the protests, represents the people of the country.

The team’s star forward Sardar Azmoun, who has been vocal about the protests online, was on the bench during the opening match. In addition to Ghafoura, two other former soccer stars were arrested for expressing support for the protest.

Other Iranian athletes also got involved in the fight.

Iranian rock climber Elnaz Rekabi competed without clothes made headscarves compulsory at an international pageant in South Korea in October, a move widely seen as a show of support for the protests. Upon her return to Iran, she was greeted as a hero by protesters, even though she told state media the move was “unintentional” in an interview that may have been given under duress.

Earlier this month, Iran’s football federation threatened to punish players from its beach soccer team after beating Brazil in an international competition in Dubai. One of the players celebrated scoring a goal by imitating a protester cutting off her hair.

Iran: Crisis in the Middle East

Amid the turmoil in the markets, international investors are accumulating US dollars