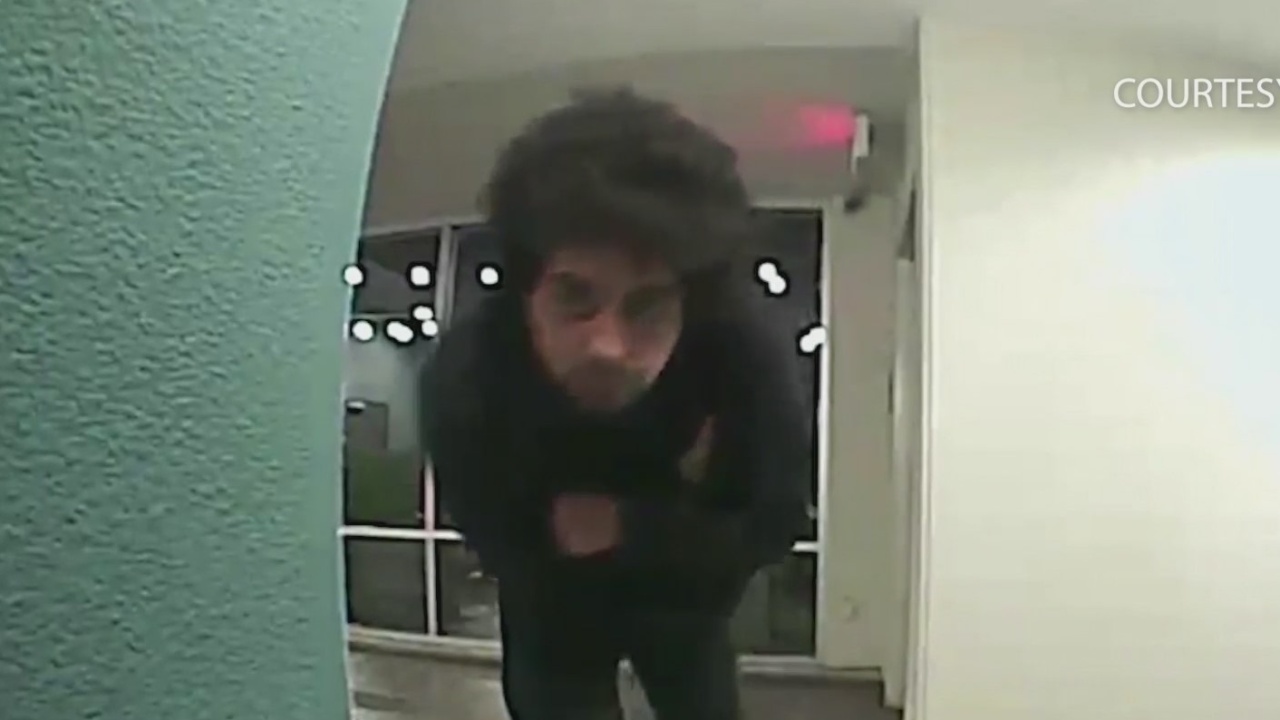 A 26-year-old Irvine man was charged with murder Friday in the stabbing deaths of two roommates at an Anaheim apartment complex.

The suspect, 26-year-old Ramy Hany Mounir Fahim, stabbed his co-worker and his co-worker’s roommate to death in their Katella Avenue apartment early Tuesday morning, according to the Orange County District Attorney’s Office.

He has been charged with two counts of murder, and two enhancements each of lying in wait, multiple murders, and the personal use of a deadly weapon.

This makes him eligible for the death penalty, according to the DA’s Office.

The victims, Griffin Cuomo and Jonathan Bahm, both 23 years old, were recent graduates of Chapman University, the university said in an email.

Cuomo and Fahim worked together at an Orange County wealth management company, according to the DA’s Office.

That morning, officers responding to reports of an assault in progress found the two men dead and Fahim injured inside the apartment. A large knife was recovered at the scene.

Neighbors described seeing blood “everywhere” in the elevator and the hallway.

At first, police didn’t know how Fahim was involved in the killings.

They later learned that a building security guard had encountered Fahim on the apartment complex’ roof at midnight, just hours before the deadly attack.

He was then seen on the same floor of the victims’ apartment in the morning. Security camera footage shared with KTLA showed him standing outside the apartment hours before the killings.

Fahim was arrested later that day.

He is now being held without bail. His arraignment is scheduled for May 6 at a court in Fullerton.

It remains unclear what motivated the attack that claimed the lives of the two young men.

“These young men were just starting to live out their dreams and find their places in the world. But an intruder who stalked them and then slashed them to death in their own home interrupted those dreams,” O.C. District Attorney Todd Spitzer said in a statement. “The callous way that two young lives were ended cannot be ignored and we will do everything we can to ensure justice is served.”

According to Chapman University, Cuomo had recently graduated with a degree in strategic communication, while Bahm had a degree in computer science from the school.

“Being such recent graduates, I know that many on campus share in the heartbreak of this tragedy. It is terrible when we lose members of our Chapman family,” Chapman Executive Vice President Matthew Parlow said in an email to the campus community.

Portland still behind on AC installation amid heat wave