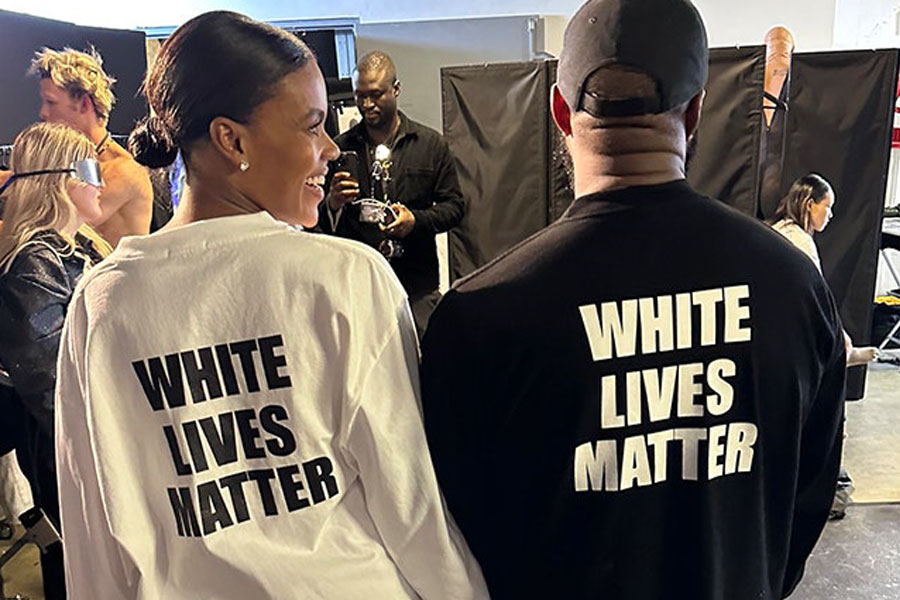 West, 45, garnered criticism on Monday when he wore a black long-sleeve shirt with the phrase “White Lives Matter” on it, which some perceived as parodying the Black Lives Matter movement. On Tuesday, amid the backlash, West confirmed his stance via his Instagram Stories, posting, “Everyone knows that Black Lives Matter was a scam now it’s over you’re welcome.”

But when asked by Carlson on Thursday why he wore the “White Lives Matter” shirt to his fashion show – some of the models at the event did as well – West doubled-down on his decision to do so, simply replying “they do.”

“They’re looking for an explanation…as an artist, you don’t have to give an explanation, but as a leader, you do,” he said. “So the answer to why I wrote ‘White Lives Matter’ on a shirt is they do. It’s an obvious thing.”

FREE DIGITAL SUBSCRIPTION: GET ONLY ‘FEATURED’ STORIES BY EMAIL

Big Tech is using a content filtering system for online censorship. Watch our short video about NewsGuard to learn how they control the narrative for the Lamestream Media and help keep you in the dark. NewsGuard works with Big-Tech to make it harder for you to find certain content they feel is ‘missing context’ or stories their editors deem “not in your best interest” – regardless of whether they are true and/or factually accurate. They also work with payment processors and ad-networks to cut off revenue streams to publications they rate poorly by their same bias standards. This should be criminal in America. You can bypass this third-world nonsense by signing up for featured stories by email and get the good stuff delivered right to your inbox.

The “Gold Digger” rapper – who appeared genuinely surprised by the anger he has generated – also admitted that there was a comedic element to the shirt as well, saying that both he and his father discussed that it was “hilarious” during a phone call.

“I do certain things from a feeling. I just channel the energy, it just feels right. It’s using a gut instinct, a connection with God and just brilliance,” he said. “I thought the shirt was a funny shirt. I thought the idea of wearing it was funny. And I said, ‘Dad, why do you think it’s funny?’ And he said, ‘Just a black man stating the obvious.’”

Due to the controversy, sneaker manufacture Adidas announced that they have put their contract with West “under review.” The rapper originally signed the contract with Adidas in 2013 for the company to manufacture and distribute items from his Yeezy clothing and footwear line.

When Carlson asked why he thought that his shirt had garnered so much negative publicity – the Anti-Defamation League declaring “White Lives Matter” as a “hate slogan” used by White supremacist groups – West replied that it was the work of “liberal Nazis” and the media who are attempting to push their views upon others.

“Because the same people that have stripped us of an identity and labeled us as a color have told us what it means to be black and the vernacular you’re supposed to have,” he said. “If we saw ourselves as a people and not a race, then we would treat our people better.”

West also spoke on his previous support for former President Donald Trump – with the rapper even wearing a MAGA hat while meeting him in 2018 at the White House – which he said caused him considerable personal hardship as friends and associates turned on him.

Dollar falls ahead of US inflation report