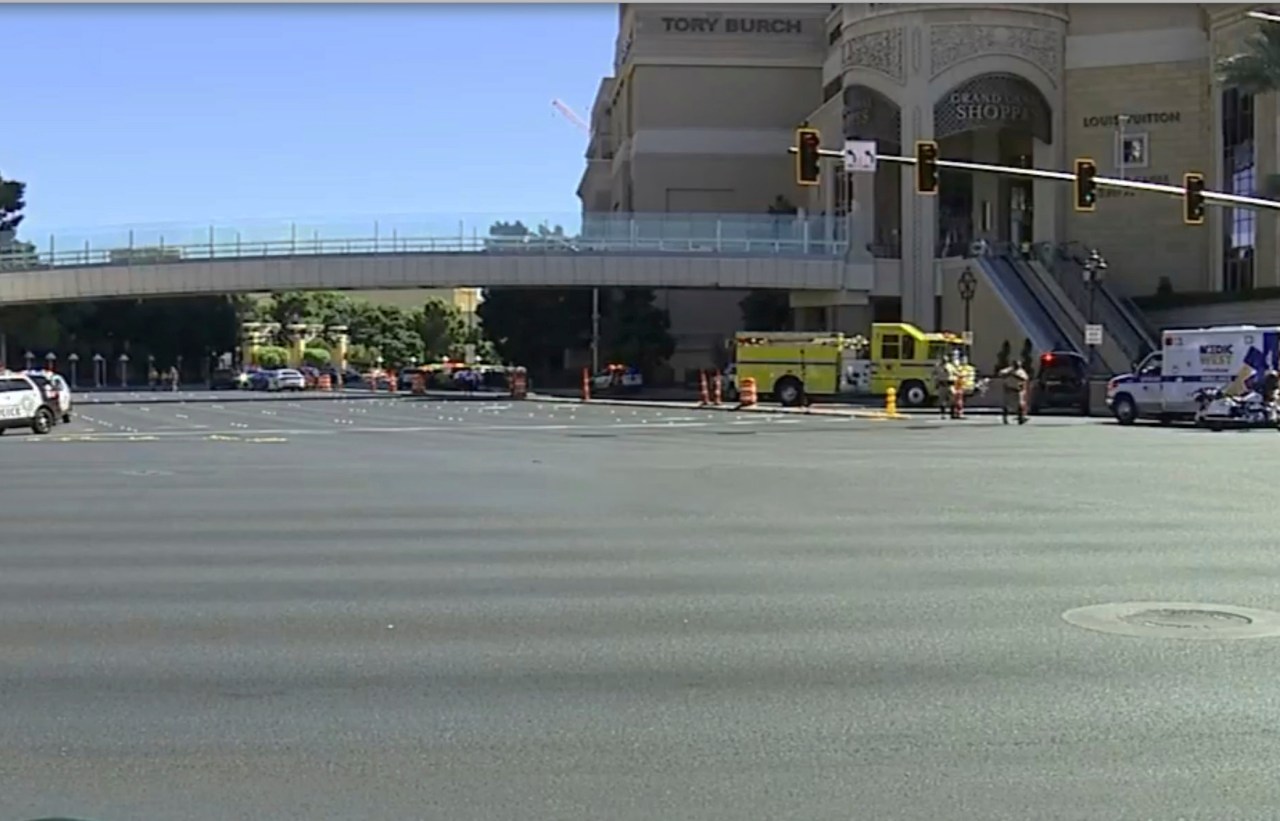 An attacker accused of killing two people and wounding six others with a large kitchen knife in stabbings along the Las Vegas Strip is expected in court Friday.

Yoni Barrios, 32, is scheduled to make an initial appearance in the afternoon, according to the Clark County District Attorney’s Office. It wasn’t immediately known whether Barrios had a lawyer who could comment on his behalf.

He is being held in the Clark County Detention Center on two counts of murder and six counts of attempted murder, the Las Vegas Metropolitan Police Department said in a statement.

Three people were hospitalized in critical condition and another three were in stable condition, according to Las Vegas police, who said they began receiving 911 calls about the stabbings around 11:40 a.m. Thursday across the street from the Wynn casino and hotel.

Barrios, who is not a Las Vegas resident, was detained by Sands security guards and Metropolitan Police officers while running on a Strip sidewalk, police said.

“This was an isolated incident,” Metropolitan Police Deputy Chief James LaRochelle said in a statement. “All evidence indicates Barrios acted alone and there are no outstanding suspects at this time.”

Police said they were continuing to investigate the motive but do not believe there was an altercation before the attacks.

The Clark County coroner’s office identified the victims who were killed as Brent Allan Hallett, 47, and Maris Mareen Digiovanni, 30, both Las Vegas residents.

The names of those wounded in the attack were not immediately released.

The initial stabbing was unprovoked and on the eastern sidewalk of Las Vegas Boulevard. The suspect then headed south and stabbed others, LaRochelle said.

The man fled and was followed by 911 callers before he was taken into custody, authorities said. Police recovered the “large knife with a long blade” believed to have been used, LaRochelle said, calling the case a “hard-to-comprehend murder investigation.”

Dewaun Turner, 47, a porter at The District at Resorts World, told the Las Vegas Review-Journal that he was walking home when he saw two people dressed as showgirls in red dresses and heels fleeing from a man with a knife. He saw one slip near an escalator to a pedestrian bridge in front of Wynn Las Vegas. The man stabbed her, jumped up and stabbed the other, then ran south toward the Palazzo, Turner said. The man with the knife didn’t say anything, he said.

Turner said he then saw the man stab a man who was walking with a woman, then stab two more women, Turner said.

One of the pair dressed as showgirls was bleeding profusely and wasn’t making a sound as the other applied pressure to her companion’s wounds, he said.

“Ten or 15 steps ahead and I would’ve been one of the people stabbed,” Turner said.

There were no other suspects in the case and “the Strip is secure,” Clark County Sheriff Joe Lombardo said.

“Locals and tourists are the victims of this crime,” Lombardo said.

Witnesses told Las Vegas TV stations that some of the victims appeared to be showgirls or street performers who take pictures with tourists on the Strip.

The suspect told a woman that he was a chef who wanted to take a picture with some of the showgirls with his knife, but he started stabbing people when the group declined the man’s offer, the woman told KTNV.

Jason Adams told KLAS that he witnessed the attack on a showgirl.

“This guy came, ran up, and started stabbing this lady in front of me and she ran around the escalators and she tried to get up under the bridge and her girlfriend was trying to help her,” Adams said, adding that the attack happened very quickly.

Pierre Fandrich, a tourist from Canada, told KTNV that he did not see the stabbing suspect as he was walking along the Strip. But he said he thought he heard “three or four showgirls laughing,” and it turned out to be screaming.

Fandrich said he saw “a lot of blood” as one woman ran across a bridge, one was on the ground, and another had a stab wound on her back as she tried to help the fallen woman.

Fandrich also told KTNV that he thought one of the victims fell from the bridge because there was so much blood on the ground.

Democratic Gov. Steve Sisolak posted a message on social media saying, “Our hearts are with all those affected by this tragedy.”

“At the State level, we will continue to work with partners in law enforcement to make resources available on the ground and ensure the Las Vegas Strip remains a safe and welcoming place for all to visit,” Sisolak said.

Millennial money: how to get a loan if you do not have them